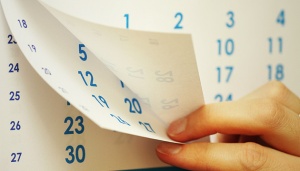 Last Thursday marked the end of my third year of blogging here at The Pietist Schoolman. It was both the best and worst year of the three.

Readership jumped another 33% over 2012-2013, but some of the most-read posts stemmed directly from posts related to being in the middle of what I called a “crisis of Christian higher education.” I fear that 2013-2014 saw me focus so often on the intersection of Christianity and education that history and its intersections with my other major themes seemed to take a back seat at times… I hope 2014-2015 brings some more balance in that respect.

And while I reached the 1000 post milestone, it forced me to admit that I couldn’t write lengthy posts on a daily basis — I was burning out, and starting to repeat myself. (Of course, no sooner had I made that pledge than I started blogging near-daily as part of my summer research project. Look for a report on that on Wednesday!) But to help ease the load and introduce some fresh perspectives, I’m glad that 2013-2014 also saw Jared Burkholder come on board every other Friday to help lighten the load (fourteen posts so far) and add valuable insights from an actual religious historian. I also appreciate G.W. Carlson contributing six posts — with a long-gestating tribute to Glen Stassen soon to come, I hope.

As always, thanks for reading and commenting. For the record, here are the twenty-five posts published in 2013-2014 that got the most reads/comments:

As always, that list is skewed towards posts from the summer and fall, since they’ve had longer to accumulate visits. The five from 2014 that are most likely to climb the list: