Let me preface this post by saying that, most of the time, I’m a big fan of Rachel Held Evans. I appreciate the way she treats her blog readers as conversation partners. I enjoy that she’s the rare Christian writer who tends to come off as more self-deprecating than self-righteous. And I admire that she generally treats the limits of her own knowledge as prompts to ask hard questions — of herself above all — and to hold in tension conflicting answers. (See her excellent May 2013 post on abortion.) I even gave a copy of A Year of Biblical Womanhood to my mother last month for her birthday.

As RHE becomes more and more popular, I hope she continues to play to those strengths — rooted as they are in humility, complexity, and particularity — and avoids the temptations presented by the mass media to make self-important, oversimplified, sweeping claims as a spokesperson for her generation.

In a recent post for CNN’s Belief Blog, RHE shares her experience of talking in churches (she primarily means evangelical ones) about their struggles to retain and draw young adults. It’s not the most sophisticated analysis of that complicated topic, but I buy her larger argument: that in the face of this pressing challenge, churches should not delude themselves into thinking that “the key to drawing twenty-somethings back to church is simply to make a few style updates” — though for a more interesting critique of this trap, see what Andrea Palpant Dilley had to say a couple weeks ago in Faith & Leadership.

Then things take a truly unfortunate turn. Having described herself as straddling the divide between Gen X and the Millennials (“I own mix tapes that include selections from Nirvana and Pearl Jam, but I’ve never planned a trip without Travelocity“), RHE starts using the first person plural on behalf of the latter group:

We want an end to the culture wars. We want a truce between science and faith. We want to be known for what we stand for, not what we are against.

We want to ask questions that don’t have predetermined answers.

We want our LGBT friends to feel truly welcome in our faith communities.

We want to be challenged to live lives of holiness, not only when it comes to sex, but also when it comes to living simply, caring for the poor and oppressed, pursuing reconciliation, engaging in creation care and becoming peacemakers.

Now, any reader of this blog should know that I long for Jesus and don’t want churches trafficking in partisan politics, homophobia, or anti-intellectualism. But precisely because I do agree with a significant amount of the critique, I wish it had been articulated much, much differently.

First, far from rebutting the stereotype that Millennials are narcissists obsessed with their own preferences, RHE presents a Millennial creed in which “We want” replaces “We believe.” Or, rather than framing these important issues as a personal confession of where one person falls short and could use the help of the larger Body of Christ (“Help me to live simply… to care for creation… to balance my allegiances…”), we get a self-satisfied manifesto in which one person ignores planks and points out specks on behalf of a generation that, we’re told, doesn’t want “predetermined answers.” (RHE, to her credit, has announced that she’s writing a follow-up post entitled “7 Reasons Millennials Need the Church.”) 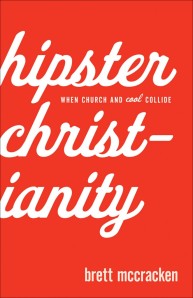 Her suggestion that church leaders trying to draw Millennials “sit down and really talk with them about what they’re looking for and what they would like to contribute to a faith community” prompted this response from Brett McCracken:

How about the opposite? Millennials: why don’t we take our pastors, parents, and older Christian brothers and sisters out to coffee and listen to them? Perhaps instead of perpetuating our sense of entitlement and Twitter/blog/Instagram-fueled obsession with hearing ourselves speak, we could just shut up for a minute and listen to the wisdom of those who have gone before?

And for pastors, church leaders, and others so concerned with the survival of the church amidst the glut of “adapt or die!” hype, is asking Millennials what they want church to be and adjusting accordingly really your best bet? Are we really to believe that today’s #hashtagging, YOLO-oriented, selfie-obsessed generation of Millennials has more wisdom to offer about the church than those who have thought about and faithfully served the church decade after decade, amidst all its warts, challenges and ups and down?

And if you’re surprised that the author of Hipster Christianity would take issue with Rachel Held Evans on her post, well… So was RHE:

.@brettmccracken Surely you know I wouldn't disagree with your points, Brett. Great thoughts, but a pretty uncharitable reading of my post.

Second, much as I might want to think that all the Millennials I know would nod along with me (I’m Gen X by a few years, but do use Travelocity, Google, a cell phone, and the other things RHE cites to demonstrate her Millennial bona fides) on elements of her manifesto, I know from having taught hundreds of them that that generation is far too diverse to permit such sweeping statements. While I’m sure she thinks that she’s pitched a big tent beneath which the lion’s share of that generation can fit, Nathan Gilmour at The Christian Humanist Podcast thinks that the “We want” statements signal particular positions within our fractious body politic:

My suggestion for understanding this confusing bit of text is to think of it in terms of social codes.  I’ve retained enough of my Critical-Theory background to remember that certain words, in certain language games, in certain historical moments, mask realities that, named differently, would make code-speakers far more uncomfortable than they would be worth.  In this case, the phenomena that Evans is naming, if one were to name them differently, might be thus: the folks who tend to be friends with Rachel Held Evans, and who tend to read her books and blog (both quality productions), and who tend to attend events at which she speaks, tend to hold political views closer to the modern DNC than the modern GOP…

Now please understand me: as an educated Christian living in the South, in other words as a member of the Rachel-Held-Evans-reader demographic, I resonate with much of this.  I can tell that she’s frustrated with the Southern GOP, and I also don’t have much patience for the Southern GOP.  And there’s nothing wrong with saying that evangelicals shouldn’t be so ready to be the GOP-at-prayer.  What troubles me is the code phrases like “too political” and “a single political party” when it’s the Southern GOP, not “politics” in the abstract, that’s on the table.  If Evans’s main claim is that Southern Christians tend not to go to church when they’re tired of the Southern GOP, then that’s something that seems to be true.

Of course, to go that course would make some folks uncomfortable: if in fact it’s one party, and not “politics” in general, that bothers folks, then that’s going to call for some self-examination that might reveal a “political” streak just as prominent as the Baby Boomers’. That’s alright, if “politics” is not a dirty word, but it will mean realizing that “we” are playing on the same field as “them,” and that might do some damage to one’s self-image as above the fray.

If Nathan’s read is right, then RHE probably speaks for the 23% who are “religious progressives” (according to a recent study by the Public Religion Research Institute). But does she represent the moderates (38%) or conservatives (17%)?

She might be articulating some of what keeps the “nonreligious” (22%) from the Church, but Hemant Mehta (also posting at CNN) would argue instead for the growing strength and diminishing stigma of atheism — perhaps some Millennials truly don’t long for Jesus. (Well, I think they do, despite affirmations of nonbelief, but that’s a different post. The point is that I’m not sure RHE’s voice is the voice of young adults who don’t just reject politically and socially conservative evangelical Christianity, but religious belief altogether.)

Then historical theologian Dale Coulter, blogging for the Center for Renewal Studies at Regent University’s divinity school, points out that Millennials are more diverse yet. He implicitly asks a version of the questions that every white, middle-class, Western Christian ought to ask before they make grand claims about the status of the Church: Does what I’m saying reflect what’s happening anywhere beyond the parts of the United States that I’ve inhabited? In particular, is it descriptive of the Two-Thirds World, where Christianity is growing dramatically?

…one wonders whether most who use the term millennials (or Gen X or any other generational designation) realize just how western, even–dare I say it–American(!) it is. It says nothing about global Christianity in the southern hemisphere.

It says nothing about the resurgence of Christianity in say, France. I was talking to a colleague the other day who informed me that the kind of Christianity that is vibrant and growing in France is largely charismatic Christianity regardless of whether it’s Lutheran, Reformed, Catholic, or something else. For example, the largest church in Paris is Charisma Eglise Chrétienne, which runs around 7,000 every Sunday.

It says very little about Central and South America. And how much does it actually say about Latinos/as or African-Americans in this country? Instead of taking my word for it, however, read the introduction to Diverse Millennial Students in College and you’ll get a sense for how “white” some of these descriptions are.

17 thoughts on “How Not To Speak for a Generation: Rachel Held Evans on Millennials Leaving the Church”