• While Father’s Day doesn’t seem to have been very popular when it began, I appreciated the prompt to celebrate the many accomplishments of my own father.

• I concluded my series on Pietism and Christian scholarship: how scholars love their neighbors. Be sure to read the Reformed perspective offered as a comment on each post by my colleague Tim Essenburg.

• Jared reported in on the challenges of writing institutional history. 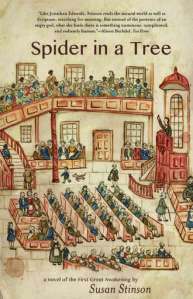 • Elesha Coffman suggested that the Emerging church movement (if that’s still a thing) may be following in 200-year-old footsteps.

• Briallen Hopper is the latest to weigh in on the revival of Calvinism, questioning just how fully its 21st century disciples could really embrace 18th century forefathers like Jonathan Edwards: “As much as modern Calvinists want to claim Edwards, they would likely have a hard time having him as their minister. Historic revivalist American Calvinism doesn’t fit too well with the New Calvinist emphasis on rigor and dignity. As [Susan] Stinson’s novel [Spider in a Tree] suggests, it is risky, irrational, and potentially highly undignified to actually let yourself feel the emotional implications of Calvinist theology: to experience the squirming self-loathing of the wholly despised, the paralyzing and shattering abasement of the utterly helpless, and the wild and trembling abandonment of a sinner glutted on grace.”

• Gracy Olmstead on reading in an age of shortening attention spans: “…it seems rather hubristic of us to demand that the writing medium dilute itself to fit our modern tastes and weaknesses. Despite the fact that short reads can be powerful, we should also encourage habits of focus, of long-term concentration. This is possible for modern readers to do—they just need to take the time to do it.”

• I’ll offer a fuller report next week on our digital history project on Bethel University’s experience of a century of modern warfare, but our blog has been busy. Among other posts, Fletcher wrote about the Vietnam War as a catalyst for the development of the “evangelical left,” and I considered how our work constitutes “preargument” or even “nonargument” scholarship and told the story of Bethel’s first World War I casualty.

• WWI also plays a prominent role in the story of Iraq, back in the news again this week. 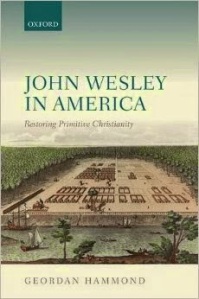 • Last Saturday I mentioned the New York Times‘ coverage of the Festival of Homiletics. Steve Thorngate asked if there’s a good reason why its largely mainline preachers don’t attract the same level of fame as their evangelical counterparts.

• I like Jimmy Fallon as much as anyone — anyone, that is, but Zach Hoag, for whom watching the newest version of The Tonight Show has “become a spiritual discipline for me precisely because it restores my faith in the reality of joy. And not just any joy. A divine kind of joy. A joy beyond circumstances.”

• If you enjoyed Geordan Hammond’s chapter in our Pietist Impulse in Christianity collection, then look for his new book, John Wesley in America. Here he’s interviewed by John Fea.

• Speaking of the distinguished chair of the Messiah College history department… Jared’s post on institutional memory made me think of John’s ongoing series about his work writing the history of the American Bible Society.

• Heath Carter’s interview with Matt Hedstrom and Bob Elder is a pretty good introduction to the past and future of one of my favorite organizations, the Lilly Fellows Program. I was especially taken with Hedstrom’s closing observation: “We need to rally in defense of the liberal arts—in defense of education for thoughtfulness and meaning, for living the fullest possible life. Politically, an alliance between Christians and other religious folk, on the one hand, and secular academics who care about a liberal education, on the other hand, is vital. This has to be an all-hands-on-deck effort, and the LFP program is a site, perhaps uniquely so, where religious and secular academics, who are often suspicious of each other, can come together.”

• I’m writing this post in a coffee shop in Cedar Falls, Iowa, about 150 miles from the small Iowa town that is an unlikely center of Transcendental Meditation in America. Paul Putz told that story this week at the Religion in American History blog.

• Once we’re done visiting my in-laws, we’ll drive back to Minnesota. I’m one of the few natives of that state, apparently, to have a completely uncomplicated relationship with the movie Fargo. When I first saw it in a theatre in Williamsburg, Virginia, it made me homesick, and it’s still one of my five favorite movies.