Apart from sharing a couple of podcasts recorded “live” in London and Paris, I didn’t do much here at Pietist Schoolman during our three-week travel course on World War I. Over at The Anxious Bench I did find time to write about the history of time travel and to collaborate with Beth Barr and Kristin DuMez on a list of twelve books by women that evangelicals should read.

Then here’s some of the January reading I’ve been trying to catch up on since coming back from Europe: 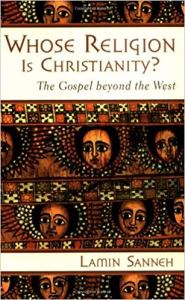 • RIP Lamin Sanneh, one of the most significant historians of world Christianity, and Gary Gutting, whose philosophical posts for the New York Times I’ve often shared in these Saturday links wraps.

• On our Europe trip, we tend to encourage students to visit more historic churches, like St Paul’s Cathedral in London and Munich’s Frauenkirche. But several of them would rather check out the local chapter of Hillsong, which one scholar argues has thrived because it serves “to subvert church and state confines.”

• I’m about to launch a new podcast on sports with a couple of Bethel colleagues, so I was interested in Seth Wickersham’s long report on the problems of the Cleveland Browns. But I wasn’t expecting to find disgraced megachurch pastor Bill Hybels show up two-thirds of the way through the article — in the middle of the sexual harassment scandal that led to his departure from Willow Creek.

• Are wealthy evangelicals starting to rethink their financial support of a Republican Party controlled by Donald Trump?

• I’m glad my blogging hiatus kept me from being tempted to comment on the Covington students and their MAGA hats. The best takes I read on that kerfuffle: Farhad Manjoo’s conclusion that journalists (and probably others of us) need to rethink how we use Twitter; and Mike Pesca’s response, unusually nuanced for something in Slate.

• With a temporary budget deal in place, the public historians of the National Park Service can now get back to their important work. 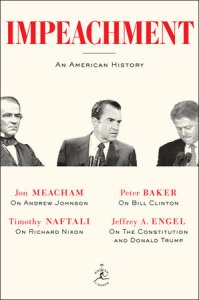 • And maybe Congress can now take up its most important work for 2019.

• That is, if it can get past the senator whom one leading historian suggested our discipline may look back on as “the gravedigger of American democracy.”

• What can the Old Testament teach us about friendship and loneliness in an age of social media?

• No, you really shouldn’t put much stock in that DNA test you took.

• Some more fodder for that sports podcast I mentioned above (stay tuned for details later this week): this Ringer piece on the decline of football in one of its traditional hotbeds.

• “What are you watching?”, I asked my wife last night. “Marie Kondo.” And thanks to my my Anxious Bench colleague Melissa Borja, I actually knew what she was talking about.

• This Chronicle oped starts off sounding like yet another dismissal of the lecture, but stick with it to get some ideas that dovetail well with good lecturing.

• But, as David Brooks reminded us, teaching and learning are matters of love and emotion as much as reason and method.

• Glad to see that my friend John Schmalzbauer is getting some significant attention for the new book on religion and higher education that he co-wrote with Kathleen Mahoney.

• Last, but certainly not least: why the humanities — and perhaps history most of all — are so important in a time when “public culture can be quick to attack, castigate and condemn.”