That’s what Harry Potter murmurs at one point in The Goblet of Fire, the fourth story in J. K. Rowling’s series. The wizard-in-training walks into what had looked like a tiny, nondescript tent and finds that it is impossibly large and opulent. I love magic.

I’m not sure how I can explain this, but… sometimes I step back from what I get to do and want to say something similar: I love history.

Like Harry in the world of magic, historians can become so accustomed to what we’re able to do in the lost world of the past that we take it for granted. But then we experience a sudden moment of re-realization: something happens and we see again, as if for the first time, the power of what we can do. And we have to smile and murmur, I love history.

One of those moments happened to me Monday afternoon. I was at a screening of Peter Jackson’s new documentary about World War I, They Shall Not Grow Old. As I explained to Anxious Bench readers yesterday, I found Jackson’s work as astonishing as anything he had done with the Lord of the Rings trilogy. Through a mix of technical inventiveness and compassionate curiosity, Jackson and his team truly made it seem like they had brought to life British soldiers on the Western Front.

The whole project rested on several years of film preservation effort, as Jackson’s crew went through 100+ hours of period footage from the Imperial War Museum. Artifacts of a certain historical event that were being eroded by the passage of time, the film cracked, faded, and discolored. In a post-screening making-of documentary, Jackson explained that some film was so dark that previous documentarians had assumed that it was unusable. But as we watched a brief scene of women working in a munitions factory, Jackson explained that it was possible — with painstaking effort — to recover the original images. Suddenly, it was as if the darkness was peeled away, and we saw those “canaries” with as much clarity as early 20th century black-and-white film could allow.

And I’d heard versions of the same reaction several times during the film itself. It was as if, NBC journalist Harry Smith said in introducing a Today Show piece on Monday, Jackson had “waved a magic wand.”

Now, Jackson insisted that They Shall Not Grow Old was a “film made by a non-historian for non-historians.” But it was impossible for me not to watch the magic in his filmmaking and not think about the magic in the practice of history.

First, we historians have to acknowledge that what we’re trying to do is, well, impossible. My favorite description of the problem comes from Peter Charles Hoffer’s The Historian’s Paradox: 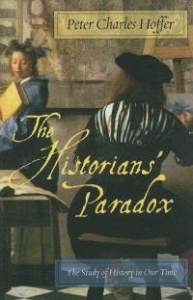 Early in my career of teaching history at the college level, nearly forty years ago, I found myself writing and lecturing confidently, positive about something I could never really know, trying to take my students and readers back to a time and place where I had never been, asking them to believe what I said and wrote about it. I supported my writing and teaching with voluminous citations to authorities who in retrospect had engage in the same impossible task. We call this exercising the historical imagination, as if by some magic of naming an impossible act we can perform it.

There’s that word again. Here Hoffer’s use of “magic” could suggest a more cynical reading: that historians are like professional magicians rather than Rowling’s wizards and witches, performers whose act depends on their having enough chutzpah and legerdemain to make the audience believe, however fleetingly, that what they’re seeing isn’t a trick, that what they know to be impossible might actually be happening.

So every once in a while I half-want a student or reader to call balderdash on our act. I want them to say out loud what Hoffer and I tell ourselves: that the past has passed and is gone, never to be returned to. In a couple weeks I’ll again take students to Ypres and the Somme, the places where most of Jackson’s documentary is set. But we can’t go back to 1914-1918.

And yet, Hoffer continues, “I knew that if my travel back through time and space was impossible it was nonetheless necessary, for what is a people without a history?” That’s the principal paradox of his title: history is both impossible and necessary. And so, Hoffer decided, we are called to engage in the greatest magic of them all — the magic that enabled Harry Potter’s triumph over Voldemort, the old magic that let the Lion defeat the Witch on the other side of C.S. Lewis’ wardrobe:

Historians bring to life what is dead—surely the most impossible of all quests, yet the most humane.

In other words — words that I wrote last year — historians “practice resurrection… It is no small thing to breathe life into what remains of the past by teaching, speaking, and writing about it.”

But we have to start with “what remains of the past.” Unlike Rowling, we can’t tell stories about a universe that we conjured out of our imagination. So, just as Jackson’s team worked to make that overlooked film of munitions workers come to brilliant life again, historians regularly use their craft to make something meaningful out of evidence that others would pass over without a second glance. Sometimes the magic comes from piecing together disparate fragments until an image starts to take shape; sometimes, it’s finding a pattern in an overabundance of data. Almost always, it depends on the related magic of archivists, librarians, technicians, and others who preserve “what remains of the past” for us.

It sounds mundane. Nothing like a spell or potion that defies laws of nature. But if you read a history book or listen to a history class, pay attention to the craft that breathed life into dead evidence.

Or you might even smile and murmur, I love history.

One thought on “The Magic of History” 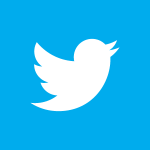