• In the running centenary commemoration of World War I, yesterday was a particularly important moment to remember.

• Maybe especially because it came just over a week after British voters — including nearly 60% of Christians — decided their country should leave a European Union whose leading member is Germany.

• I tried to help Anxious Bench readers understand why anyone in 2016 would call himself a Pietist.

• Just last week I was thinking that it’s been a while since I posted anything in the “Less Serious” category… Cue three different posts that were (to varying degrees, I fear) humorous: I collected some of the very funny #iftrumpwereevangelical and #MethodistHillary tweets that were flying around Twitter on Monday and Tuesday, then offered a Trump-themed, Lettermanesque post of my own.

(On that last post, which caused one commenter to question how I could call myself a follower of Jesus Christ… I do regret that one joke, shortened to accommodate Twitter’s character count, could have been read as implying that no one of conviction could possibly vote for Donald Trump. I meant to needle Republican officeholders who once resolutely opposed Donald Trump, then suddenly dropped those objections once it became clear that he would be the nominee. But I’ve written before that it’s possible to have good reasons to support a terrible candidate, and that those of us on the other side should seek to understand those rationale. As for the rest of it… I don’t see any reason why a Christian can’t attempt — perhaps unsuccessfully in this case — to ridicule the ridiculous, and I can only hope that doing so might persuade at least one Trump supporter to rethink that position.) 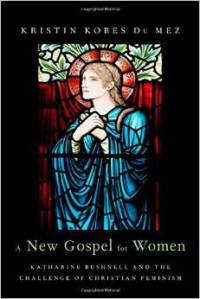 • Or just read Leslie Leyland Fields at Her.meneutics, reflecting on her own experience of attempting satirical political commentary and being “chided… for failing to speak ‘with truth and grace.'”

• Kristin Kobes Du Mez debuted at The Anxious Bench with a post on the importance of history and memory within Christian feminism.

• See also Beth Allison Barr’s post, which asked what medievals thought about the subordination of Son to Father within the Trinity — and what, if anything, that had to say about marriage and gender roles. (A huge debate in certain theological circles right now.)

• Evangelical History proved itself willing to ask hard questions about its titular subject, with four historians reflecting on the problematic role of white evangelicals in the history of segregation and the civil rights movement.

• Roger Olson might not be done blogging after all…

• RIP bluegrass star Ralph Stanley, who died at the age of 89. Read David Cantwell’s tribute to learn more about one of the most distinctive singers in the history of American music, perhaps best known to general audience for his a capella performance of “O Death” on the O Brother soundtrack: “That something as universal as a man praying for safe passage to another year was deemed exotic and haunting by contemporary audiences, rather than as ordinary and human, says more about us, I think, than it does about Ralph Stanley.”

• “The erection of monuments is a form of history-writing,” wrote Evan McWilliams for Front Porch Republic. “The figures we memorialise, the texts we select, are not chosen because they held real significance, though often they did. They are chosen because we wish to see ourselves bettered by their example. Monuments are not primarily about the event being commemorated; they’re about the ones doing the commemorating. And what they say about the past is far less weighty than what they say about the future.”

• Should the UK (or at least England and Wales) actually withdraw from the European Union, it would be significant, but not shattering. Then there’s the possibility of “Frexit”…

• Then there’s Germany, whose chancellor might be leading a “Restructuring of European Christianity.”

• I’ve been trying to take a break from commenting on controversies in Christian higher ed after it dominated so much of my writing in 2015-16, but a much-debated bill in the California state legislature has drawn much attention from conservative Christians fearful that anti-discrimination legislation will threaten the religious freedom of Christian institutions of higher learning. (Note, however, that this bill has been much amended since originally being introduced — H/T John Hawthorne.)

• Over a half a century after firing a left-leaning professor in the middle of the Cold War, Grove City College apologized — and was removed from the American Association of University Professors’ censure list.

• The Atlantic published two essays that helped push back at troubling trends in higher ed: Rebecca Rosen questioned the growing use by colleges and their applicants of “return on investment” as a measure of value and success; and Yoni Appelbaum warned that students in professional programs like business badly need the liberal arts: “Put simply, business majors seem to be graduating with some of the technical skills they’ll need to secure jobs, but without having made the gains in writing or critical-thinking skills they’ll require to succeed over the course of their careers, or to adapt as their technical skills become outdated and the nature of the opportunities they have shifts over time.”