Today I’m happy to announce an event that will be of interest to many who read this blog, listen to its podcast (new episode coming later today!), or might be anticipating our forthcoming book on Pietism:

The 2016 Bethel Colloquium on Pietism Studies

I’ll be coordinating the colloquium with my colleague Christian Collins Winn (co-author, with Roger Olson, of Reclaiming Pietism: Retrieving an Evangelical Tradition). It’s the third such event that we’ve worked on together at Bethel, following the 2009 research conference on “The Pietist Impulse in Christianity” and the inaugural colloquium in 2012, which featured a keynote address on Pietism and Anabaptism by Scot McKnight. (You can still find audio from the 2012 event on iTunes U, and the 2009 proceedings were published in 2011.) Also like those other events, this one is possible thanks to the generous support of Bethel’s administration – in particular, provost Deb Harless. 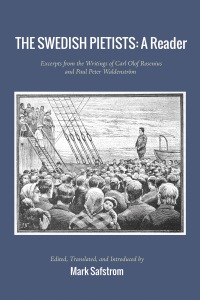 As in 2012, the December colloquium will be a one-day event, open to the public and aimed at general audiences. This year we’re focused on exploring some of the margins of Pietism studies and how Pietism has been reinvented in different historical and contemporary contexts. I’m sure we’ll add a couple of our Bethel colleagues as moderators or respondents, but here are the speakers that are already confirmed:

• After some introductory comments from Christian, we’ll start with a session on the history of Scandinavian Pietism, featuring two scholars who last year published books on that topic. Mark Granquist of Luther Seminary not only published the first new history of Lutherans in America in decades, but edited a Scandinavian Pietist reader for Paulist Press. Mark Safstrom of the University of Illinois (and chief editor of Pietisten) published his own translations of two leading Swedish Pietists: C. O. Rosenius (this year marks his 200th birthday) and P. P. Waldenström.

• Then our keynote address will feature the story of an African-American pastor who has been shaped by the legacy of Scandinavian Pietism. Efrem Smith, president and CEO of World Impact, will reflect on the “missional Pietism” that he learned as a pastor and conference superintendent in the Evangelical Covenant Church, a denomination founded by Swedish immigrants that it is now increasingly multi-ethnic.

• After a lunchtime Q&A with Efrem, the afternoon will open with another Covenanter: Michelle Clifton-Soderstrom of North Park Theological Seminary. We’ve asked Michelle to revisit the chapters in her 2010 book on Pietist ethics on Johanna Eleonora Petersen and August Hermann Francke and explain how a Pietist ethos informs her understanding of the relationship between gender and Christianity and her commitment to social reform (in particular, her educational work in prisons).

• Finally, Michelle and Mark (Safstrom) will present a rough cut of their in-progress documentary film on the history of Pietism: God’s Glory, Neighbor’s Good.

I’ll share more details as this event takes shapes, but we certainly hope that you’ll be able to attend!

3 thoughts on “Save the Date: The 2016 Bethel Colloquium on Pietism Studies”