• Can Christians rehabilitate the word “piety“?

• Video footage from that trip featured in the latest webisode from our department.

(For still more… I highly recommend this memoir of the trip written by one of our students.)

• Derek Thompson’s article, “The Miracle of Minneapolis,” produced in inappropriate degree of boastfulness among us Minnesotans (judging by my Facebook feed, at least). But are the many benefits of life in the Twin Cities area available to the 20% of residents who aren’t white?

• Ruth Graham asked why women are so much more susceptible to anti-vaccination claims than men — and why it’s so hard to talk about that disparity.

• Phyllis Tickle: “Whatever the female of the 22nd century is going to be spiritually, we just don’t know.”

• Guess which animated movie, when “viewed through the lens of Lutheran theology” may actually be “a stunning, if accidental, allegory for Christian faith and life.”

• Ash Wednesday produced a lot of interesting reflection in the blogosphere. Two highlights: Lily Burana on courage and repentance; and Jim Stump on hearing “to dust you shall return” in light of evolutionary biology.

• The execution of twenty-one Egyptian Christians by ISIS fighters in Libya led Collin Garbarino to reflect on the theology of martyrdom. 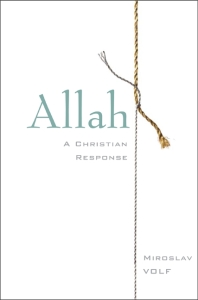 • His claim that “America was founded by folks who thought like” Islamist extremists will get the publicity, but read Miroslav Volf’s entire interview with Jonathan Merritt before dismissing the Yale professor’s views on Christianity and Islam.

• Which American states’ populations are more and less likely to attend church regularly? Not surprisingly, the South accounts for ten of the top twelve (Utah is #1), while New England claims half of the bottom ten.

• A pastor reflected on what it means for those with his calling to “put down roots.”

• Historians everywhere have been buzzing about Gordon Wood’s review of a new collection of essays by Bernard Bailyn. In short, Wood argues that too much American history produced by those influenced by the New Left is “fragmentary and essentially anachronistic—condemning the past for not being more like the present. It has no real interest in the pastness of the past.” While my own go-to source on U.S. history, John Fea, thought there was something to Wood’s argument, many of his blog readers and Facebook fans begged to differ. (For a more critical, but nuanced response to Wood, see this Junto post by William Black.)

• Meanwhile, Rod Dreher objected to both the right and left “politicizing” history.

• I’ve spent a lot of my life studying Nazi Germany, and I’ve read a fair amount about Mormonism. But until reading this interview, I had never once considered the response of German Mormons to the Third Reich.

• Just how effective are college history professors at teaching students to think historically?

• Some advice on how to do such teaching more effectively, from Tracy McKenzie.

• For fellow teachers: why it’s so hard and time-consuming to grade student writing, and how to rethink that process…

• …and some advice on integrating Wikipedia into courses.

• Is the “true promise of digitization” that it will be transform “the humanities into science”? (Good Lord, no, but read on.)

• I’ve occasionally tried my hand at describing higher education metaphorically. Here’s why we engage in such description.

• This isn’t “news” by any definition of the word, but I think it’s still worth saying: It’s still worth the cost (and debt accrued) to attend college.

• Amen to this op-ed by chemistry professor Loretta Jackson-Hayes: “…if American STEM grads are going lead the world in innovation, then their science education cannot be divorced from the liberal arts.”

• Find of the week: a “new” Sherlock Holmes story by Arthur Conan Doyle!