Last week at AC 2nd, our department blog, I posted a four-part photo essay about our January travel course on the history of World War I. For those who may not want to see quite that many photos but are interested in our trip…

My attempt to sum up our twenty-one days in only eleven photos: 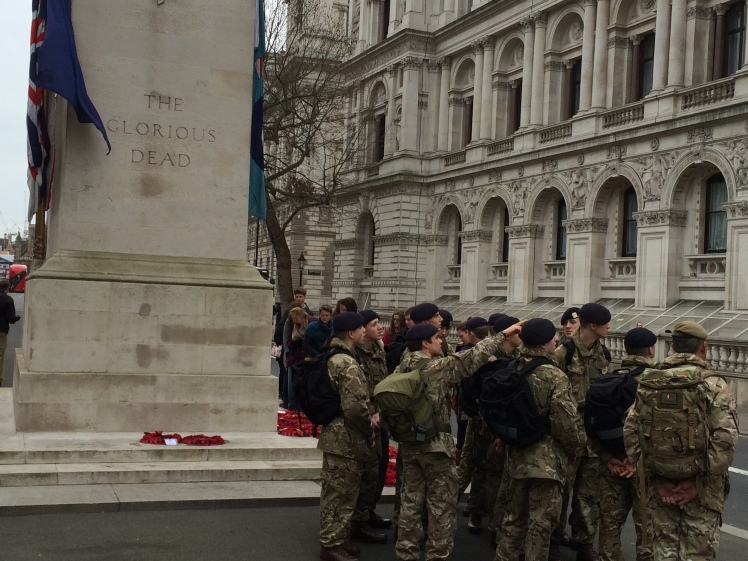 Our course began with a walking tour of central London, focused on the theme of war remembrance. There are no names inscribed on Britain’s chief war memorial, the Cenotaph. Thinking of this while young members of the Army Cadet Force gathered nearby made me consider how this “empty tomb” has room for the dead of the past, unknown but “glorious,” and the dead to come, not yet known. 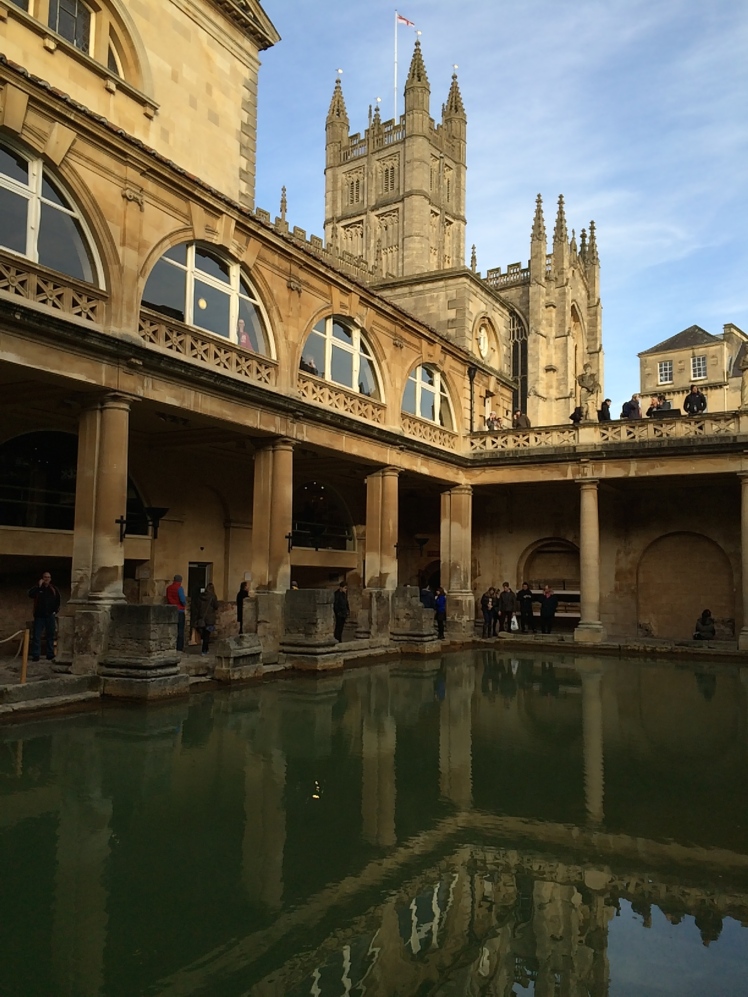 Even if focused on studying a brief period in the modern age, any traveler to Europe will soon feel like an archeologist, peeling back layers of time. As we realized on a day trip to Bath, where the Roman ruins stand in the shadow of a late medieval cathedral. (And our afternoon ended at a Jane Austen tea house.) 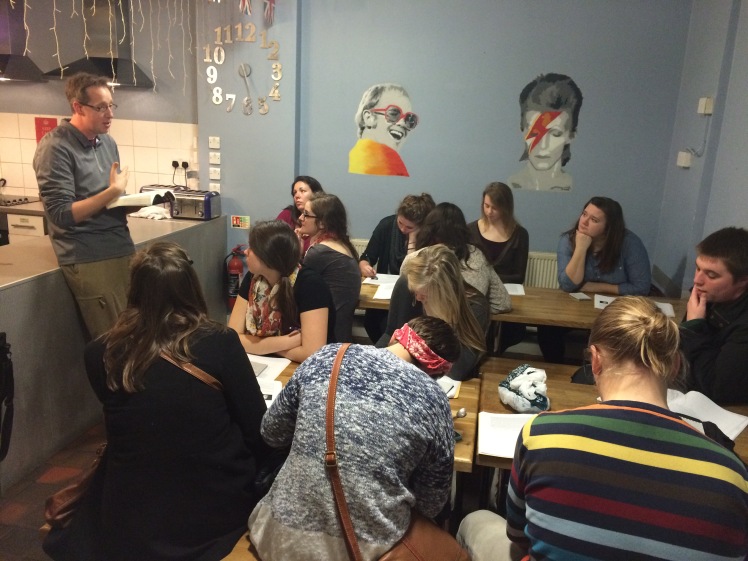 I’m only one of the professors on this trip. Here Sir Elton John and David Bowie (who declined a knighthood) listen in as my friend and colleague Sam Mulberry teaches “The Waste Land” by T. S. Eliot (a mere O.M.) in the tiny kitchen of our small London hostel. (“I had not thought death had undone so many…”) 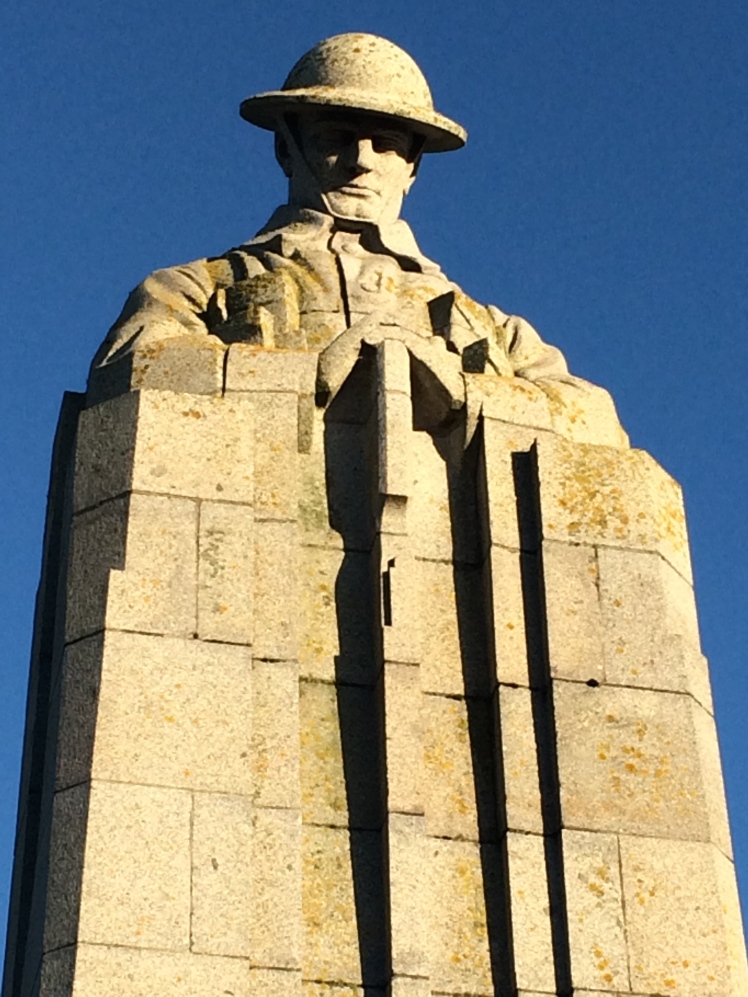 There are so many commemorative sites from the former Western Front to choose from… (See my rarely-updated but hopefully interesting war commemoration photoblog.) But the one that was most often mentioned by our students in their final papers was the Canadian memorial at St. Julien, outside Ypres. It captures a “Brooding Soldier,” lost in contemplation after having buried one of his comrades. 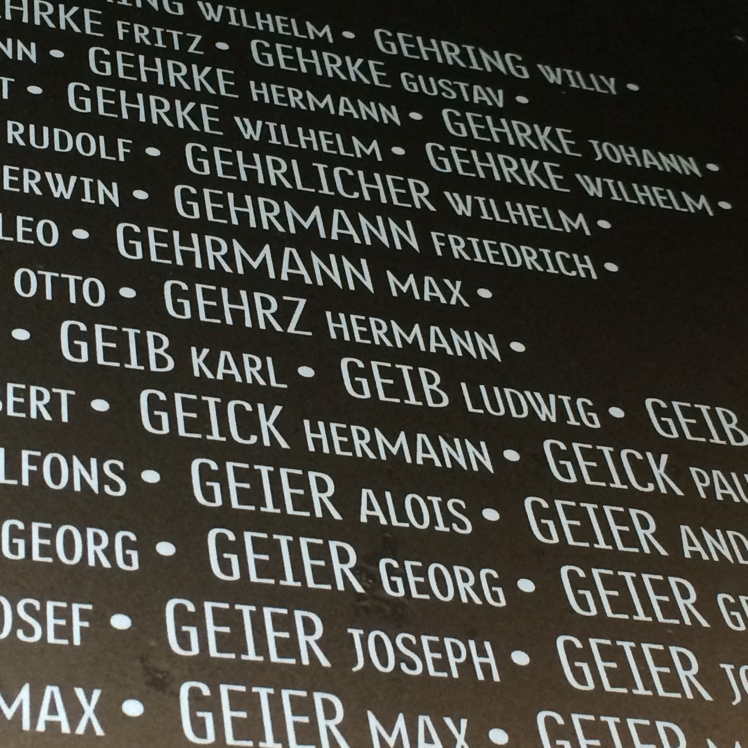 New since our 2013 trip was the enormous Ring of Remembrance built near the French military cemetery of Notre Dame de Lorette and dedicated last Remembrance Day. Costing eight million euros, its 500 sheets name almost 580,000 men who died in northern France during the war. “The ring is synonymous with unity and eternity,” explains architect Philippe Prost. “Unity, because the names form a sort of human chain, and eternity because the letters are joined without an end, in alphabetical order without any distinction of nationality, rank or religion.” There aren’t many Gehrzes in the world — but apparently one fell on the Western Front sometime between 1914-1918. 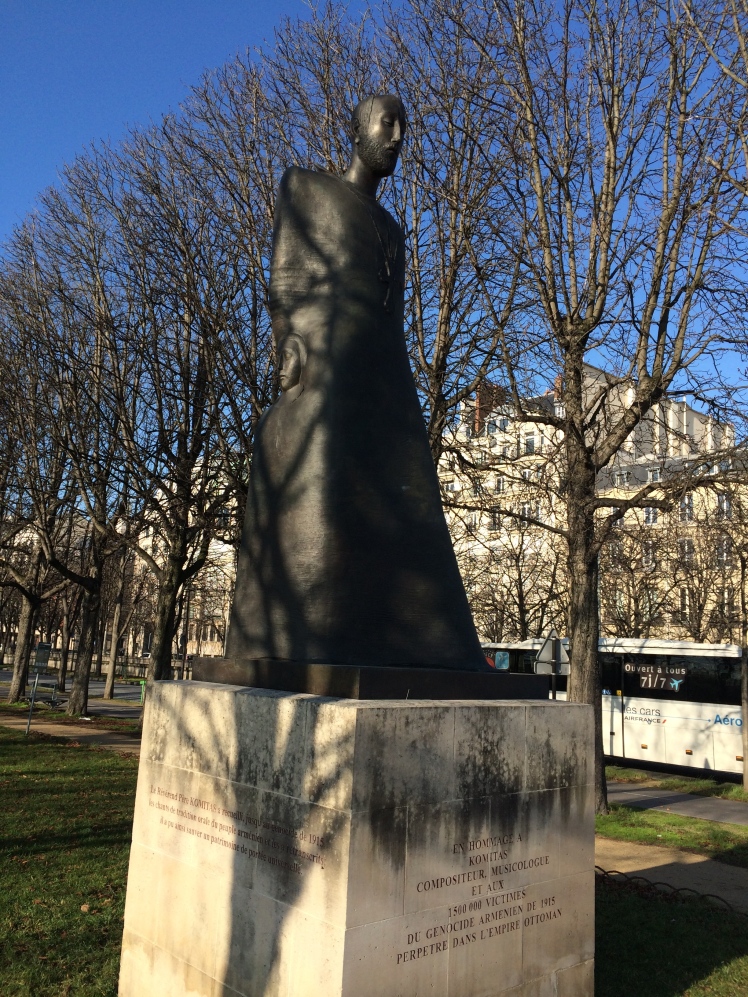 I had worried that this trip would feel too much like the first one. But not only had new memorials like the one above sprung up since 2013, but I was better prepared to find some relatively obscure sites that I missed the first time. So not only did we visit the Armenian cathedral where refugees from the first genocide of the 20th century streamed after 1915, but we paused at this memorial by the Pont des Invalides: in honor of the priest who helped preserve Armenian culture in the middle of a human catastrophe that claimed perhaps as many as 1.5 million lives. 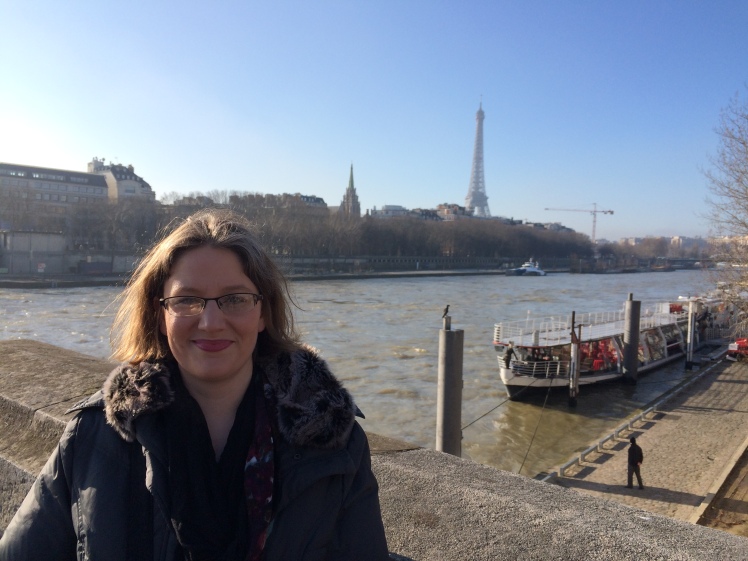 However, what truly made this a different — and better — trip is that my wife was able to take three weeks off from work and join us! 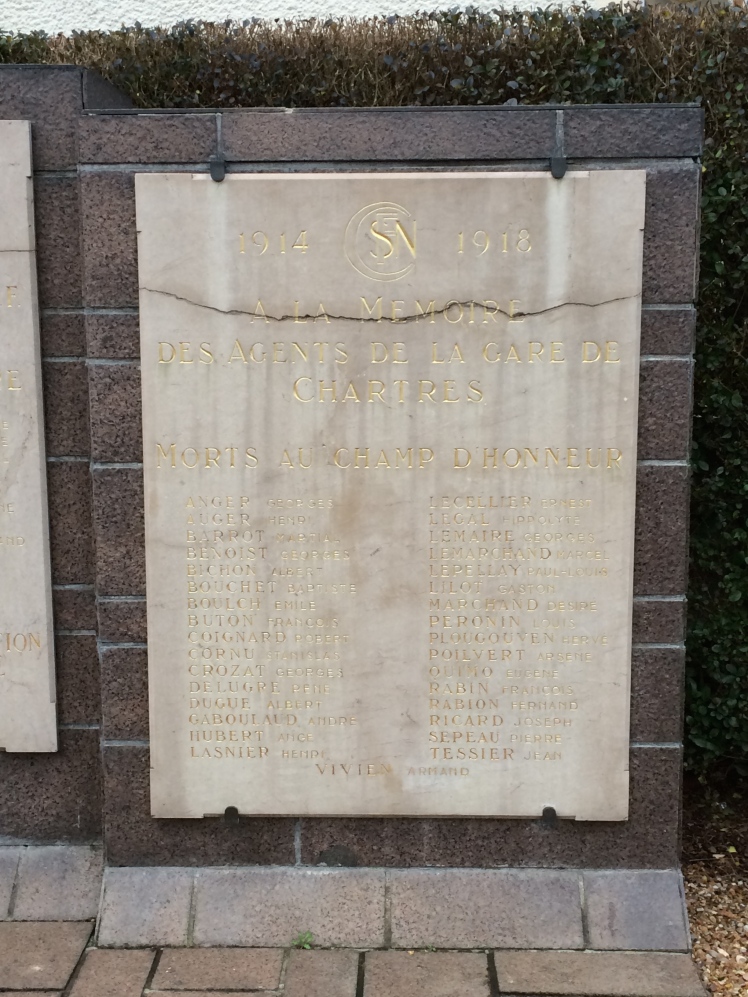 It’s not the most striking memorial we saw, but this plaque at the train station in Chartres (whose famous cathedral drew some of us for our day off in Paris) sums up one theme of the course: there’s WWI commemoration everywhere in Europe. 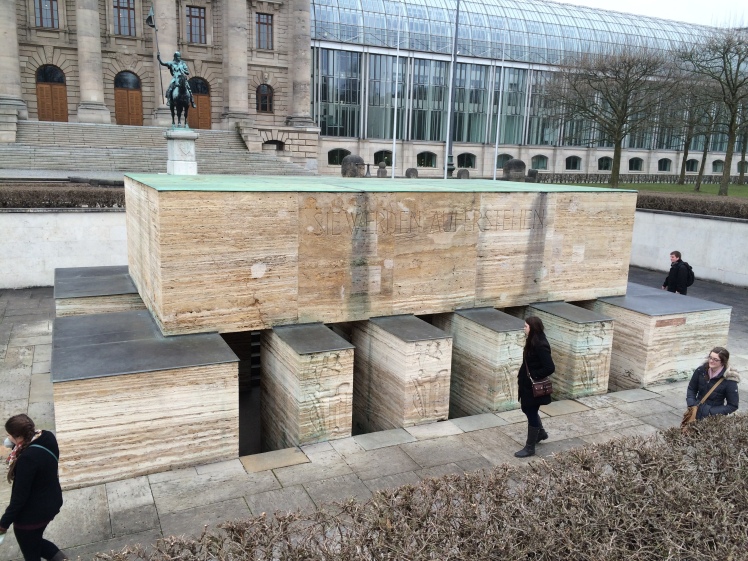 But some commemoration was harder to find — and interpret — than others. “Munich seems bent on forgetting,” wrote one student in her final paper. Lowered into a sunken garden in front of the Bavarian state government, the city’s one significant WWI memorial is as easy to miss as it is hard to read. Is “they will rise again” a religious hope, or a political one? 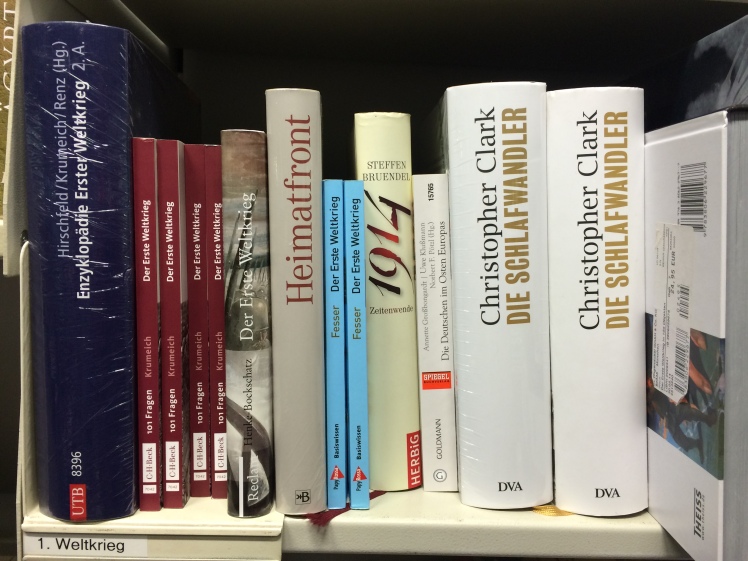 And by stark contrast to England, the WWI section at Munich’s largest bookseller was insignificant: just a couple of shelves, with almost as many English authors as German ones. 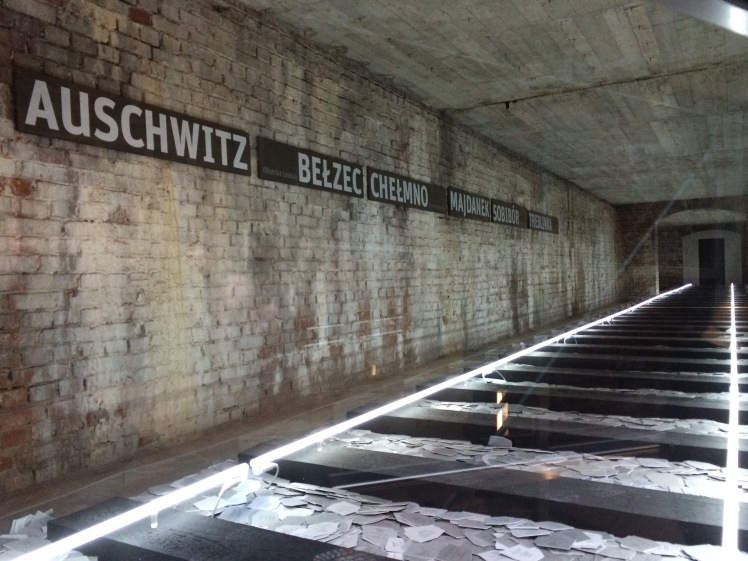 Our course didn’t end with the Armistice of 1918 or the peace treaty of 1919… One reason for continuing on to Bavaria was that we could explore how the war set off fuses that exploded in National Socialism, World War II, and the Holocaust. I could show several images from our Nazi walking tour or our visit to Dachau, but I’ll close with the last exhibit in Nuremberg’s Nazi Documentation Center, ingeniously constructed out of the ruins of the Party Rally Grounds. Confessing the participation of Germany’s railroads in the Final Solution, its railbed is covered with the names of victims: one per 100 murdered. If they actually named everyone murdered in the Holocaust, the track would need to extend 4 km — all the way back into the center of Nuremberg.

One thought on “Our WWI Travel Course in Eleven Photos”