Just a few of the more interesting history-related posts and articles that appeared during my month off from blogging: 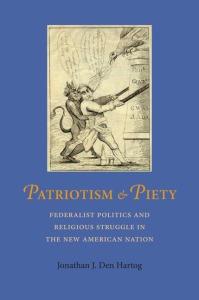 • Christopher Columbus, Captain Cook, and nine other explorers to know.

• The Charlie Hebdo shootings have rocketed Voltaire’s Treatise on Tolerance — published in 1763 — to the top of French bestseller lists.

(Lots of important commentary on that event — which took place about a week before our WWI group came to Paris — but I most appreciated Robert Darnton’s essay on the history of French satire.)

• As an international historian who has an amateur’s interest in the American Civil War, I’m thrilled to see a scholar free the war from being “firmly encased within a tight national narrative.”

• And it turns out that Civil War reenactment while the conflict still raged: “Known as ‘sham battles,’ ‘mock battles’ or ‘mimic battles,’ these battles were enacted for a variety of reasons: entertainment, practice and to demonstrate to civilians back home what happened during the war.”

• Why it’s taken this long for the United States to have a national World War I memorial in its capital city.

• Smithsonian magazine revisited the Battle of Gallipoli, gathering new attention from Turks, Australians, and others as its 100th anniversary approaches.

• It also reviewed the history of footbinding in China, concluding that “it survived for a thousand years in part because of women’s emotional investment in the practice.”

• If you have just enough patience for one more post featuring a religious historian questioning the categories “evangelicals” and “evangelicalism,” make it Brantley Gasaway’s remarks on the 25th anniversary of Randall Balmer’s Mine Eyes Have Seen the Glory.

• Why historians need a platform, and how to build one.

One thought on “That Was The Month That Was: History”