• I wasn’t the only white evangelical writer suggesting that what happened to Michael Brown (and Eric Garner) should prompt us to listen more closely to people of color. Fred Sanders of Biola University called the sequence of the Brown and Garner stories a “punch in the gut followed by another punch in the gut,” but also “a key opportunity for empathy, for sympathetic imagination, for looking at things from the perspective of another group of people.”

• Baptist writer Jonathan Merritt went one better, turning over his column to the voices of ten African-American Christians.

• Another he didn’t quote, but definitely bears reading, is the Reformed pastor Thabiti Anyabwile: “I am Mike Brown in so many ways. Our lives are not that different.”

• Meanwhile, Miles Mullin asked why it’s so hard for evangelicals to engage in this kind of listening, or even to accept that America is not a post-racial society.

• And Kate Bowler and Susan Reisert joined Christena Cleveland in revisiting Advent in light of #Ferguson.

• In other news, two big stories in the world of journalism. First, Rolling Stone had to retract the core of its story on a gang rape at the University of Virginia after Washington Post reporting raised significant questions about key parts of the story. While Slate‘s Hanna Rosin wasn’t entirely sure where the truth lay, she was certain “that Rolling Stone did a shoddy job reporting, editing, and fact-checking the story and an even shoddier job apologizing.”

• Meanwhile, The New Republic seemingly imploded, as editor Franklin Foer and longtime cultural editor Leon Wieseltier resigned, followed on Friday by a dozen senior editors and over twenty contributing editors upset with the direction new ownership was taking the venerable periodical. As someone who once read TNR religiously and then let his subscription lapse, I both grieve its demise and know that I was part of the problem.

• I’d encourage progressive readers to darken the door of The Federalist and consider Ramon Lopez’s critique of one of their favorite TV shows: “…for all the praise [Jon] Stewart has received, some of it justly deserved, we should also discuss the negative impacts of ‘The Daily Show,’ and of comedy-news programs more generally. Although immensely entertaining, irresistibly likeable, and at times informative, Stewart is doing great damage to the public discourse in this country. He is, of course, not the main culprit of this. But his approach is indicative of the national mood and illustrative of how not to engage with those we disagree with.”

• Corporate rebranding of the month: the AK-47!

• At some point we’ll run out of new angles to take on the centenary of World War I, but I’m sure enjoying the proliferation of good writing about that conflict. Best of this week: Steven Heller’s review of how “The war to end all wars was fought not only on battlefields, but on easels, drawing boards, and sketchpads.”

• The great Lynn Hunt asked what globalization means for historians — including those, like her, who study 18th century France. 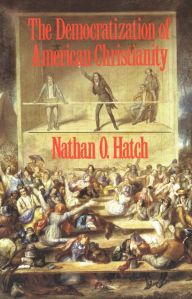 • Ben Witherington managed to identify five significant changes in Christianity during the 4th century AD without blaming a certain Roman emperor: “Constantine simply allowed the underground church to be an above ground legitimate enterprise. He did not determine its character, which had already been largely formed.”

• I wish I’d been at Wheaton to hear Nathan Hatch explain the importance of history for Christians in general — and lament how evangelicals in particular have tended to view the past with suspicion. But reading a summary from Tracy McKenzie is probably the next best thing.

• “We should be cautious,” concluded historian Thomas Kidd, “about abandoning all at the behest of the the Spirit-filled prophet who says ‘Thus saith the Lord,’ but we should be equally cautious about a church where no one seems to be hearing from the Spirit at all.”

• Hey, whatever happened to Rob Bell?

• Roger Olson was kind enough to plug our forthcoming Pietism/higher ed book at his blog, pairing it with his own forthcoming book on Pietism with Christian Collins Winn. Look for my review of their Reclaiming Pietism next year in a leading publication.