Of the six “pious wishes” of Philipp Jakob Spener that have often defined classical Pietism, the third is most foundational:

…the people must have impressed upon them and must accustom themselves to believing that it is by no means enough to have knowledge of the Christian faith, for Christianity consists rather of practice. (Pia Desideria, p. 95 in the Tappert translation)

What does this mean for scholars? As I wrote above, “One could go through the intellectual labor of synthesizing the systematic study of God revealed in Creation with the systematic study of God revealed by his Word and still wind up with what the Pietists called ‘dead orthodoxy’….” So one key theme in any Pietist model of scholarship would be the way that study draws one closer to God — emphasizing less the objective content of faith than the subjective experience of “faithfulness.”

In our forthcoming book on Pietism and higher education, physicist Dick Peterson likewise emphasizes how learning leads to personal experience of God:

The modern scientist of pietistic background and faith will often find the personal experience of research bringing them closer to the Creator, and they may find such an engaging experience with God’s world trumping concern about many details regarding how God has acted in scientific history. To be the first person to observe or really understand a certain phenomenon is fundamentally an occasion for personal delight, wonder and thanksgiving.

And perhaps not just a moment of delight, but something more enduring: If scholarship truly brings one “closer to the Creator,” perhaps we should expect that scholarship can transform the scholar.

Dick’s observation about delight actually begins with him picking up on an argument from the first chapter of our book: philosopher David Williams’ contention that education can be “convertative.” Leaving aside the distinction between education and scholarship for the moment (we’ll come back to it), what David means is that

…when one’s whole person is involved, one experiences a kind of movement analogous to the movement from sickness to health. The life of the mind becomes more than a mere analysis of propositions. The inquirer needs to see something they did not before and feel the change that has been wrought by having considered the world in a different way. Pietism’s central theological notion maintains that an encounter with the transcendent will leave one altered in all senses of what it means to be a person, and this experiential emphasis is carried into the realm of academic inquiry.

Now, I don’t want to make the standard too lofty. I’m not sure how transcendent most experiences of scholarship will feel. The changes may be more prosaic, taking time to recognize. As I wrote once in a post on scholarship as contemplation, “the very act of research is valuable for individual scholars and academic communities because it can cultivate ‘habits of virtue’ like patience and humility — and, every so often, as we stumble across that 1955 speech that has eluded us for three years, the virtue of joy.”

The key is that the scholar can be changed by the experience and practice of scholarship. If we return to former Bethel president Carl Lundquist’s 1962-1963 report (where he argued that seeking truth is about seeking after the person of God), we find scholarship connected closely with the development of one’s character:

Similarly, emphasis upon man’s spiritual nature highlights the relationship of character to scholarship…. It is not enough to know that truth is. It must be manifested in its seeker. Truth can never remain an abstract, intellectual proposition but must become a personal, spiritual incarnation. It is at this point that a characteristic such a truthfulness is wedded to the pursuit of truth and that a school’s emphasis upon the spiritual contributes to its emphasis upon the intellectual.

I think we all know scholars who seek truth in a not particularly truthful way, or brilliant researchers whose labor has shaped their character in a more negative way (e.g., by puffing up a distorted view of oneself that leaves little room for love of a suddenly dispensable God or one’s less intelligent neighbors). Perhaps some of them are even Christian scholars who can convincingly argue that they integrate faith and learning, without being particularly faithful in the endeavor. 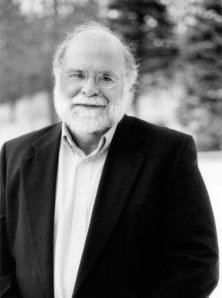 To put it another way, a Pietist model of scholarship would be concerned more with integrity than integration. I’ve always liked how long-time Bethel literature professor Dan Taylor defined integrity, in a 1995 chapel talk:

It means wholeness. If you have integrity, you are whole. Whole numbers we call integers in math, at least I think we did, back in the 50’s. You are unmixed; what you say is what you do. What you came to believe is how you live. There is not mixture in you. That is also a definition of purity. When you have integrity, you are a single thing and not a mixed thing. The actions of a person of integrity match their values and match what they say.

Christian scholarship, then, may be less about synthesizing abstract truths — those revealed generally with those revealed specially — into coherent systems than about producing “unmixed” persons. (“Whole and holy” ones, we like to say at Bethel — picking up on the wholeness/purity theme from Dan.)

If it sounds like we’re going too far afield from the central purposes of scholarship, then we might as well affirm another dimension of our model:

Scholarship for Pietists is not solely, perhaps not even primarily, about “the pursuit of truth” or “the production of knowledge.”

You don’t need to be a Pietist to think this way. The late great Mennonite scholar and Messiah College president Rodney Sawatsky said as much in his prologue to the book by Rhonda and Jake Jacobsen that did so much to help me see alternatives to the “integrationist” model. Here’s how he began:

Scholarship at its best is much more than the pursuit of truth; it is the quest for wisdom. But what is wisdom? Who is wise? For Christian scholars, and for their Jewish and Muslim colleagues, wisdom is grounded in God. Wisdom is the fear of God, says the wisdom literature; it is the love of God and neighbor, the law declares; and it is doing justice, loving kindness, and walking humbly with your God, the prophets clarify. Wisdom requires careful thought, but it is much more than intellectual knowing. It embraces emotions and actions, and indeed our entire being. Such wholeness of heart, soul, and mind lifts wisdom above mere cognitive truth. Christians believe wisdom is defined by the harmony, integrity, and unity of the divine logos made flesh in Jesus of Nazareth. Wisdom is truth incarnate. The incarnation is then the alpha and omega of Christian scholarship. (Scholarship & Christian Faith, p. 3)

If scholarship is about wisdom as much as truth, then it is (back to Spener) about practice as much as knowledge: the action and experience of fearing God, loving God, loving neighbor, doing justice, loving kindness, walking humbly with God… And it’s about the affective, not just cognitive realms of human personality: how we feel, not just how we think.

But isn’t this so subjective and interior that scholarship will cease to center on the production of knowledge? Will we still make new discoveries if pursuing truth is no longer front and center?

I don’t think seeking wisdom opposes seeking truth — they probably flow into and out of each other — but I would repeat an argument I’ve made elsewhere at this blog: that scholarship is not simply the production of knowledge (Wissenschaft). That’s a relatively recent definition from late 19th/early 20th century German universities. In the older model, scholars chiefly engaged in the transmission of knowledge for the purpose of formation (Bildung).

(I lean heavily here on Mark Schwehn’s Exiles from Eden, a landmark book with enormous implications for Christian scholars like those who gathered in early June at Valparaiso to celebrate its 20th anniversary. Judging by the tweets from attendee John Fea, Schwehn’s call for Christian scholars to recover a language of formation and virtue has been a powerful one. See the current issue of The Cresset for extended reflections on Schwehn’s argument; the articles by Mel Piehl and Mark Roche are good starting points.)

No doubt there were problems with Bildung (here’s a pretty accessible summary by one philosopher who traces the term back to “16th century [sic] Pietistic theology”), but I appreciate how the emphasis on transmission and formation blurs the lines between teaching and scholarship and dethrones research in the hierarchy of academic labors.

2 thoughts on “Best of The Pietist Schoolman: A Pietist Model of Christian Scholarship”