• Little did I realize that adding Jared Burkholder as a regular blogger here would mean more posts on both sects and sex.

• Giving a mini-homily on Genesis 35 reminded me that Carl Lundquist once used that text to reflect more deeply on what it means that Bethel is Beth-El, the House of God.

• If you went by certain searches that bring Google users here, you’d think that this blog is about dead poets, evangelizing Norwegians, and cooking with apple. 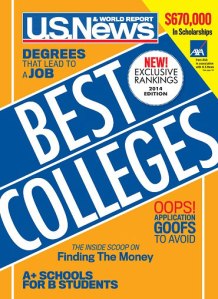 • If you thought you heard someone in Minnesota screaming incoherently Friday, that was just me stumbling across this finding: “Being on U.S. News‘s top 25 list led a school’s applications to go up between six and 10 percent.”

• Reading this Atlantic piece on social mobility and college — see also the same publication’s earlier post on first-generation college students — took me to the other end of my emotional spectrum: “College should be ‘sold’ to all students as an opportunity to experience an intellectual awakening. All students should learn that privilege is connected to the pursuit of passions. People are privileged to follow their hearts in life, to spend their time crafting an identity instead of simply surviving. Access to higher education means that your values and interests can govern your choices.”

• I appreciate that this digital historian, while excited by her field’s prominence at the recent meeting of the American Historical Association, closed her ProfHacker report by “[raising] a couple of concerns about how digital history is being positioned within the discipline of history and the academy more broadly.”

• It hardly seems possible to keep up with everything being published on Christian higher education (I’ll be happy to make the problem worse later this year), but Todd Ream and Perry Glanzer’s reappraisal of The Idea of a Christian College has to be near the top of my list.

• I have a feeling that if I retire at age 78, I won’t be writing a book and honoring 200+ speaking engagements. But I’m not Tony Campolo.

• I’ve written about David Swartz’s “global reflex” before; he pointed to a 19th century version of it in Jay Case’s The Unpredictable Gospel: “…methodologically, this book is one of the few histories of evangelicalism to successfully attempt transnational history. In fact, Case extends far beyond the South African story I’m relaying here. Seven other chapters cover African-American evangelical missions to Africa, Baptist missions to Native Americans and the Karen people of Burma, Methodist missions to Latin American, and radical holiness missions to India.”

• It’s not news any more than the recent NY Times report on the neo-Reformed was, but if you haven’t already done so, add “High Church” traditions like Orthodoxy, Catholicism, and Anglicanism to the list of post-evangelical landing places. I can’t wait for the inevitable swing of the pendulum in 10-20 years, when the cool kids are humming Ira Sankey hymns while they plan the digital version of tent revivals. #SawdustTrail

• Wesley Hill (with H/Ts to Rowan Williams and Amy Laura Hall) on the problem with extravagant weddings: “…heaping up expectations for weddings and marriages not only prevents us from thinking well about marriage; it also does single people no favors insofar as it paints an unrealistic picture of what they’re missing. Far better—or far more Christian—to think of marriage as an ascetic pursuit, and plan weddings accordingly.”

• I’d love to see Hill or someone else at the Spiritual Friendship blog respond to Willa Paskin’s review of Sherlock (just a day away!), in which she seems bent on misinterpreting one of my favorite depictions of male friendship.

• Map fans will enjoy this 1940 rendering of America as a melange of ethnic groups, complete with annotations by its rather distinguished owner. Given my family history, I was particularly tickled that the spot on the map where my town would be shows a Swedish-American farmer milking a cow…

• An interesting report from a few hours north of me: how the twinned ports of Duluth, MN and Superior, WI have lurched apart as those neighboring states moved in different political directions.

• Only half of American sports fan “say they believe God or a supernatural is at play in the games they watch…”?