• Just when did Americans start calling the Civil War the Civil War? (Hint: not during the War of the Rebellion.)

• My series on how WWII has been commemorated considered the semi-revival of traditional memorial structures like statues, then the way that commemorative meaning is determined and communicated.

• Two 20th century events that ought to be shoo-ins on any list of “turning points” in American church history — though one is far more famous than the other.

• One other thing I took away from Christian Piatt’s attempt to crowdsource a list of the “Top 25 Christian Blogs” — he reported “thousands of votes,” yet only four blogs on the list had even 100 recorded… Am I misunderstanding how voting works on Listly, or is this just further evidence of the fragmentation of the American media-consuming public?

• Some empirical verification for our no-laptops-in-lecture policy in one of Bethel’s signature first-year courses?

• Though he’ll remain president of the National Association of Evangelicals through 2016, former chairman of the Bethel University board of trustees Leith Anderson has retired as senior pastor of one of the leading megachurches here in the Twin Cities. Meet his replacement.

• Meanwhile, Holy Trinity Brompton, one of the most prominent evangelical (and charismatic) parishes in the Church of England, has drawn new attention thanks to its connections to Justin Welby, the new archbishop of Canterbury. Indeed, Andrew Brown claimed that the “vicar of HTB, Nicky Gumbel, is almost certainly a more influential figure in England than Welby, his notional boss.”

• Another interesting finding from missiologist Todd Johnson: 20% of North America’s non-Christians don’t “personally know” a Christian; 60% if you take atheists and agnostics out of the mix. (Read this story if you doubted my rationale for including a 1965 reform of American immigration policy in the aforementioned “turning points” post.)

• “I love it. I feel called to it,” wrote Carol Howard Merritt about bi-vocational ministry, “…But I want to raise a red flag against the model as a path to our vital future….” 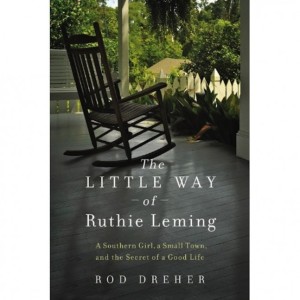 • Ah, the blogosphere at its best: Thomas Kidd offered a generous but not uncritical review of Rod Dreher’s memoir about moving back to his hometown in Louisiana after his sister Ruthie died of cancer; then Dreher’s equally thoughtful response allowed him to elaborate on the story and interrogate his own assumptions about the relationship between doctrine and practice.

• Coming from fairly different theological directions, both Rachel Held Evans and Ron Belgau (among many others) responded negatively to Thabiti Anyabwile’s contention that opponents of same-sex marriage need to “Return the discussion to sexual behavior in all its yuckiest gag-inducing truth.”

• Hearkening back to one of the points I made in critiquing Evans’ viral post on Millennials leaving the church… Amen, Bryan Calvin, who noted that there is no such exodus among African-Americans of that generation: “…talking about Millennials leaving the Church without specifying which Millennials is only half of the conversation. And if the American Church is willing to enter into conversation beyond the racial lines that have often been drawn up around it, they may realize that the solution to their ‘problem’ of Millennials leaving is closer than they thought.”

• Reading Ben Witherington’s take-down of Candida Moss’ book arguing that early Christian martyrdom has been exaggerated (“reads like special pleading, like a deliberately tendentious under-reading of the data”) made me glad that he’s started to blog a bit more regularly.

• Diving back into literature about World War II has only revived my admiration for Franklin D. Roosevelt, but I can understand why historian and self-professed “good liberal” Jonathan Rees has “been drawn to an entirely different, somewhat less liberal President—Franklin Roosevelt’s distant relation, Theodore.”

• As the much-maligned Martin Luther King, Jr. memorial gets a facelift, the Washington Post nominated several other memorials in the nation’s capital for revisions.

• Speaking of MLK and the WaPo… Fifty years after the former gave his greatest speech, a longtime editor of the latter admits his paper blew its coverage of that historic even, not even mentioning the phrase “I have a dream” until the fifth paragraph of page A15.

• I use “I” all the time when blogging; I don’t do so in my more traditional academic prose. (Excuse me: the author refrains from employing the first-person singular pronoun in such writing.) Pat Thomson thinks I should feel free to use “the academic I,” and gives some advice on how to do so. (H/T Scot McKnight)

• And once they get to college, how do they choose a major? Scott Jaschik summarized the answer proposed by two sociologists who are writing a book about How College Works for Harvard UP: “Undergraduates are significantly more likely to major in a field if they have an inspiring and caring faculty member in their introduction to the field. And they are equally likely to write off a field based on a single negative experience with a professor.”