• I learned several important blogging lessons last week. First, if you want to drastically increase your traffic, then write about Millennials and/or Rachel Held Evans… then do it again…

• …or whether research is actually the “coin of the realm” for scholarly tenure and promotion.

• Second, if you want to cultivate a, shall we say, niche audience, then blog about a long-forgotten Catholic poet shot in the head by a Boche sniper…

• …or a 31-year old album about crime and poverty recorded on a four-track in a rich rock star’s house.

• Drawing almost as much attention as RHE on my Feedly feed… Reza Aslan, whose book on Jesus was mentioned in this space last week, was interviewed on Fox News by Lauren Green.

Even First Thoughts wasn’t complimentary of Green’s performance, though it also questioned Aslan’s credentials. And while The Atlantic correctly (to my mind) dismantled the notion that a Muslim can’t write a book about Jesus (or a Christian about Muhammad), it’s also pretty evident that Aslan’s is not a very significant book about Jesus. Steven Prothero: “…there isn’t much new here other than Aslan’s slick writing and cinematic sensibilities…. Aslan, like thousands of ‘historical Jesus’ experts before him, refuses to say ‘I don’t know’ with anything near the frequency required for the task. He, too, purports to be an intrepid archaeologist for historical truth, excavating the ‘real’ Jesus out of the ‘propagandistic legend’ that has grown up around him. But he, too, remakes Jesus in his own image.” Aslan himself expressed appreciation for a critique from biblical scholar Greg Carey.

• Then rounding out the top three of most-discussed topics related to Christianity this past week… There are lots of ways to parse what Pope Francis said about homosexuality. (Here’s a pretty even-handed analysis by two religion reporters familiar with the Vatican.) But even if Christian Piatt is right to think that Francis’ comments, “however hopeful for those of us who consider ourselves advocates for the LGBT community,” don’t go far enough, it’s laughable for any Protestant to describe the Catholic Church as “coming to the social justice conversation so late in the game.” (Perhaps that could have been written after Rerum Novarum was issued… back in 1891.) 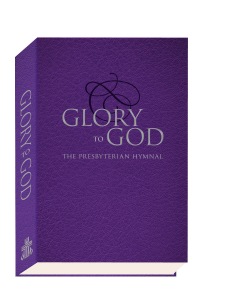 • Editor Charlie Collier thought that “pro-life” Christians should be more bothered by “Stand Your Ground” laws like the one in Florida invoked in the trial of George Zimmerman.

• The Presbyterian Church (U.S.A.) lost 20% of its membership between 2000 and 2010, but at least its new hymnal doesn’t include the most popular new hymn written in that decade, so they’ve got that going for them.

• The issue for the PCUSA committee was a line in the hymn that affirmed Anselm’s version [Correction: Bob Smietana clarified that the line in question was seen as expressing Anselm’s theory — see his article on the controversy; ensuing reference to Carl Henry’s view modified to be consistent with the rewording] of the doctrine of the atonement. According to the estimable church historian Doug Sweeney, in an enlightening interview about Carl F. H. Henry, a penal substitutionary theory of the atonement was one of two doctrines that that co-founder of the neo-evangelical movement would have claimed (against David Bebbington’s broader “crucicentrism”) as an evangelical essential.

• The other Sweeney underscored was Henry’s commitment to biblical inerrancy… Thomas Kidd wrote a helpful history of that (relatively new) term for The Anxious Bench. (Though I think he tended to conflate authority and inspiration with inerrancy in ways that not all of his “regular evangelicals” would do. See my own denomination’s affirmation of Scripture as “the only perfect rule for faith, doctrine, and conduct,” or the recent debate about inerrancy within the Church of the Nazarene.)

• It’s almost the end of summer (academic summer, at least), but if you’ve finished your reading list and are looking for new suggestions — and, like me, wish you knew this country’s history better — try this post on constitutional history from Tracy McKenzie.

• There are few people in American history more interesting than the controversial abolitionist John Brown, and I’d love to see a movie or TV miniseries on his life. This isn’t exactly the actor I would have cast, however…

• A World War I pictorial mystery was revealed to be a love story, probably.

• Headed to London for vacation and looking for a day that takes you somewhat off the tourist-beaten track? Check out this tour of church historical sites by one of my former students.

• My 2011 series semi-seriously ranking the world’s best national anthems undoubtedly failed to do justice to the continent of Africa, as its lone entries in a field of sixteen (Nigeria and South Africa) didn’t make it out of the first round. Learn about a wider array of African anthems from Simon Riker, who asked why songs celebrating independence from Western imperialism seem so, well, Western.

• Language is power: Ta-Nehisi Coates’ experience of learning French in Paris made him feel like he was “getting some small notion of what it feels like to be white in America.”

• I like a lot about this defense of academic tenure — but if I’m being honest, I was especially tickled to see a screenshot from Star Trek: The Next Generation.

• May it be so, Patrick Connelly: “…schools with a compelling mission and vision–that go beyond mere career preparation, that speak the language of formation, and that are consistently applied throughout their systems and culture–still have a place at the table…in part because they can gather around a table. The virtues they bring are not merely culturally constructed or historically conditioned. Rather, they speak to longings more profoundly human and thus without an expiration date.”

• Meanwhile, my colleague Mark Bruce worried that David Brooks’ method of defending the humanities might be doing more harm than good.

• Are bias against and harrassment of women “endemic in philosophy, where women make up less than 20 percent of university faculty members, lower than in any other humanities field, and account for a tiny fraction of citations in top scholarly journals”?

• While one Atlantic writer found folk music much more interesting than it used to be, another wondered why its cousin “Americana” is so unrepresentative of the nation its named for: “If Americana represents some broad definition of American identity, then how does it manage to exclude the influence of so much music made here in the past 40 years? And where, you’ve got to wonder, are the artists of color? Can a genre that offers itself up as a kind of fantasy soundtrack for this country afford to be so homogeneous and so staunchly archaic?

• Gracy Howard identified five unexpected sources for narrative: sports, photography, and music not so surprising; but typography and cookbooks… (Note to self: time for a post about Cook’s Illustrated and America’s Test Kitchen.)