Belated Happy New Year, everyone! Apart from year-end wraps for this blog and The Anxious Bench, I took a break for the holidays. Here’s what some others have been writing in the last week of 2019 and the first of 2020:

• One of the most interesting religion articles of 2019 came near the end of the year: Jack Jenkins’ report on religion at the nation’s leading university for the deaf.

• My favorite Anxious Bench post so far in 2020: the Anglican collect that Philip Jenkins thinks is a model prayer for all denominations.

• The fusion of Christianity and a certain kind of xenophobic nationalism isn’t unique to this country. 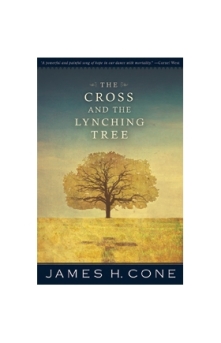 • For example, Brazil: where some observers see hints of emerging theocracy under the new right-wing president.

• Malcolm Foley explained why Christians more theologically conservative than James Cone should still read the author of The Cross and the Lynching Tree.

• The two men admired by the most Americans have nothing in common except a certain important role.

• An apology by Matthew Schmitz reminded me why I’m to the point of rarely using Twitter for anything other than sharing my posts and reading others’.

• The founder of Twitter’s “Historians at the Movies” phenomenon was an apt choice to nominate the best historical films of the 2010s.

• As 1917 goes into wide release, Variety wondered why there weren’t more films about World War I. (Least convincing of the rationale offered: the new movie’s co-writer making the absurd claim that she simply couldn’t “research [WWI] online.”)

• One myth about rural America: that it’s synonymous with the Midwest.

• Conflict involving governing boards is nothing new in higher education, but the case of one historically Benedictine college is unique.

• Finally, in case you missed it before Christmas, the much-circulated essay by a 52-year old former Navy SEAL who took undergraduate classes at my graduate alma mater is well worth reading.