Today I’d like to revive a kind of holiday tradition from the early years of The Pietist Schoolman: going through some “best of” lists to curate a list of histories and biographies that might make for good Christmas presents for my readers. This year I’ll draw on year-end recommendations from the New York Times (NYT), Publishers Weekly (PW), and Smithsonian Magazine (SM) with some comments quoted from those reviews. We’ll start with one of the few books on the list that I’ve had time to read myself — one whose plaudits I’d wholeheartedly echo. (I’ve previously written about my admiration for the author’s World War II trilogy…) 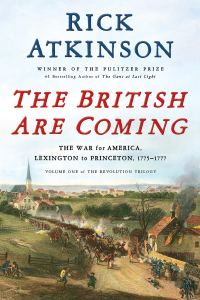 “…[a] captivatingly granular look at the American Revolution from the increasing tension in the colonies in 1773 to the battles of Trenton and Princeton in 1777. Extensive research… allows Atkinson to recreate the past like few other popular historians. The result is a definitive survey of the first stage of the war…” (PW)

“To say that Atkinson can tell a story is like saying Sinatra can sing… Lurking behind all the assembled evidence, which Atkinson has somehow managed to read and digest in a remarkably short period of time, is a novelistic imagination that verges on the cinematic.” (NYT)

Leo Damrosch, The Club: Johnson, Boswell, and the Friends Who Shaped an Age

“Beginning with the friendship between Johnson, the moralist, and Boswell, his promiscuous future biographer — a connection that was initially forged outside the Club — Damrosch breathes life into “The Friends Who Shaped an Age” (in his subtitle’s phrase). As this stellar book moves from one Club member to another, it comes together as an ambitious venture homing in on the nature of creative stimulus.” (NYT)

“…delightfully captures the bonds of friendship and competition which joined some of the late 18th century’s greatest minds… doesn’t provide a fly-on-the-wall account of the Club’s meetings but rather crisp, colorful portraits of its members, illuminated by quotes from their lively, sometimes contentious interactions with each other.” (PW)

Andrew Delbianco, The War Before the War: Fugitive Slaves and the Struggle for America’s Soul From the Revolution to the Civil War

“…a valuable book, reflective as well as jarring, concerning the most violent and enduring conflict in American history.” (NYT)

James Donovan, Shoot for the Moon: The Space Race and the Extraordinary Voyage of Apollo 11

“Exceptionally researched, this exciting, sometimes harrowing book highlights the work not only of the pioneering astronauts but also of thousands of technicians and engineers. This is a perfect volume to commemorate the 50th anniversary of the first lunar landing and all that led up to it.” (PW)

“Gates juxtaposes the optimism of Reconstruction, the despair of Redemption and the promise of the New Negro movement — the effort by black Americans, starting around the turn of the 20th century, to craft a counternarrative to white supremacy. In doing so, “Stony the Road” presents a bracing alternative to Trump-era white nationalism.” (NYT)

“…Hämäläinen… looks at the history of the Lakota Nation as other historians have looked at ancient Rome—a massive (and massively adaptive) empire that shaped the literal landscape of the Western United States as well as the fates of Indigenous groups for centuries.” (SM) 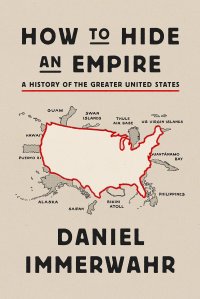 Daniel Immerwahr, How to Hide an Empire: A History of the Greater United States

“Immerwahr… tells the often brutal, often tragic stories of these territories in an attempt to make the ‘Greater United States’ truly part of U.S. history.” (SM)

“This insightful, excellent book, with its new perspective on an element of American history that is almost totally excluded from mainstream education and knowledge, should be required reading for those on the mainland.” (PW)

“While some of the names that appear in Jackson’s story, like famed abolitionist William Lloyd Garrison, will be familiar to American history buffs, she also revives forgotten figures like Frances Wright, an heiress whose protests against the institution of marriage inspired Walt Whitman to call her ‘one of the best [characters] in history, though also one of the least understood.'” (SM)

Stephanie E. Jones-Rogers, They Were Her Property: White Women as Slave Owners in the American South

“Jones-Rogers’s work dismantles the notion that white women in slaveholding families were silent actors—instead, she argues, they used the institution of slavery to build a specific concept of womanhood that shaped the history of the nation before and after the Civil War.” (SM)

(Here let me tuck in a separate recommendation for Lauren Winner’s 2018 book on The Dangers of Christian Practice, which includes a chapter on the prayer habits of white Southern women who owned slaves. I recommended Winner’s work as part of a joint Anxious Bench post with Kristin Du Mez and Beth Barr on “12 Books by Women You Should Read This Year.”)

Steve Luxenberg, Separate: The Story of Plessy v. Ferguson, and America’s Journey from Slavery to Segregation

“There is no escaping exclusion and elimination in a book about race in the United States, but Luxenberg’s focus is on the battle against segregation… Luxenberg… braids brief narratives of legal battles together with intimate, cradle-to-grave portraits of three key figures in Plessy: John Marshall Harlan, Henry Billings Brown and Tourgée.” (NYT) 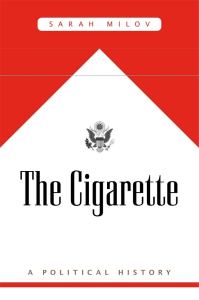 “…deftly connects the rise in organized opponents to smoking to food safety, car safety and other consumer rights movements of the 20th century.” (SM)

“…a scrupulously evenhanded work. His use of evidence, absorbed from vast archival sources and hundreds of interviews, is punctilious, his judgments measured, his wit dry and sympathetic, his prose classically balanced. This sonorous, authoritative biography makes no empty claim to definitiveness. But it is a work for the ages: It will be the font from which every serious appraisal of Thatcher and Thatcher’s Britain draws.” (NYT)

Daniel Okrent, The Guarded Gate: Bigotry, Eugenics, and the Law That Kept Two Generations of Jews, Italians and Other European Immigrants Out of America

“…a vivid new book… largely an intellectual history — if we can use that term to describe the shoddy thinking of [Okrent’s] subjects — of nativist ideology and ideologues from the mid-19th century to the first comprehensive immigration restriction law of 1924.” (NYT)

George Packer, Our Man: Richard Holbrooke and the End of the American Century

“Drawing on Holbrooke’s fascinating diaries and his own memories of the man, Packer makes him a Shakespearean character—egomaniacal, devious, sloppy enough to make presidents deny him the prize of becoming secretary of state, yet charismatic and inspiring—in a larger-than-life portrait brimming with vivid novelistic impressions.” (PW)

“I doubt that any novel, not even one co-written by Graham Greene and F. Scott Fitzgerald, could have captured Holbrooke fully, and I certainly thought that no biography ever would. But now one has… It’s both a sweeping diplomatic history and a Shakespearean tragicomedy, with Holbrooke strutting and fretting his hour on the stage.” (NYT)

Kristen Richardson, The Season: A Social History of the Debutante

“…a centuries-spanning look at how debutantes and their rituals, from the antebellum South to modern-day Russia, have shaped marriage and womanhood in America and abroad.” (SM)

Clay Risen, The Crowded Hour: Theodore Roosevelt, the Rough Riders, and the Dawn of the American Century

“In Clay Risen’s fast-paced, carefully researched new history… the future president may be in the thick of the action, but he does not monopolize the story, quietly stepping aside for long stretches of time. In his place appears an irresistible cast of characters, from a unit of fearless black soldiers to the swashbuckling artist Frederic Remington, the novelist Stephen Crane and the legendary journalist Richard Harding Davis, whose hagiographic articles would make the Rough Riders not just famous but iconic.” (NYT) 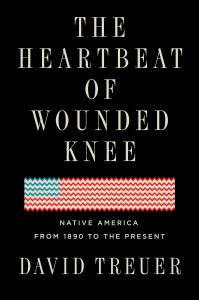 David Treuer, The Heartbeat of Wounded Knee: Native America From 1890 to the Present

“Through memoir, interviews and extensive reading, Treuer counters the familiar narratives of invisibility that have so readily frozen America’s indigenous peoples. Interweaving stories from family members, the voices of policymakers and assessments of contemporary youth culture, the book introduces alternative visions of American history. The result is an informed, moving and kaleidoscopic portrait of ‘Indian survival, resilience, adaptability, pride and place in modern life.'” (NYT)

“…Unger, a renowned biographer of the Founding Fathers, looks at the Paine we know and the one we don’t, in his telling of the story of a man who pursued Enlightenment ideals even when those ideals ran afoul of what was socially acceptable.” (SM)

“… the novel is about more than individual events; it’s about life in the Nation when it was a sovereign land with a government of its own. It’s also about the Cherokee culture and its rules, spoken and unspoken, that have been passed down for generations…. an essential corrective to the racially tinged myths created to justify the annihilation of indigenous cultures and the theft of native lands.” (NYT)

Brenda Wineapple, The Impeachers: The Trial of Andrew Johnson and the Dream of a Just Nation

“[Wineapple’s] arguments are novel and her prose lively… This book has much to offer enthusiasts of both historical and contemporary American politics.” (PW)

“…rightfully recenters the story along the main axis of moral struggle in American history: whether the nation is indeed a democracy for all its citizens or not.” (NYT)