This week at The Pietist Schoolman I looked at recent trends in the history major at religious colleges and universities, and Sam Mulberry and I concluded our podcast travelogue with a visit to Munich. Elsewhere… 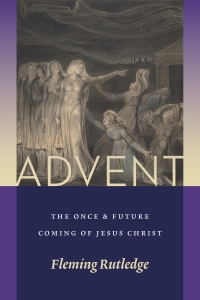 • It’s been a while since I’ve shared something from Kate Bowler… it seems timely to reconnect via her reflection on the season of Advent.

• Speaking of… my Anxious Bench post this week found me reading Fleming Rutledge and wondering about the apocalyptic nature of this liturgical season (and what it means for historians).

(Not that it’s all that easy to be apocalyptic.)

• Because I administer that blog, I try not to overdo it in sharing AB posts here… but David Swartz’s reflection on one of his Anabaptist ancestors encountering a Pietist prince is one of my favorite pieces I’ve read this year.

• Are megachurches in danger?

• Does the ongoing Christian debate over sexuality remind us of the need for “the spiritual discipline of discernment“?

• Andrew Sullivan argued that it’s “impossible not to have a religion if you are a human being” — so long as we define religion in such a way as to include the “cult of Trump” and “social-justice ideology.”

• I’m sure that Alan Jacobs’ book on C.S. Lewis, Jacques Maritain, and other WWII-era Christian humanists will be on my Christmas break reading list… I’ll be curious to see if this reviewer is right that Jacobs’ “reading of the Christian humanists proposes retreat into literature at precisely the moment bold thinking about power and technology are most needed.”

• With an eye to the experience of France, Mark Lilla warned against “imagining that there might be a third force on the right that is not represented by either the establishment parties or the xenophobic populists.”

• As a Christian researching a book about someone whom we’d call “spiritual, but not religious,” I have a lot to learn from Tim Larsen…

• As Reinhold Niebuhr once said, “original sin is the only empirically verifiable doctrine of the Christian faith.”

• Have you heard about the ecumenical Dutch church service that has been going on for over six weeks, all to keep an asylum-seeking family from being expelled from the country?

• I’ve written once or twice about College of the Ozarks, a deeply conservative Christian college that combines extensive work study with “patriotic education.” So it was fascinating to learn from one of our department’s more illustrious academic alumni that “C of O” used to be quite a different place.

• Even Harvard is getting in on the coding craze… but one software developer explained why “Coding is not the new literacy.”

• Yet another reason why the Twin Cities are a great place to live.