Today I’m happy to share a guest post from Anthony Minnema, assistant professor of history at Samford University. A specialist in Muslim-Christian relations during the Middle Ages, Tony studied at Calvin College and the University of Tennessee-Knoxville and was a Lilly Graduate Fellow at Valparaiso University before coming to Samford. In this post, he responds to the proposal from former Reed College president John Kroger, for a $10,000 liberal arts college based in a city, and suggests his own alternative model for the Christian liberal arts. 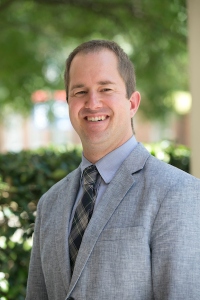 Kroger’s proposal for a liberal arts college (LAC) got me thinking about why I (and others) reacted so viscerally to it. Despite the real concern about cost, I don’t believe that there is a constituency for a cheaper, stripped-down version, which would suffers by comparison to more robust models, especially to the extent proposed. So, if offering deeply discounted tuition wouldn’t create an acceptable model of an LAC for faculty or students, I wondered what other problems might be addressed if we proposed another model.

If we remove cost as an unsolvable problem, because many more students entertain the idea of LACs than elect to attend, I hypothesize that they choose not to attend an LAC because of:

To address the problems of impracticality, elitism, and gender disparity, I propose the Christian liberal arts work college for your consideration.

If perhaps we’ve too long looked at the liberal arts as coffee shops and quads, what about a farm?

Work colleges and programs come in many shapes and sizes, but all offer discounted or even no tuition in exchange for a commitment of 10-15 hours of work per week. The exchange of work for tuition would go a long way to address the perception of elitism. The need to create work opportunities for these students also led these colleges to create majors in agricultural science and sustainability before these programs became popular, which undermines the accusation that LACs are impractical and divorced from the working world. The more successful work colleges, such as Berea College and College of the Ozarks, emphasize their working environment as a recruitment tool and describe themselves as a place to learn and work. A quick perusal of statistics indicates that work colleges enjoy near-parity of men and women (45-55), likely because the rhetoric of a work program and the majors that sustain it have historically been more appealing to men. More speculatively, I suspect that the work-program creates a sense of ownership for students and alumni that most LACs’ advancement offices would envy, since it changes the narrative of the ask from “Please continue giving to the college on top of your debt” to “How much was this education worth to you?” The donor base of the Christian liberal arts college (to say nothing of the corporate world), which tends more toward conservative values, might donate gladly to an institution that requires some or all of its students to work.

How might a work program interact with the liberal arts and Christian mission of a college? The relationship to both is surprisingly close. All colleges within the Work College Consortium describe themselves as “liberal arts colleges” and many retain a Great Books program. (Indeed, students might be more apt to discuss virtue ethics if they’ve just come in from a morning of work.) All but one of the work colleges I found possess a Christian history or tradition and still use the language of Christian service in their mission statements. Several couch their sustainability efforts in terms of stewardship. Thus, the work program might help Christian LACs make good on their claims to be places that foster faith, learning, and service.

So how to create the Christian liberal arts work college from scratch? What I would like to see exists as a two-year program in California at Deep Springs College. It’s a very small program (20-30 students) that boasts an impressive track record for its graduates according to a 2017 Economist article. It emphasizes rigorous liberal arts with a work college component, and until recently was open only to men, but lacks the faith component.

To make what I propose a reality, a college could grow existing para-educational semester opportunities — think Azusa Pacific’s (recently closed) High Sierra Program or Wheaton’s HoneyRock program — to include a work program cohort of students, and connect it to honors programs that are becoming de rigueur. And while I’m dreaming… as an aspiring gardener, I’d love to see colleges invest in working farms and sustainability programs.

However, students could work in any capacity that requires little or no training, much like federal work-study programs or on-campus jobs, for a flat rate that goes toward their tuition. Many work colleges create a hierarchy of jobs that students could matriculate into based on experience and interest.

Much of the academic infrastructure and ideas for a work college actually exist already on campuses, such as the off-campus or honors programs, which are believed to provide value-added experiences. However, they are not seen as exemplary of the institution since they are separate and elective, and they can contribute to the assumption that these institutions provide impractical and elitist experiences. An addendum work-honors-program could bring in exceptional students, who otherwise would not attend, and put them into rigorous humanistic study before they go to their respective majors. In short, imagine a competitive program that admits 30-40 students into a liberal arts program, housed at a residential facility off- or on-campus in which students work in exchange for some of their tuition, with the goal that these students become the sponsoring college’s best alumni and best advancement stories they can be.

My proposal of a 40-student cohort of liberal arts students, who pay less in exchange for labor and scholarly potential, is not on the scale of Kroger’s 1000-student institution and avoids cost. However, I’m primarily concerned with changing the narrative about liberal arts colleges that makes them less desirable in the minds of potential enrollees and more worthy of support. If today’s students and parents are defined by a concern for cost, I argue that this concern is not entirely the product of frugality or worries leftover from the recession. The zeitgeist is also tending toward a growing interest in making and being makers, citing the success and omnipresence of HGTV, Etsy stores, farmers’ markets, DYI YouTube videos, and the gig economy. Liberal arts colleges that channel that energy into a community of faith, study, and work might see considerable benefits in enrollment, particularly in terms of the missing demographic of men, as well as donor/alumni support, which together could sustain them through the lean years to come.

One thought on “What About a Farm? (Anthony Minnema)”