So here’s something I’ve been contemplating for about two months now:

Do their studies equip historians to predict the future?

Back in early September, labor historian Jefferson Cowie reflected on recent political events for The Chronicle of Higher Education. Mostly, his piece was a critique of how scholars in his field fail to understand the working classes in the past. But it started with the future: 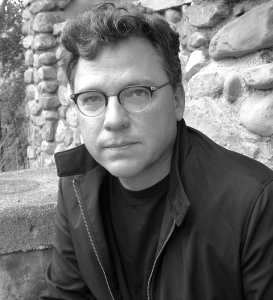 When the bottom fell out of the economy in 2008, many in and out of the academy were quick to wag a finger at economists and ask, “Why didn’t you guys see this coming?” Economists responded that the “science” of economics is not of the predictive kind — nor, for that matter, are a lot of the sciences. The economy might have been in unanticipated chaos, but the discipline of economics was still sound….

I am a labor historian — or at least one in recovery. When my colleagues and I saw the financial crisis, our predominant response was something like an exhausted, cynical shrug: “Of course — what did you expect in an age of rampant deregulation and absurd economic inequality?” Yet when the next systemic paroxysm hit our nation — the wave of white, blue-collar rage that helped elect Donald Trump — my field seemed as ill-equipped to explain the “actual evolution of the real-world” situation as the science of economics had been to explain the crash in 2008. One could have polled the entire American Political Science Association and the Organization of American Historians in 2016 and found very few who would have predicted a Trump victory — unless Michael Moore (who nearly alone, in no uncertain terms, predicted a “Rust Belt Brexit,” the last stand of the common white guy) happens to be an accidental member of one of those professional organizations.

Now, let’s not glide past the notion that economics is simply not a “predictive” science. As philosopher Gary Gutting has argued, the inability of economists, political scientists, and similar scholars to predict human behavior in the future is not an insignificant problem for the very notion of social sciences:

Social sciences may be surrounded by the “paraphernalia” of the natural sciences, such as technical terminology, mathematical equations, empirical data and even carefully designed experiments.  But when it comes to generating reliable scientific knowledge, there is nothing more important than frequent and detailed predictions of future events.  We may have a theory that explains all the known data, but that may be just the result of our having fitted the theory to that data.  The strongest support for a theory comes from its ability to correctly predict data that it was not designed to explain.

While the physical sciences produce many detailed and precise predictions, the social sciences do not.  The reason is that such predictions almost always require randomized controlled experiments, which are seldom possible when people are involved.  For one thing, we are too complex: our behavior depends on an enormous number of tightly interconnected variables that are extraordinarily difficult to  distinguish and study separately.   Also, moral considerations forbid manipulating humans the way we do inanimate objects.   As a result, most social science research falls far short of the natural sciences’ standard of controlled experiments.

Without a strong track record of experiments leading to successful predictions, there is seldom a basis for taking social scientific results as definitive.

(See also Gutting’s 2015 interview with Daniel Hausman, who contends that economics is an “inexact” but still useful science.)

But I don’t think of history as a science, let alone a predictive one. While I do believe that people in my line of work come to understand human behavior and motivation more deeply through their studies, anyone whose discipline emphasizes change over time, contingency, context, and complexity ought neither to be surprised when the future takes an unexpected turn nor too embarrassed that they didn’t see it coming. In my experience, historians are most interested in all the complicated human variables that keep social sciences from being predictive sciences.

That doesn’t mean, however, that knowledge of the past has nothing to do with how we face the future.

I often ask my Intro to History students to consider research from the field of neuropsychology — e.g., as summarized a few years back in Psychology Today:

We use information from past events and general knowledge, stir that information into new forms, and construct a memory for a future event. I imagine visiting one of my sons this weekend by building possible events from other visits. I also use general knowledge about my son, myself, and where he lives. When I imagine the future, I do the same mental work as when I remember the past. I reconstruct the past and I remember the future.

This notion of “remembering the future” was the subject of a recent article in The Atlantic by Julie Beck. Psychologist Karl Szpunar told her that activity in the hippocampus “was ‘almost completely overlapping’ when people remembered and imagined future events…. [People] can take bits and pieces, like who’s going to be there, where it’s going to be, and try to put all that together into a novel simulation of events.”

But if memories of the past are the only “building blocks” available for constructing an image of the future, Beck finds that “remembering the future” can actually “make it hard to expect the unexpected, and it means people often expect the future to be more like the past, or the present, than it will be.”

So what does this mean for historians?

I want to keep playing with this notion, but I’m much more comfortable with the idea that we help people “remember the future” than that our discipline is anything like a “predictive science.” By helping students, readers, and others to remember the past more clearly — e.g., without the hazy blur of nostalgia — we can assist them to envision a more realistic set of scenarios for the future.

But at least as importantly, if we help them “think historically” about the past, then they might respond more nimbly to the future. For example, if Beck is right that “people often expect the future to be more like the past… than it will be” (and that they “tend to underestimate how much their feelings and desires will change over time”), then we have some work to do in training others for the unnatural acts of noticing, explaining, and responding to change over time.