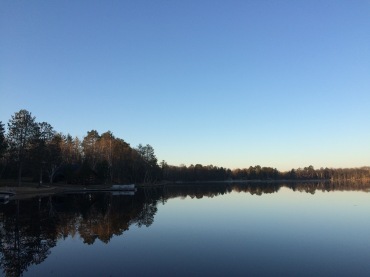 Since I’m on retreat with other members of our congregation, I probably shouldn’t even have a laptop and wifi, but since I do… a few links from this blog and others:

• You can now pre-order our book (due in September)!

• And episode two of my new podcast featured Sam Mulberry and me riffing on words like sabbath, nostalgia, and trump. (Not Trump, trump.)

• Books & Culture editor John Wilson is back with his newest venture, Education & Culture. An early highlight for me: John’s interview with the author of a book on the repatriation of Native American artifacts.

• At The Anxious Bench, I shared a version of my recent talk at Crown College: “The Three Journeys of the Christian Liberal Arts.”

• Some good news about higher education in America: it’s always been a mess.

• What were the most popular Bible verses for late medieval English preachers? My Bench-mate Beth Allison Barr found gospels and nothing but the gospels.

• Given the current regime in North Korea, you might be surprised to learn that it was the center of a massive Christian revival just over a century ago.

• The Stars and Bars: not just for southerners.

• Civil War buff-in-chief Donald Trump waited until the National Day of Prayer to issue an executive order on religious liberty… and even conservative evangelicals were unimpressed.

• Even though Trump is their “dream president.”

• Even though some had breathlessly reported on being invited to the White House the night before.

Truly an amazing evening. Evangelicals feel right at home in the @WhiteHouse. https://t.co/BccyIv9Nhf

• Elsewhere in Washington, the House passed a new health care act that revealed again how the “appeal of the prosperity gospel is intricately linked to the rise of Donald Trump.”

• Why do Christians defend sexual harassers like Bill O’Reilly?

• Here in the Twin Cities, you might not guess which Christian community is growing rapidly.

• J.R.R. Tolkien, C.S. Lewis, and, um, Dan Brown… some of the authors whose works many of us haven’t read, despite claiming to have done so.

• He hasn’t addressed it explicitly, but what might Pope Francis think about the Benedict Option?