• One thing that everyone in this terribly divided country should be able to agree on: my dad is a terrific guy.

• Very high on the list of things I never thought I’d blog about: alleged “demonic activity” at a presidential rally.

• It’s getting harder and harder to buy the argument that white evangelicals support Trump in spite of his positions on, say, refugees.

• Just how Benedictine is the Benedict Option?

• And if you don’t know what the “Benedict Option” is, read Emma Green’s recent article on it, drawing on an extensive interview with its chief advocate, Rod Dreher.

• Here’s a thoughtful critique of the C-SPAN presidential history exercise by a conservative journalist who participated in it.

• Covenant journalist Stan Friedman wrote a terrific defense of the free press, one reflecting on journalism as a calling.

• The phrase “America First” is getting a new lease on life, so I surveyed Christian responses to that 1939-41 movement for my Anxious Bench post this week.

• As I suggested in my own post on the subject, evangelical support for the refugee ban points to a growing gap between leaders and rank-and-file.

• It’s the time of year when my sermon on the Transfiguration suddenly starts getting dozens of views every day. But if you’re desperate for a new spin on a familiar sermon topic tomorrow, maybe try this revisionist take on Peter’s response.

• It’s been fifty years since the beginning of the Catholic Charismatic revival.

• Philip Jenkins has been writing a fascinating series on the unintended causes of religious spread and change. The last two posts focused on migration, which led him to suggest that Christians think about the church as “Semper Gradiens, Always Traveling.”

• How’s Mark Noll’s retirement going? He talked with the Religion in American History blog, in advance of a major conference celebrating his scholarly legacy.

• Kristin Du Mez revisited the 1983 book on “Christian America” that Noll wrote with George Marsden and Nathan Hatch: “At the time, they shared many of their fellow evangelicals’ concerns about the state of American culture. But as professional historians, they also harbored concerns about the mythical past that evangelical Christians were inventing.”

• Even at leading liberal arts colleges, students are taking fewer courses in the arts and humanities. 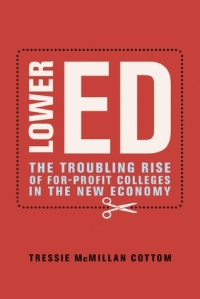 • Why Jehovah’s Witnesses see higher education as “spiritually dangerous” — and what that means for their children.

• If you have a high view of human beings as rational creatures, read this review essay. Or don’t, since “Presented with someone else’s argument, we’re quite adept at spotting the weaknesses. Almost invariably, the positions we’re blind about are our own.”