To what extent did evangelical colleges and universities contribute to the election of Donald Trump? 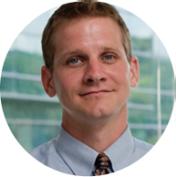 That’s the question that Adam Laats, author of a forthcoming book on the history of such schools in the 20th century, raised recently at History News Network. (I’ve recommended his blog before.) Seeking an explanation for the much-cited figure of 81% of evangelicals (who voted) preferring Trump, Adam argued that “On the campuses of evangelical colleges and universities—the intellectual citadels of American evangelicalism—Trump-like attitudes have always found congenial homes.”

I would venture to guess that the overwhelming majority of the faculty and administrators at evangelical colleges and universities in the United States DID NOT vote for Donald Trump.

If students at evangelical colleges voted for Trump–and there were many who did–it was not because they were fed pro-Trump rhetoric from their faculty.

I tend to think that John is correct, though I’m not sure how to falsify or verify his argument. But we do have some data that might help us start to answer the question embedded in John’s counter-argument:

How did students at evangelical colleges and universities vote in the 2016 presidential election?

The same exit polls that reported 81% white evangelical support for Trump also found a nearly twenty-point advantage for Clinton among 18-29 year olds. We can’t cross-tabulate those results, but a poll conducted in late October at Wheaton College — a flagship member of the Council for Christian Colleges and Universities (CCCU) and one of the schools Adam is studying for his book — found that 43% students had already voted for Hillary Clinton or planned to do so, versus only 26% for Trump.

So how did the evangelical college vote break? We can’t know for sure, but where the data have been reported, we can look at the vote totals for the electoral precincts connected to those campuses.

Now, even a historian-blogger on sabbatical isn’t going to commit endless hours to a research project that takes him well beyond his expertise. (I’m hoping some political scientist corrects my errors!) So I narrowed my scope to evangelical colleges and universities in four states: Minnesota, Ohio, Pennsylvania, and Virginia.

I dropped two relatively small schools from the list: North Central University in Minneapolis, MN and Bluefield College in Tazewell County, VA. Even if all the residential undergraduates at Bluefield and North Central voted, they would have accounted for relatively small fractions of the ballots cast in their precincts. In most of the other cases, the size of the undergraduate student body was either similar to the number of votes cast or significantly larger.

Then I added Liberty University of Lynchburg, VA. While Liberty isn’t a CCCU member, it bills itself as “the evangelical Notre Dame” and featured prominently in campaign coverage of evangelicalism and politics, since its president was a vocal supporter of Trump — prompting at least some student pushback. Moreover, in 2012 Lynchburg created a new precinct so that Liberty students could vote on campus, making those totals especially interesting.

You can find my full spreadsheet here. But let’s start with an alphabetical list of schools and how their precincts voted in 2016:

Of the ten precincts on the list, half went for Clinton and half went for Trump. Given all the attention paid to Liberty and its president, it’s perhaps most notable that Trump received about six out of every seven votes cast at that precinct. Indeed, Clinton trailed independent conservative candidate Evan McMullin in that part of Lynchburg.

(On the ballot in Virginia and Minnesota, though not Pennsylvania and Ohio, McMullin fared best on this list with Bethel students and their neighbors in Arden Hills, winning 6.5% of those votes. Two miles down the road in Northwestern’s section of Roseville, he did about half as well, coming in at 3.4%.)

On their face, these totals could conceivably serve as evidence for either side of the argument. But if you compare the results from 2016 to those from 2012, I think it becomes harder to conclude that Trump’s candidacy resonated strongly with evangelical college students.

Here’s the same list, this time ranked by the size of the swing away from Romney in 2012 to Trump four years later:

Having blogged once about the possibility of a centrist Christian democratic party breaking through to major party status, I do find it intriguing that the 3rd party/independent vote totals spiked so significantly in precincts housing large numbers of young evangelicals. In every case, the collected share of votes going to candidates other than Trump and Clinton exceeded the national average (just under 5%, up three points from 2012), often by a factor of two or more.

But to get back to our original question… The decline in support for the Republican candidate from 2012 to 2016 certainly stands out. Perhaps most striking is the result at John’s institution, given that Messiah’s undergraduate student body (large by CCCU standards) dwarfs the population of the surrounding village of Grantham, and those students merely have to walk over to a neighboring church to vote. And while some of these other college precinct changes might bear out the idea that evangelicals stayed home rather than voting for candidates they disliked, turnout near Messiah actually went up this year.

My own institution, I should remind you all, is Bethel, whose undergraduate population is about a thousand people larger than the number of votes cast in its precinct. So while I’m sure only a minority of those students voted in Arden Hills, I would hesitate to dismiss so large a drop in support for the Republican candidate.

10 thoughts on “How Did Evangelical College Students Vote in the Presidential Election?”