• Still wrestling with my own feelings on the subject, I got some help from four other evangelicals struggling with the meaning of evangelicalism.

• And thanks to everyone in my “public” who took the time to share their own relationship with evangelicalism. Results to the right…

• Over at The Anxious Bench, I started a new series on the challenges of writing biographies — since I’m contemplating one such project.

• Back here I shared a sermon that I preached in October, but might still be relevant here in November.

• I thought I ought to fess up about my own preaching, since I’d shared some advice for pastors who might have been struggling with how to preach to divided congregations in the wake of Election Day.

• My favorite piece of the week was Stan Friedman’s reflection on following Jesus’ most difficult command in our current political climate: “We have become a nation of enemies…. it seems that every day there is at least one new reason to justify my anger and sense of betrayal. I struggle to separate my desire to speak out from my desire to strike back. And yet every day, there is that awful command of Jesus. Sometimes, I wish he never said it.” 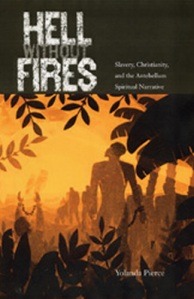 • But Yolanda Pierce reminded us that the costs of bridge-building can be high: “ I do not know if I can continue to pay the cost of being a peacemaker and a bridge-builder with those who refuse to see how their actions have so deeply wounded minority communities. Something has been broken for me; a fragile hope that the work of racial and gender justice will be embraced by the larger church.”

• What does Donald Trump’s election mean for Christian colleges and universities?

• Or for evangelicals beyond this country?

• “Evangelicalism is alive and well,” argued Dale Coulter, “but the Religious Right remains on life support. This election was more like a shot of Epinephrine, increasing the chances of short-term survival while not resolving the underlying problems. The Religious Right will likely limp along for quite some time, but its capacity to influence the evangelical world will steadily wane.”

• Mark Lilla lamented the impact of “identity politics” among those, like him, on the Left: “The moral energy surrounding identity has, of course, had many good effects…. But the fixation on diversity in our schools and in the press has produced a generation of liberals and progressives narcissistically unaware of conditions outside their self-defined groups, and indifferent to the task of reaching out to Americans in every walk of life.”

• The vice-president elect went to see Hamilton… Cue booing and post-play speech from the stage. And this hashtag, in reply. (Though it sounds like Mike Pence himself wasn’t actually offended by his reception.)

• To the short list of reasons I wish I weren’t spending a sabbatical in the Blue Ridge Mountains, add the fact that I’m missing a fascinating exhibition on Martin Luther at the Minneapolis Institute of Arts.

• Kate Shellnutt reported on the transformation of women’s ministry in 21st century evangelicalism.

• Why are some Protestant churches growing in Canada?

• In large part because evangelicals opposed the original peace deal between the Columbian government and the FARC insurgency, a new version has been negotiated.

• A new study suggests growing “professionalization of the curriculum” at liberal arts colleges.