When I shared my summer reading list last year, it started with John Turner’s biography of Mormon leader Brigham Young and Philip Jenkins’ religious history of World War I. Little did I know that a year later I would be sharing a blog with both scholars! So I’ll start this year’s list as optimistically as I can…

(More important to note: John’s and Philip’s were two of the few books on the 2015 list that I actually got around to reading before the summer was out, so take this year’s model with a grain of salt. If you read one of the entries on here, go ahead and let me know what you think — you’ll most likely get to it before I do!) 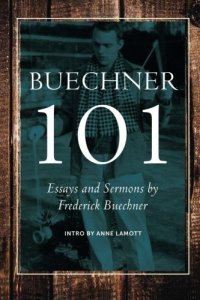 I’ve quoted Buechner so often that you might think I’ve read a lot of his work. But no, apart from his writings on Christian vocation, I’m embarrassingly unfamiliar with the oeuvre of America’s greatest living pastor-novelist. Time to start rectifying that with this just-published collection!

Speaking of embarrassing oversights… I could hardly head off to the Blue Ridge Mountains of Virginia without first reading Dillard’s classic.

I’d appreciate other suggestions from genuine religious historians who know this region well, but as a placeholder, I’ll plan to dive into this classic account of a journalist’s encounter with a “peculiarity of Southern experience” that “started when people came down from the hills to discover they were surrounded by a hostile and spiritually dead culture.”

Well, it paid off last year… This time I’m not going to wait three years to read John’s latest contribution to the burgeoning field of Mormon historiography.

Alan Jacobs, The Book of Common Prayer: A Biography

This “biography,” on the other hand, has taken me three years to get to. Likewise…

I enjoyed MacCulloch’s dense histories of the Reformation and the first “three thousand” years of Christianity, but had forgotten about his book on varieties of religious silence until I impulsively grabbed it at Barnes & Noble last week.

Didn’t get to it last summer, but… well, second time’s the charm, right?