I’m happy to announce that, starting next week, I’ll be a regular contributor at The Anxious Bench, a group blog on the Patheos Evangelical channel. I’ll be filling the Tuesday slot occupied by Bench co-founder Thomas Kidd, who will be blogging for The Gospel Coalition when he’s not churning out award-winning books about 18th century American religious history. 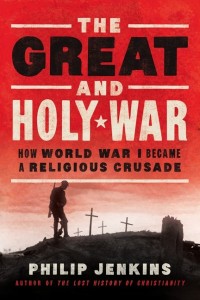 Even after the imbalanced swap of Kidd for Gehrz, this particular bench remains a deep one, with some truly impressive “historians of broadly evangelical faith [sharing] their reflections on contemporary faith, politics and culture in the light of American and global religious history.” I doubt that Philip Jenkins needs much introduction, and John Turner (for the leading role he’s played, as a historian from outside the LDS fold, in the “Mormon moment“) and David Swartz (for his groundbreaking work on politically progressive evangelicalism) may be familiar to long-time readers of this blog. Beth Allison Barr regularly corrects my mistaken assumptions about medieval Christianity. And each month Agnes and Tal Howard each contribute thought-provoking posts on everything from Puritanism to snake handling.

(Here let me sneak in an announcement-within-an-announcement: earlier this year I was elected to a term on the board of the Conference on Faith and History, as Tal rotates off that group. More importantly, Beth was voted in as the CFH’s Vice-President and President-Elect.)

If you’re not already an Anxious Bench reader, I hope you’ll choose this moment to add it to your feed! (You may recall that when I listed ten should-read blogs by Christian historians in a 2013 post, Anxious Bench topped the list.)

Rest assured that I’ll continue to blog regularly here at The Pietist Schoolman. My intention is to keep up my recent pace of three posts per week (plus the Saturday links wrap), but one of them will now appear first at Anxious Bench and then be re-posted or excerpted here.

One thought on “Announcing My New Blogging Gig: The Anxious Bench”