I’m busy this morning helping our department host the 2016 Minnesota Undergraduate History Symposium, but let me toss off a relatively short TWTWTW…

• My post on the “indefensible hope” of baseball’s Opening Day cursed two of the teams I mentioned. The Cubs lost one of their bright young stars for the season, and my own home team has yet to win a game.

• One more sports post: coaching advice from a simpler time in basketball history.

• This week’s new episode of The Pietist Schoolman Podcast revisited an old idea from the Reformation… but connected it to Christian cultural engagement in the 21st century. 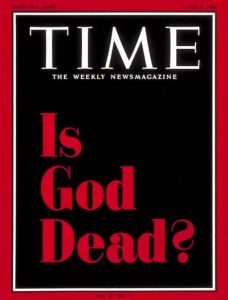 • Less than a month after it closed and fired its staff, a charismatic Lutheran megachurch here in suburban St. Paul reopened.

• Our co-religionists are discouraging David Gushee: “It is not just that many Christians fail to live up to the clear demands of Christian discipleship. It’s that we can’t even agree on what those demands are. We all say we believe in Jesus, but what we make of that belief is so irreconcilably different that I am not sure that we are in any meaningful way members of the same religious community.”

• Ed Stetzer considered levels of unity (and places where it is inappropriate) within Christianity.

• Looking on the sunnier side of things, my favorite recent development in American Christianity is the huge success of the satirical website The Babylon Bee. Here’s the back story.

• Next week the Vatican will host a conference reexamining the Catholic Church’s preference for the just war tradition.

• Also headed to Vatican City: Bernie Sanders. But barring some spectacular collapse, the winner of Wisconsin’s primary is still almost certain to lose the race for the Democratic nomination.

• I know he’s moved on to other projects, but it was good to see Philip Jenkins revisit the religious history of World War I — specifically, the prevalence of superstition among soldiers on both sides.

• The president who took the United States into that conflict will remain the namesake of a residential college and public affairs school at Princeton University, though it pledged to improve “in recognizing [Woodrow] Wilson’s failings and shortcomings as well as the visions and achievements that led to the naming of the school and the college in the first place.”

• How not to have a powerful study abroad experience…

• And RIP Merle Haggard. David Graham’s obituary would also serve as a good point of entry for anyone who missed out on one of country music’s true greats.