Yesterday Everett Piper, the president of Oklahoma Wesleyan University, presented a position paper to his faculty and staff, elaborating on why he feels justified in threatening to pull OKWU out of the Council for Christian Colleges & Universities if the CCCU does not expel Goshen and Eastern Mennonite by August 31st. Why would he not want that consortium even to take the time to consult its members’ presidents before responding to the two Anabaptist schools’ decision to hire employees in same-sex marriages? Let’s quote: 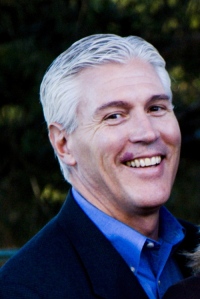 Put concisely: There are times when the discussion becomes the offense.

Presumably there are some things within any organization that are not—and should not be—subject to deliberation and any discussion to the contrary simply betrays a telling lack of conviction.  For example, would anyone expect the Anti-Defamation League to “discuss” whether or not Jews are human beings, worthy of the same dignity and rights as Germans or Iranians?  Would anyone dare challenge the NAACP for its predictable reluctance to “deliberate” the Dred Scott decision’s definition of a black man?…

And so forth… The upshot is that, for Piper, “any organization claiming the adjective ‘Christian’ should consider certain ideas so far outside the boundaries of any definition of Christianity that they would simply say: ‘Some things are just not debatable, the discussion is over.'”

If readers would like to respond to Piper’s argument, the comments section is available. Just don’t expect me to join in. I’ve said enough on the particular topic of marriage and its status as an issue of primary or secondary importance for a Church that is made for unity. If I don’t agree with another CCCU president that our view of marriage “is at the heart of the Gospel,” I’m certainly not going to agree that opposition to same-sex marriage is so central to Christian identity that questioning it is akin to the ADL questioning the humanity of Jews!

But offensive as I find the line of argumentation here (a barely veiled Holocaust allusion!), let me pull apart one of Piper’s rhetorical questions, since it unfortunately pits against each other two words that actually belong together:

Could it be that the CCCU’s openness to dialogue has actually become the offense because its ambivalence demonstrates an apparent lack of conviction in favor of consensus?

Now, I need to acknowledge that I instinctively incline to seek consensus — and that instinct is fallible. Indeed, I’m sure that I occasionally confuse conflict-avoiding with consensus-seeking.

So I’m probably the kind of person Piper has in mind when he thrice complains about Christians who lack conviction. As Protestants we ought to know that there will be moments when we need to say — against the consensus of the present, and perhaps the past — that our convictions, like our consciences, are captive to the Word of God. Here we stand. We can do no other. God help us.

But knowing that those moments are few and far between, let me suggest a few theses — not 95, just thirteen — about what it normally means when Christians talk about holding to their convictions: