From this past June: my three-part attempt to explain my little-known, fast-growing denomination, and why it’s so distinctive.

This past June I flew from Minneapolis-St. Paul to Chicago, where I represented my congregation at Gather ’14, the annual meeting of our denomination, the Evangelical Covenant Church.

at least one person just asked. 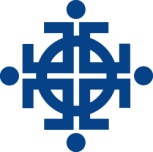 (“Why would anyone attend a denominational annual meeting?” asked someone else — or maybe the same person — a microsecond before…)

“What’s the Covenant? Only the second fastest-growing denomination in the United States,” part of me wants to boast.

And while that’d be prideful, it’d also be truthful. According to the 2010 Religious Congregations and Membership Study (RCMS), from 2000 to 2010 the only Christian denomination with at least 100,000 adherents to have grown more than the Covenant (49.1%) is the much smaller Evangelical Presbyterian Church (61.6%). And it’s done all this in a decade when large mainline denominations have shrunk by 20-25% and even some leading conservative evangelical bodies have experienced stagnant growth or slight decline.

At the same time, I still assume that 95% of the people I run into will not have more than the vaguest notion of what my denomination is. After all, despite all that impressive growth, the Covenant Church still has fewer than 230,000 adherents by the count of the RCMS  — making it the 46th largest religious body in the United States, smaller than the International Pentecostal Holiness Church, National Missionary Baptist Convention, and the Amish! There are only five states where Covenanters account for even 2 people per 1000 of total population: Oklahoma, Minnesota, Alaska, Colorado, and Kansas.

Good grief, I’ve known well-trained scholars of religion who know little more of the Covenant than what anyone could pick up from its Wikipedia entry. (“Former NFL coach/GM Mike Holmgren is a Covenanter?” “Yeah, and two of the guys from The Fray!!”) And the name is confusing, since “covenant” is a meaningful term for various reasons in a variety of religious traditions. One of the members of our own congregation once asked me why “Covenant theologians” think God doesn’t love the Jews. I think she might have been thinking of this.

But it’s a denomination that I deeply cherish. To my mind, the fact that it’s growing — and, more importantly, the way that it’s growing — is one of the more encouraging trends in American religion. And I haven’t even mentioned that the Covenant Church in this country is probably smaller than the one in the Congo!

But that’s another post. As I continue, I want to unpack some of the ways that Covenanters have often described and differentiated themselves.

So if you’re a Covenanter, that’s your cue! If someone asked you “What’s the Evangelical Covenant Church?” what would you reply?