My Saturday links post will take a break, since on Monday I’ll be giving a “best of 2012” version of it. Instead, let me know what you think about a couple of film-related questions on my mind the last few days… 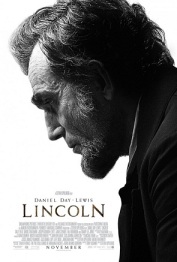 My wife and I finally had a chance to watch Lincoln earlier in the week. While it’s not a filmed biography in the conventional sense — it covers only a few weeks of Abraham Lincoln’s life, though earlier events and relationships are invoked so often it feels like you know much of his story — it did capture its subject about as well as any movie I’ve ever seen. It’s been said by many reviewers, but I’ll be uncreative: Daniel Day-Lewis gives a deeply empathetic, nuanced portrait of a famous American you only thought you knew.

So I was already wondering to myself: what’s the best biopic in film history? Then I read something on Efrem Smith’s Facebook account Thursday night: noting that Spike Lee wasn’t a fan of another recent movie set during the Civil War era, Efrem urged the director to stop complaining about Quentin Tarantino and instead make a new movie as good as Malcolm X. He suggested that both Marcus Garvey and W.E.B. DuBois would make great fodder for such a biography…

2. Whose life story has yet to be made into a movie, but would be a can’t miss?

I’ve got a few thoughts on each, but would love to hear suggestions from history/biography/film buff readers…

Some great biopics off the top of my head…

And then life stories that are too good to fail… but haven’t yet been filmed? My list feels incredibly random, but again, a few that came to mind:

4 thoughts on “Biopics: The Best, and the Can’t Misses No One’s Made”