• 2012 has been busy, and 2013 is shaping up to be even more hectic, but I was happy to add this speaking engagement on the Pietist impulse in the 21st century.

• And I’ll always make time for a mock trial that, year in and year out, is probably the best, most challenging thing that I ask my students to do.

• After passing along some more historically authentic Thanksgiving recipes, I went with an uncreative but tasty menu of Iowa ham, mashed potatoes, green bean casserole, cranberry sauce, and my favorite Cook’s Illustrated recipe of all time: a bread stuffing that features bacon, caramelized onions, tart apples, and fresh sage.

• As a national holiday, Thanksgiving began with a proclamation from Abraham Lincoln in 1863 — the same year he gave a two-minute speech at a new military cemetery that received mixed reviews.

• Back in October I gushed about Robert Tracy McKenzie’s presidential address to the Conference on Faith and History, so you won’t be surprised to find me thrilled to see him blogging regularly again — for example, on how the history of the Pilgrims serves as a “mirror” for us today.

• I know it’s two days after the holiday, but that’s certainly not too late to read Ben Witherington’s Thanksgiving reflection, on the Apostle Paul’s habit of giving thanks for the same people that vex him.

• No word from researchers on hustle, but flow has now been explained by specialists in neuroanatomy. Turns out that freestyle rap produces an altered state of mind — much like improvisational jazz and, one assumes, lecturing about European history.

• As someone who reacts viscerally against almost every aspect of hipster culture, my first instinct was to salute Christy Wampole’s widely read critique of irony. But the part of me that grew up memorizing whole episodes of The Simpsons pointed out that she was saying nothing new. (From the “Homerpalooza” episode that first aired sixteen years ago: “Are you being sarcastic, dude?” “I don’t even know anymore…”) Oh, and her essay was historically inaccurate.

• Clearly inspired by having been named one of my “Conservatives for progressives to read,” David Brooks provided his own guide to the “vibrant and increasingly influential center-right conversation” happening among conservative bloggers and other online writers. 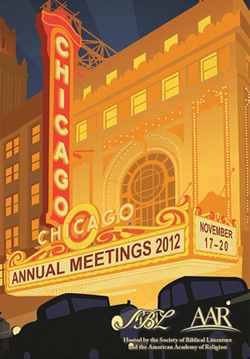 • Jana Riess came back from the American Academy of Religion/Society of Biblical Literature meeting realizing that such gatherings still serve a purpose, though not the one professors might emphasize for their provosts and deans: “The academic purpose of gathering in our thousands may be diminishing, but the social point is as strong as ever.”

• I was happy to read Francis Beckwith’s reflection on participating in another academic conference, that of the Evangelical Theological Society, where he described a healthy ecumenism marked by hospitality, civility, and respectful, honest disagreement. Then I got to the comments section, where readers were informed by someone named “Manfred” that “All other religious communities which call themselves ‘christian’ are mere man-made knockoffs of the Roman Catholic Church.” After being gently chastened by another commenter (“the separated brethren may never lay claim to the authority of the Church over teaching and ordination, but they certainly do have a share in the common faith and hope of Christians”), Manfred doubled-down: “The separated brethren have done enormous harm to the True Church and continue to this day…. They are the enemies, with many others, of the Church.”

• Hey, speaking of… Simply because it presents a more complicated picture than that allowed by most media, I appreciated Mollie Hemingway’s alternate take on the narrow defeat of a proposal to allow women to be appointed bishops in the Church of England, even if I disagree with the implication that those pushing for the change (e.g., the outgoing and incoming archbishops of Canterbury?) seem to be motivated by “cultural context” while “Scriptural authority and tradition are just as clear and convincing to those who resist the doctrinal changes.” Of course, I’m happy to be a member of a denomination that’s been ordaining women as pastors for a few decades now — and would surely do the same with bishops, except that we don’t recognize such an office. See Rachel Held Evans’ response for one that would mirror my own…

• Also at Evans’ blog, playwright Catherine Trieschmann continued the “Women of Valor” series by reflecting on the complicated saintliness of Madeleine L’Engle.

• L’Engle’s A Wrinkle in Time, said Anne Lamott this week, “saved me because it so captured the grief and sense of isolation I felt as a child.” This from her interview in the New York Times‘ “By the Book” series, in which she also confessed her love of nonfiction, her inability to enjoy Jonathan Franzen, and more. And that came just a few days after she shared her prayer of thanks for her family with Times readers: “I grew up wanting a normal family that said prayers and went to church, but thank God you mostly ignored my menu choices, because instead I got left-wing intellectuals.”

• This “playlist” from the Englewood Review of Books would be pretty good for non-pastors, too.

• I don’t know if I agree with the thesis of Andrew Piper’s piece on Kindle “reading,” but it’s hard not to like someone who would reference both St. Augustine and the Venerable Bede on Slate.

• Thanks, Alan Jacobs — as if I didn’t feel enough pressure picking textbooks now that our selection deadline has been moved to nearly half a year in advance.

• And this morning’s installment of “Weekend Reading” at AC 2nd, our department blog, links to stories about Aztec headgear, Cherokee Confederates, the first faked war film, the oldest American book, and a tsunami in medieval Switzerland.