I was struck at the end of last week by a pair of quite different articles that shared two themes: church growth and decline, and conclusions relating those trends to how political or apolitical a church is.

First, historian Thomas Kidd’s Patheos column on “The Rise and Fall of American Methodism.” Kidd begins by recapping the sudden but sustained rise of Methodism after the American Revolution (an event bitterly opposed by John Wesley), a remarkable revival that saw American Methodist numbers eventually reach 16 million after World War II. (From my own field of study, I should add that no Protestant group founded more colleges and universities than the industrious Methodists and Wesleyans.) But as amazing as that growth was, Methodist decline has been as astounding: with current levels maybe half what they were just fifty years ago.

What happened? Following the findings of Mark Tooley, in his recent Methodism and Politics in the Twentieth Century, Kidd attributes Methodist decline in part to their leaders engaging too often in political advocacy, particularly of a left-wing variety:

Reading Tooley’s history, one is struck by the desultory quality of the Methodist church’s political choices over the past century. Bishops reacted to one world crisis after another with lagging responses that often appeared designed to please political allies. Even occasional dalliances with communism (both Soviet and Chinese) were, at the time, regarded as prophetic and forward thinking. Now they seem shockingly short-sighted.

Tooley demonstrates the perils of a church trying to maintain its prophetic edge through political advocacy. The church’s primary business, of course, should never be contemporary politics. Confessing that Jesus is Lord has always had political ramifications, but aligning that confession too closely with specific powers of this world often leads to the church being exploited as a political tool and ultimately abandoned when the tool is no longer necessary. Tooley shows that the Methodists’ high point of political power came in enacting what became the great failed policy of Prohibition. For the better part of the past century, some in the Methodist hierarchy have been scrambling to recover that lost political influence.

Being accepted by political authorities is always a tantalizing prospect, but it often comes with a price of distraction from the church’s main business….

United Methodist leaders seemed to recognize the problem, warning at the 1972 General Conference “that churches were often devoting entire Sundays to organizing political demonstrations, discussing ‘the next election, or the most recent word from the high priests of ecology,’ with nary a mention ‘of divine pardon, or of holiness of life, or of the world to come.'” But it’s unclear that the warning was heeded, and the decline only worsened in succeeding years.

It should be noted, as Kidd does, that Tooley heads a mainline renewal organization, the Institute on Religion & Democracy. Described by Tooley as “a watchdog of the religious and evangelical left…,” the IRD professes its “hope to model for our denominations an alternative means of social witness from the tendency too often seen of denominational political lobbies being driven more by secular political ideologies and partisan loyalties than by timeless Christian values, and functioning with little discernible difference from secular political lobbies beyond than glib suggestions of God’s endorsement of or opposition to a seemingly limitless variety of specific legislation.” Check out the positions it takes on several issues — e.g., marriage, abortion, immigration, the environment, foreign policy — to judge for yourself if this hope has been fulfilled.

For Kidd, evangelicals have much to learn from the Methodists, even if the political positions they hear preached are quite different from those promoted in the UMC church down the street:

The American Methodists’ experience of decline is a cautionary tale for all churches, including conservative ones. Evangelical church membership in America today is only holding steady, at best, and we may well look back in a generation and see a story of American evangelical decline similar to that which the mainline churches have experienced in the last forty years.

Especially those evangelical churches that position themselves effectively as a wing of the Republican Party might expect the same descent as the mainline. Obviously, there are politically-relevant doctrines concerning the biblical view of life, marriage, and sexuality that remain essential for evangelical Christian teaching. But seeking to fulfill the church’s mission primarily through political advocacy appears to be a key historic ingredient in denominational decline.

Which leads us nicely into a second article, a Washington Post profile of evangelical pastor Mark Batterson, a former college basketball player and aspiring filmmaker who threw himself into ministry and now heads the National Community Church (NCC). Already a thriving congregation with seven sites in Washington, DC, NCC recently purchased (with $15 million in cash) land across from Capitol Hill “at a time when it’s rare for a city church to expand. Close watchers of the evangelical pastor scene say Batterson is among the most promising leaders for the next generation.”

What makes NCC so different? Not surprisingly, given the locale, the Post reporter comments on politics, but not in the way that one might expect: 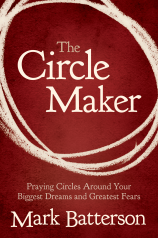 Batterson’s typical Sunday crowd is hardly typical. In a back row of the movie theater, which the church is restoring, sits an aide to a Republican presidential contender. With the place packed to overflow, as usual, a jeans-clad member of President Obama’s faith outreach team sits cross-legged on the floor. Leaders of national advocacy groups across the spectrum dot the audience.

The type of people whose days are jammed with partisan power politics, they love Batterson in part because he has embraced a credo that is gaining popularity among younger conservative evangelicals: Lay off the politics, particularly of the divisive kind….

The devout from both the Obama crowd and the Liberty University crew seem attracted to Batterson’s focus: finding a way in a secular culture to have an intense, submissive relationship with God.

At a time, then, when evangelicalism itself seems to be treading water numerically (admittedly, a difficult matter to determine given the perils of defining “evangelical” or “born-again” in such polling) and some within the movement consider abandoning the adjective because it is so closely identified with right-wing politics, the Post finds a megachurch drawing its many new members from across the political spectrum — in part, by steadfastly steering clear of partisan politics.

(Though this is not necessarily the many point of the article, which discusses Batterson’s unusual ability to “[blend] orthodoxy and innovation” — e.g., by meeting in movie theaters, blending conservative theology and motivational language, and envisioning the congregation as a ‘free-market society.’)

Now, there are at least a couple of obvious objections to the too-tidy take-away that “apolitical” = “church growth.”

First, as any evangelical by now should recognize (and if not, read Dallas Willard), churches don’t simply grow by adding numbers of worshipers. “Growth” for Christians involves discipleship and formation. While I’m happy to see new people in our gatherings on Sunday — and perhaps they come to Salem and stay there because they find it an apolitical refuge from the partisan storms outside our doors — we could add 10, 100, or 1000 new members in that way and still stagnate or decline as a community if we weren’t experiencing spiritual growth, deepening in love for God and our neighbors.

And that growth, unavoidably, has a political dimension. As Kidd acknowledges in passing, “Confessing that Jesus is Lord has always had political ramifications….” Any Christian who follows their Lord — rather than Caesar — in praying and striving for his Father’s Kingdom to come on Earth, not just in Heaven, is engaging in politics. Though perhaps a politics quite different from the one shouted on cable newschannels and plotted in the halls of secular power.

But before I put both feet on the soapbox, let me hop off and ask you all:

How political or apolitical is your church? Do you wish it were more or less involved in politics? Does the degree of a church or denomination’s political activism have anything to do with its growth or decline? Do you sense politics fatigue in evangelical churches?