This week I looked back at two weeks of teaching in the middle of a pandemic and looked back four years to a series of posts that anticipated my Lindbergh biography. Elsewhere: 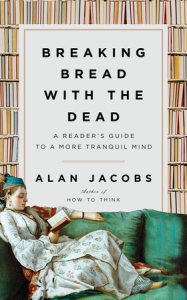 • Going back on campus has restored a sense of the weekday/weekend divide, but that’s certainly not true for everyone.

• Molly Worthen brought multidisciplinary perspectives to the complicated question of whether empathy is possible.

• Alan Jacobs’ newest book is timely as ever, as he encourages us to read past voices, “even when they say things we don’t want to hear, and when those voices belong to people who have done bad things.”

• This week in my Cold War class, we’ll be exploring the differences between Communism and democratic socialism, a distinction that’s being blurred in Donald Trump’s advertising in one battleground state.

• I know it’s hard to remember each week’s Trump scandal when another soon takes its place, but I hope Americans have a longer memory of his evident disdain for the military.

• Are Trump’s renewed overtures to religious voters “falling flat”? It’s hard for me to believe in a double-digit swing away from Trump among Catholics and evangelicals, but I do think it’s possible that some of those voters who couldn’t bring themselves to vote for Hillary Clinton in 2016 could cast a ballot for Joe Biden in 2020.

• Americans have been fearing a second civil war pretty much since the end of the first one.

• Not exactly my favorite topic, but I was happy to provide a short quotation and some background for Liam Adams’ report on the economic crisis of evangelical higher ed.

• I’m glad Christianity Today published that piece — then followed it with Alan Noble’s stirring call for the church to invest in Christian liberal arts education.

• How that evangelical magazine’s former editor converted to Catholicism is as fascinating as the conversion was unexpected.