As I wrote here after I turned in my Charles Lindbergh manuscript earlier this month, it’s an odd feeling to finish a book. It feels great to follow through on a project that big, but I’ve also felt somewhat adrift, now that I’m not spending hours a day researching, thinking, and writing about one person.

What now?, I seem to ask myself at least three times a day. I do have a couple of ideas for a next book, but they’re only in the notional stage.

At some point soon, I’ll need to throw myself into rethinking my fall classes for Bethel’s “modified face-to-face” format. (I’ll say more before the month is out.) But because so much of that has been in flux until now, I’ve held off on putting too much effort into that process.

So in this awkward interim of not having a writing project and not prepping classes, I’ve stumbled across one sure-fire good thing to do. For the first time, I bought an all-year pass to Minnesota’s excellent state parks system and have been taking the kids on weekly hikes. 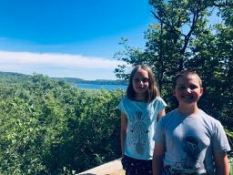 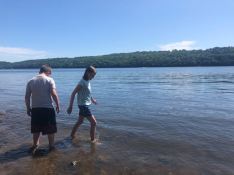 Altogether that system comprises over a quarter-million acres spread around about a hundred parks, trails, and other sites. (That doesn’t include millions of acres of protected state and national forests, nor Voyageurs National Park or the Boundary Waters.) In 1891, the state parks began up north with Itasca, at the headwaters of the Mississippi River, but we’ve started with parks in the Twin Cities metro area, including one made up of land in the shadow of Fort Snelling, where Dakota women and children were interned after the war of 1862. Yesterday we were southeast of the Cities, where the St. Croix River starts to flow into the Mississippi. We even got to see a couple of young bald eagles trying out their wings as they flew around their nest.

Aside from giving impatient historians and cooped-up school children something to do, why are such parks so important? Let’s check back in with my research subject… 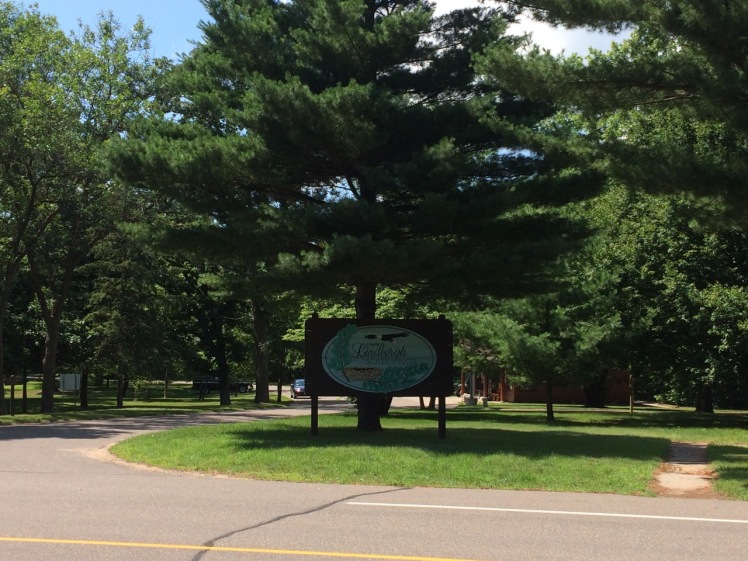 There actually is a Charles A. Lindbergh State Park in Minnesota, surrounding the Lindbergh House in Little Falls. It’s named for Charles Lindbergh’s father, who served as U.S. Congressman for that district for ten years. The park itself was established in 1931, when the family donated 110 acres to the state. Five years later, WPA crews began to repair the family home and construct new shelters, trails, and other structures.

In 1973, the year before he died in Hawaii, Charles Lindbergh returned to Little Falls to speak at the dedication of the park’s new interpretive center. You can read the full remarks here, but let me just quote part of his comments:

Obviously, this park means a great deal to me because of associations extending back more than seventy years…. But the park means even more to me because of its preservation for future generations and the wildness and natural beauty I lived in as a child. With each year that passes I feel more convinced of the essential need of preserving man’s natural environment. I find extraordinary satisfaction in knowing that my family has contributed to this preservation.

As I explain in the last chapter of my book, environmental conservation was a passion of Lindbergh’s in his last years, reflecting his experience of World War II (when he lamented the destruction wreaked by the airplane) and his travels in Africa, South America, Oceania, and East Asia, where he saw urbanization and modernization encroaching on wildernesses. But his environmentalism had long roots, reaching back to his memory of taking nature walks and going hunting with his father on what he saw as a vanishing frontier. (“I think of the centuries that the river beside carried a traffic of Indian canoes,” he said in 1973.) Perhaps with those memories in mind, he moved his family to a house on a rugged island off the coast of France in 1938, in part because he wanted his “children to know and to love the earth itself. If they can keep in contact with the land and the water and the sky, they can obtain all worthwhile that life holds.”

“In establishing parks and nature reserves,” Lindbergh concluded, “man reaches beyond the material values of science and technology. He recognizes the essential value of life itself…of the miraculous spiritual awareness that only nature in balance can maintain.”

One thought on “Charles Lindbergh on the Importance of Parks”