I blogged about Harry Potter and history and podcast about the reading list for our new sports history course. Elsewhere… 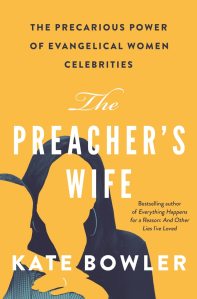 • After that, I’ll move on to James K. A. Smith’s much-anticipated book on Augustine. The Christian Century published an excerpt dealing with one of the central problems in that theologian’s life.

• If you’re not on Twitter, you might not realize that there was a big debate among evangelicals over David’s treatment of Bathsheba.

• What if the Apostle Paul were around to write an epistle to the church in America?

• For the second year in a row, the Nobel Peace Prize went to a Pentecostal Christian from Africa. (Stop by The Anxious Bench on Tuesday for a post inspired by the story of Abiy Ahmed.)

• Meet one of the most interesting athletes in the world: an Australian rugby star whose political activism was partly inspired by Dietrich Bonhoeffer.

• I doubt that Donald Trump’s appalling treatment of Kurdish allies will loose him many rank-and-file voters, but because of implications for religious liberty, it might hurt his standing with some leading evangelicals.

• Oh, and yes: the impeachment inquiry against Trump should move forward. Just ask 17 of the people who worked on Watergate.

• Should Christians cultivate influence among the (politically or culturally) powerful?

• It was quite the week to start talking about German anti-Semitism in my modern European history course… A far right political party again appropriated the image and words of Martin Luther, and a gunman tried to slaughter Jews during Yom Kippur (in a historic center of Pietism).

• I’ll circle back to Beto O’Rourke’s comments on revoking tax exemptions for non-LGBT affirming churches and religious organizations, but Adam Laats thought that Christian college folks should pay attention to what might be a greater threat in the long run: an executive order by Pres. Trump.

• In my address at Point Loma Nazarene last week, I considered how Christian colleges participate in God’s “economy of grace.” For a much fuller development of that theme, see Dan Grubbs’ latest for Front Porch Republic.