Just a short post as I prepare to head to the airport: I’m flying to Grand Rapids, Michigan, where the Conference on Faith and History is holding its biennial meeting at Calvin College. The undergraduate sessions are already underway, with the professional conference kicking off tonight with Peggy Bendroth’s address on “History and Faith in Anxious Times.”

You can find the full program here. I’ll be part of two panels:

• Tomorrow at 10am, I’ll moderate a roundtable discussion of “the distribution problem for Christian scholars” in the Willow East room of the Prince Conference Center. This session started with an Anxious Bench guest post by Raully Donahue, who observed that “no Protestants here [western Michigan] participate in the broader world of current Christian scholarship. They are in fact unaware of it. This is a distribution problem.” I’m looking forward to hearing responses to his argument from two AB bloggers — Kristin Kobes Du Mez and Beth Allison Barr — plus my IVP Academic editor Jon Boyd (who holds a PhD in history from Johns Hopkins) and John Hwang, founder/CEO of a strategic innovation agency called Lanio, who is starting a podcast and web platform meant to help facilitate public scholarship. (Here’s John’s AB response to Raully’s post, plus some thoughts of my own from earlier this year.) 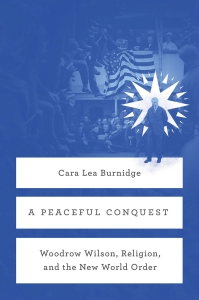 • Then I’ll be up bright and early on Saturday for an 8am session on “Non-Traditional Spiritual Biographies” (Commons Annex, Room 214, upper level). I’ll share some comments on my Charles Lindbergh research. But mostly I’m looking forward to learning from some colleagues who are more experienced at writing biographies that depart from more conventional Christian life stories: Cara Burnidge, author of A Peaceful Conquest: Woodrow Wilson, Religion, and the New World; Jay Case and Malcolm Gold, currently collaborating on a spiritual biography of Bob Dylan; and Amy Artman, whose Miracle Lady: Kathryn Kuhlman and the Transformation of Charismatic Christianity is due out next spring in the same Eerdmans series to which I’ll contribute my “spiritual, but not religious biography” of Lindbergh. Fittingly, our moderator is the editor of that series, Heath Carter.

(To continue my education as a biographer, I’ll head from our “non-traditional” session to a 10am roundtable on “Biography and the Search for Meaning” on the lower level of the Commons Annex’s lecture hall.)

I’m barely scratching the surface of this year’s remarkably rich program, which was organized by our friend John Fea. So if you can’t get to the conference, or if you’re facing a hard choice between concurrent sessions, know that I’ll again live-tweet as much as I can, using the hashtag #CFH2018. If you’re on Twitter, please do likewise, so that I can get glimpses of panels I was forced to miss.

This is the 50th anniversary meeting for CFH, so I expect to hear much reflection in plenary and concurrent sessions — and informal conversations — on where the Christian practice of history has been, where it is now, and where it’s heading. On that last topic… I’m especially excited to see increasing interest in how Christian historians — like other scholars — can go beyond their professional guild to engage with the public. That’s not only the theme of our “distribution problem” session — plus a late Saturday panel on public history that includes the new director of our state’s rather wonderful historical society — but it should come up in some interesting ways during our CFH board meeting on Saturday.

Look for some further reflections on CFH 2018 next week, here and/or at The Anxious Bench.