Earlier this month I wrote a couple of posts making economic and non-economic arguments for the continuing value of college majors like history, English, philosophy, and the other “humanities.” Today, I want to take up an important consideration raised by Inside Higher Ed blogger Matt Reed. A humanities professor who became a community college dean, Reed contends that changes in a popular type of graduate education do give humanities undergraduates reason to be concerned about finding a career after college: 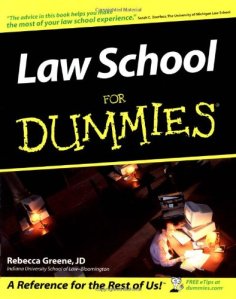 It’s a myth that humanities majors don’t care about post-graduation employment. What changed was the safety valve of subsequent law school enrollment.

Law school was long the default post-graduation plan for majors in qualitative fields.  As long as you had the prospect of a lucrative legal career after college, you could safely major in English or poli sci.  Those students didn’t ignore the vocational imperative; they just postponed it. And for a long time, that worked pretty well.

But the Great Recession, combined with AI and offshoring, did a number on law as a career option.  Law school debts kept going up, but the employment picture for new lawyers got abruptly worse. Applications to law school dropped precipitously.

As interest in law school dropped, we shouldn’t be surprised that many of the pre-law feeders dropped, too.

He focuses on political science, the #1 feeder major for law school. (The idea of a pre-law major by itself seems to be uncommon.) But even if we number that discipline among the social sciences, the humanities feature prominently on the list of college majors for lawyers, judges, and other legal professionals: (here I’m using research by historian Ben Schmidt, whose Atlantic post on the crisis in the humanities inspired Reed’s post and my two)

Some IHE commenters have disputed Reed’s numbers or their implications for the humanities. But what he says about the decline in law school enrollment at least matches the impression I get from my political science colleagues who advise our pre-law students. And anecdotally, I know plenty of history majors who used law school as either Reed’s “safety valve” or a springboard to other careers.

For the sake of argument, let’s grant that there’s been a significant decline in law as a fallback career for humanities majors. What can students do about that? Are there alternatives for undergraduates who still want to major in history and related disciplines?

Not surprisingly, I’m not going to take back my earlier arguments. Even if I limit myself to the economic case, I still think that studying something like history is the least risky preparation for the fast-changing economy of the 21st century. In that sense the real safety valve is that those students — however vague their career plans — should come out of college equipped to enter a wide array of jobs and to continue their education in various ways.

But I do think history majors should think carefully about preparing for careers other than law and aspiring to further education in institutions other than law schools. Reed is no doubt right that “trying to time the job market years in advance is a tricky business,” but a starting point is the Labor Department’s list of occupations that are projected to grow faster than average between 2016 and 2026.

Many of the occupations on this list don’t require a college degree: trades whose skills are taught by other means. On the other hand, several fast-growing professions do assume undergraduate study in a field other than — or in addition to — history; in particular, many of the best jobs in health care require biology, chemistry, physics, and math courses that the humanities students of my experience have generally tended to avoid, plus years of post-baccalaureate education. (Not to say that you can’t major in history and do pre-med; I’ve got two students doing that right now. It just takes careful planning.)

But there are also several occupations on that list that:

(Here I think it’s key to remember my argument that “There’s a reason so many history majors, for example, see a spike in their mid-career earnings: they’re well prepared to do the reading, research, and writing necessary to complete a J.D., M.B.A., or other advanced degree.” As one of our department’s most prominent alumni once told me: “History helped me learn how to learn.” He went to law school at the University of Iowa, but the principle applies to all sorts of graduate/professional training.)

There are past-related occupations on that list: archivists, curators, and museum technicians/conservators. (I’ll leave out “History Teachers, Postsecondary,” since it’s laughable that my profession could be counted one of the “Bright Outlook Occupations.”) They account for only about 4,000 projected jobs nationwide, but there are mildly optimistic prospects available for college students who want to keep working with history, are willing to volunteer or intern to build up experience and connections, and don’t mind the idea of spending a year or two adding a master’s degree in public history, museum studies, records management, etc.

Perhaps the next concentric circle would involve professions that are rooted in disciplines adjacent to history: e.g., cartographers (1,200 openings, but expected to grow by more than 15%), who often earn a post-baccalaureate certificate; distance learning coordinators (3,400 jobs and 10-14% growth), who typically have earned a master’s degree. Adding something like Bethel’s new Digital Humanities major — or at least some of its coursework in coding and design — would help open up professions like web developer (nearly 15,000 jobs), which rarely requires more than a bachelor’s degree.

Finally, there’s the business world. It’s tempting simply to conclude that the M.B.A. is the new J.D., and departments like ours try to tell the stories of such pathways. But I think the most promising, though slightly narrower, avenue is to consider a cluster of occupations that would require business experience (and perhaps a minor or second major) but play to the unique skill set of history, literature, and philosophy-trained students who can understand human behavior, conduct research, make meaning of data, and communicate concisely and persuasively: management analysts (84,000 new jobs), marketing research analysts (77,000), and operations research analysts (11,000) all pop up on the Labor Department’s Bright Outlook list.