This is one of those posts hasn’t really come together despite being on my mind for weeks. But it feels like it just needs to be shared in raw form — call it another example of “thinking in public” about God and the church. 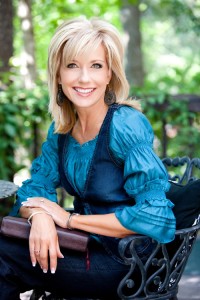 Last week at The Anxious Bench, I reflected on the significance of Beth Moore’s viral “Letter to My Brothers.” Complaining of the “skewed attitudes” women often encounter in evangelicalism, Moore pointed out that “the first recorded word out of [Jesus’] resurrected mouth was ‘woman’ (John 20:15) and that same woman was the first evangelist.” Moore’s insight led me to finish my post:

Mary Magdalene proceeded to bear witness to the hope of the resurrection — to men who proceeded to lock their doors in fear (John 20:18-19). Again and again throughout church history, women have been called upon to announce good news: often in the midst of sorrow and suffering, to be evangelists.

This time may men have ears to hear voices like Beth Moore’s. For in the end, that’s precisely what evangelicalism needs most: to be evangelized.

That is, many participants in a movement named for the Gospel need to hear afresh the Good News of Jesus’ life, death, and resurrection — lest they continue to seek redemption, meaning, and hope from sources other than Christ.

How’s that going to happen? I think we can find a model in Acts 8, when Philip meets and baptizes an Ethiopian official on the road to Gaza.

That story takes place during the terrifying early chapter in church history when Saul’s persecution is so violent that many of the first Christians scatter from Jerusalem. But what seems like a fearful act of self-preservation actually helps them fulfill Jesus’ parting instruction to go beyond that one city as his witnesses. Soon they busy themselves “proclaiming the word” in other cultural contexts. After an initial mission to Samaria, Philip is sent by the Holy Spirit to a wilderness road. He sees a chariot approaching, bearing a man who serves in the court of the queen of Ethiopia.

While this official “had come to Jerusalem to worship,” it’s uncertain that a eunuch would have been allowed to do so. (My study Bible contrasts the proscriptions of Lev 21:20 and Deut 23:1 with the promise of Isa 56:3-5.) In any event, this African believer is struggling to understand Isaiah 53 when Philip comes to his aid:

Then the Spirit said to Philip, “Go over to this chariot and join it.” So Philip ran up to it and heard him reading the prophet Isaiah. He asked, “Do you understand what you are reading?” He replied, “How can I, unless someone guides me?” And he invited Philip to get in and sit beside him. Now the passage of the scripture that he was reading was this:

“Like a sheep he was led to the slaughter,
and like a lamb silent before its shearer,
so he does not open his mouth.
In his humiliation justice was denied him.
Who can describe his generation?
For his life is taken away from the earth.”

The eunuch asked Philip, “About whom, may I ask you, does the prophet say this, about himself or about someone else?” Then Philip began to speak, and starting with this scripture, he proclaimed to him the good news about Jesus. As they were going along the road, they came to some water; and the eunuch said, “Look, here is water! What is to prevent me from being baptized?” He commanded the chariot to stop, and both of them, Philip and the eunuch, went down into the water, and Philip baptized him. (Acts 8:29-38, NRSV)

I’m sure that I’ve read this story dozens of times. And dozens of times I’ve instinctively identified myself with Philip: the faithful, fearless evangelist who responds to God’s prompting and brings truth to the benighted. Indeed, I do think evangelicals can learn from Philip’s response to the persecution of Saul. Rather than trying to fortify our position in the status quo, we can scatter into the unknown future, trusting in the guidance of the Holy Spirit to help us proclaim God’s word where it most needs to be heard.

But we first need to understand what we’re called to proclaim. We may even need to hear this word again ourselves. So what’s struck me most in re-reading this story as a white, male evangelical is that I’m actually much more like the Ethiopian eunuch than Philip.

I’m a person of relative privilege and power, accustomed to comfortable living and even more comfortable thinking — that I know the world and how it works. But I too find confusing the notion that “It was the will of the Lord to crush” (Isa 53:10) a servant who suffered pain and humiliation. I would prefer to trust in a Savior equipped with the kind of power to which the world tends to bow, yet “Out of his anguish he shall see light” and “make many righteous” (v 11).

With that official, I should cry out, “How can I understand God’s word, unless someone guides me?”

If they’re being perfectly honest with themselves, I think that’s exactly where many white men in evangelicalism actually find themselves today: unable in certain important ways to understand the good news of God’s word and desperately in need of guidance from those who aren’t as comfortable with the world (or the church) and how it usually works.

That’s why I think someone like Beth Moore is so important to the future of a religious movement that has often kept women silent and submissive. But also why I find myself reading more from African American Christians like Lisa Sharon Harper, Dominique Gilliard, Austin Channing, and Jemar Tisby.

Among other benefits, reading them helps me listen to different questions being asked of Scripture. I realized that more clearly the day of James Cone’s death, when a pastor I know on Facebook shared this famous passage from the father of black liberation theology:

I respect what happened at Nicea and Chalcedon and the theological input of the Church Fathers on Christology; but that source alone is inadequate for finding out the meaning of black folks’ Jesus. It is all right to say as did Athanasius that the Son is homoousia (one substance with the Father), especially if one has a taste for Greek philosophy and a feel for the importance of intellectual distinctions. And I do not want to minimize or detract from the significance of Athanasius’ assertion for faith one iota. But the homoousia question is not the black question. Blacks do not ask whether Jesus is one with the Father or divine and human, though the orthodox formulations are implied in their language. They ask whether Jesus is walking with them, whether they can call him up on the “telephone of prayer” and tell him all about their troubles. To be sure Athanasius’ assertion about the status of the Logos in the Godhead is important for the church’s continued christological investigations. But we must not forget that Athanasius’ question about the Son’s status in relation to the Father did not arise in the historical context of the slave codes and the slave drivers. And if he had been a black slave in America, I am sure he would have asked a different set of questions. He might have asked about the status of the Son in relation to slaveholders. Perhaps the same is true of Martin Luther and his concern about the ubiquitous presence of Jesus Christ at the Lord’s Table. While not diminishing the importance of Luther’s theological concern, I am sure that if he had been born a black slave his first question would not have been whether Jesus was at the Lord’s Table but whether he was really present at the slave’s cabin, whether the slave could expect Jesus to be with him as he tried to survive the cotton fields, the whip, and the pistol.

So while I don’t want to diminish the importance of the theological concerns that have typically preoccupied white male evangelicals, I’m eager to listen to sisters and brothers ask different questions that I might be tempted to ignore or minimize.

It helps me approach the Bible anew as — in the words that Mark and I used in The Pietist Option — “an altar where one meets the living God.”

It helps remind me of the Gospel in all its goodness, just not those bits of its news that seem most reassuring to me.