• I daydreamed about leading a summer tour of Pietism sites in Germany.

• I recommended a new blog on technology and theology, Digital Wisdom.

• When you write about Beth Moore and the importance of women to the future of evangelicalism, you apparently get thousands of readers.

• Maybe the people who weren’t happy with that post would like it better coming from Gracy Olmstead, as an appeal to centuries of Christian history.

• Speaking of… Chris Armstrong had a thoughtful post on the danger of evangelicals detaching the “heart religion” of my beloved Pietists from the rich tradition of the Church. 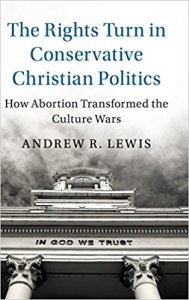 • If you think that conservative Protestants have always been staunchly anti-abortion, check out Justin Taylor’s interview with political scientist Andrew Lewis on the transformation of the Religious Right.

• What one post-fundamentalist Christian learned from fundamentalism. (H/T Jason Barnhart)

• Paul Ryan’s baffling attempt to fire the Catholic chaplain of the House of Representatives reminded one historian of the time that a leading Southern Baptist preacher opposed having legislative (and military) chaplains at all.

• I know I like the history of World War I a lot, but… Yes, even Mother’s Day has a WWI connection.

• For Teacher Appreciation Day… Dale Coulter on what has changed and remained the same about teaching through the centuries.

• Hmm… the Department of Education is going to reevaluate regulations on religious colleges.

• My favorite current TV series is The Americans, about a pair of Soviet spies living in the DC suburbs during the Reagan Era. I remember the show runners saying that they took every story line and imagined if they could film a mirror image of it: with American sleeper agents in Moscow. Turns out, that’s actually a thing, on Russian TV.

• One of my favorite writers is Michael Chabon, who has penned 14 books while raising 4 children — despite once being told that you can’t have children and be a great writer.