It’s been a couple months since I last put together one of these weekend wraps. So I’ll ease back into the swing of things with a relatively short set of links.

• What’s next for The Pietist Option, now that’s it’s been out for six months?

• Our Pietist Option devotional concluded with me reflecting on the Resurrection for Easter Monday.

• On the 50th anniversary of the assassination of Martin Luther King, Jr., my (very small) contribution to the commemorative activities was to consider how King viewed the legacy of his historical namesake.

• According to newly released documents, one of the country’s most popular African American radio preachers and televangelists assisted the FBI in its campaign to discredit MLK.

• Shane Claiborne, William Barber, and other progressives brought their “Red Letter Revival” to Lynchburg, Virginia — home to Liberty University and its Trump-backing president, Jerry Falwell, Jr…. who reportedly discouraged the student newspaper from reporting on the event.

• “If she decides to move openly to support women preachers and teachers,” wrote Beth Barr of Beth Moore, “she could reshape American Christianity.” 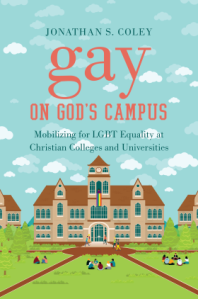 • Sociologist and author Jonathan Coley thinks both that LGBT students will be more likely to attend Christian colleges in the future and that the more conservative of those institutions will be unable to sustain their policies on sexuality.

• If you (or your child) is trying to decide which college to attend, I had four pieces of advice.

• Historians like me make a lot of bold claims about the benefits of our discipline. Do we back them up with evidence?

• Five of our department’s recent alumni now teaching in middle and high schools didn’t doubt the benefit of adding a history major to their training.