I’ve never had a blog post as widely read as my response to the Nashville Statement. Which just makes me wish that I’d said a couple things more clearly than I did. So as a last word on a document that already seems to be fading from the headlines, let me offer two postscripts:

I dislike the statement, not its signers.

The main reason I hesitated to write or publish the post is that my dislike of the statement might easily be confused for dislike of the signers. Fact is, I know very few people on that list, at least beyond the public personas that more and more of us put out there in the blogosphere and on social media. For example, I took issue with several things that Denny Burk wrote and said… but I don’t know him. I assume about him what I hope he would assume about me: that he’s a devoted Christian, husband, father, neighbor, church member, citizen, teacher, and scholar. We surely disagree on many important issues and how to communicate our positions on them, but he seems to embody the verse preached on Friday morning in Bethel’s chapel: “Never be lacking in zeal, but keep your spiritual fervor, serving the Lord” (Rom 12:11, NIV). 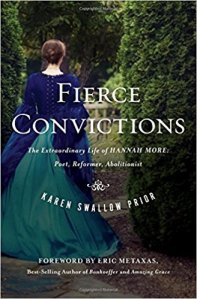 There’s much that I admire about the few people on the list with whom I’ve had at least passing connections. Since I joined The Anxious Bench last summer, Bart Gingerich has only been a pleasure to work with as a Patheos editor. (Here’s his explanation for signing the statement.) Karen Swallow Prior is a thoughtful, engaging scholar; a couple years back I encouraged a Senior Seminar student who was interested in Hannah More to reach out to Prior, who wrote a well-received biography of that English abolitionist and novelist. John Piper’s preaching and teaching has inspired several of my best students to love God and to hone their minds, and I’ll never forget how one of Piper’s staunchest critics on the Bethel faculty told me of Piper’s deep (even “pietistic“) commitment to his church, his family, and his God.

Then there’s Russell Moore. We do disagree on plenty of theology. Start with the fact that he’s a Calvinist and Baptist, and I’m neither. But I admire his approach to being a Christian public intellectual, especially as it’s led him to take stances in favor of racial justice and religious liberty for all people. (Stances that are far riskier in his context than most of what I say in mine.) Indeed, I quote him two or three times in our forthcoming Pietist Option book — not that I expect him to read the book and realize that he’s actually a Pietist.

Even as the debate over the Nashville Statement raged on, Moore helped galvanize evangelical opinion behind the immigrant children who have benefitted from the Deferred Action for Childhood Arrivals (DACA) program, “Dreamers” who have been threatened with possible deportation by Pres. Trump. It’s not the first time he has so publicly taken on a chief executive who won the lion’s share of the white evangelical vote and still commands significant support from those Christians.

And that gets me to a second clarification…

The Nashville Statement reflects “theology for the Age of Trump,” but not everyone who signed it supports Trump.

It’s clear that the title of the post (“The Nashville Statement: Theology for the Age of Trump”) has been a stumbling block for some. Lamentably but understandably, they don’t necessarily want to read two thousand words’ worth of my musings. Incorrectly but understandably, they read the title and nothing else, assuming that I’ll simply dismiss the signers as Trump apologists, or John Fea’s “court evangelicals.”

I did try to head this off in the post. While noting that one prominent signer is Trump supporter James Dobson, I added that the list also includes Trump critics like Moore and Piper. (In retrospect, I should have added Burk to that list.). But if I wanted to bring more light than heat to the discussion, I should have stated that point even more forcefully before trying to place the Nashville Statement in the context of an “Age of Trump.”

So let me try to sum it up this way:

The Nashville Statement is meant to stand up against “the spirit of our age” on matters of sexuality and gender. But the way it is written actually evokes the angry, merciless, divisive discourse of our age — whose problems don’t start or stop with Donald Trump, but certainly are exemplified by him.

Bart thinks that some of us critics of the statement raised “mincing and squeamish complaints” about it. Recognizing that I am naturally averse to confrontation and conflict and perhaps too quick to cry “Peace, peace,” I nonetheless stand by my conviction that Christians should always write as winsomely and irenically as possible. Even when it’s absolutely essential to draw a doctrinal “line in the sand,” it should be with the intention of persuading people to join us on our side of that boundary, not of keeping them separated.

So no, the signers are not all Trump backers. (I don’t think most have made their politics clear, either way.) But in their attempt to present an evangelical witness in the year of our Lord 2017, I think it would have behooved the authors of the Nashville Statement — like any of us writing for a public that is inevitably bigger than the intended audience — to have gone out of their way to communicate in as un-Trump-like a manner as possible.