On Tuesday the Council for Biblical Manhood and Womanhood (CBMW) released the so-called Nashville Statement, “in the hope of serving Christ’s church and witnessing publicly to the good purposes of God for human sexuality revealed in Christian Scripture.” There were enough instantaneous hot takes as it was, so I thought I’d let the dust settle a couple days and ponder a bit before sharing my own response.

And before I even try to articulate those thoughts, let me say that this document has made me more sympathetic than I thought I’d be to the argument that little is ever gained from joint public statements by groups of self-important Christian intellectuals like me. (And maybe, you’ll soon conclude, from public responses like this one!) I’ve signed two of those documents this year, one more eagerly than the other, and I’m starting to wonder if the good they’ve accomplished matches the goodness of their intentions.

Ultimately, I do think it’s possible that this genre of Christian writing can bear helpful witness to the church and the world… if the statement is well-timed… if it carries clear spiritual authority uncompromised by partisan political entanglements… if it’s both winsome and prophetic… if it helps readers rejoice with those who rejoice and weep with those who weep… if it transcends existing divisions in the Body of Christ…

None of that describes the Nashville Statement. At worst, I fear it will only impair the witness of a more deeply divided church — especially in the eyes of LGBTQ people who have received far too little love for far too long from those who claim to be the Body of Christ.

At best, it may one day be dusted off by religious historians to be interpreted as an artifact of what John Fea has called the “Age of Trump.”

Judging by my Twitter feed, the preamble and fourteen affirm/deny articles of the Nashville Statement were equally successful at delighting certain Christian conservatives and outraging certain Christian progressives. There’s no point writing for those on the poles of this particular spectrum. They knew what they thought of this statement after a minute’s read. And I’m afraid that what I’m about to write will not go as far as friends on either end would like.

But I still suspect, as I wrote two years ago,

that there’s a huge population of Christians lying somewhere between those two poles: people who want very badly to be both loving and faithful, who believe that sola Scriptura neither means rejecting tradition out of hand nor refusing to look anew at old texts, who want to live “in the world, but not of it” and yet agree with [evangelical pastor and author] Caleb Kaltenbach… that “Not everything has to be a culture war.”

So for those of you in that middle… Even if you admire at least some of its signers and affirm at least part of what it says on sexuality and gender identity, here’s why I think you should be bothered by the Nashville Statement:

While it claims to hold out a steadfast Christian witness against “[t]he secular spirit of our age,” it mostly succeeds in exemplifying theology for the Age of Trump.

I don’t just mean that releasing such a statement in the middle of an unprecedented national disaster — and in place of a much more urgently needed evangelical statement on white supremacy — exhibits what journalist Jonathan Merritt called “Trump-level tone-deafness.”

Nor that the authors have chosen to condemn “transgenderism” just days after Pres. Trump began to implement a ban on transgender persons serving in the military, only feeding the perception that whatever daylight separates Trumpism and evangelicalism is vanishing. (After all, that ban was reportedly discussed with Trump’s much-maligned evangelical advisers before he first tweeted his intentions last month.)

The Nashville Statement strikes me as theology for the Age of Trump because it’s being thrust into social media for little purpose other than to energize allies and troll enemies — distracting our attention from more pressing problems in order to demonize minorities whose existence causes anxiety among the many in the majority.

It’s not truth written in love of people who share innate human desires for love, self-worth, and identity, bearers of God’s image who know their own shortcomings far more acutely than what others presume to judge in them from afar.

It’s red meat tossed to the hungry members of a passionate, but small base. (Indeed, passionate because it’s small – and shrinking.) Part 2 of CBMW head Denny Burk’s follow-up blog post makes it sound like the Nashville Statement could conceivably stand in line with the historic creeds of the church universal. But this document is as un-catholic as you can get, speaking for a mostly-male, mostly-white slice of mostly-Reformed evangelical Protestantism in one country. Even then one of the co-founders of The Gospel Coalition didn’t even sign it. As far as I can tell, the only evangelical college presidents to endorse it represent schools that have quit the CCCU or never belonged to it. [CORRECTION: John Fea points out that the president of Colorado Christian added his signature. I’d forgotten CCU stayed in the CCCU after the 2015 sexuality debate…] For no good reason, the document includes an article (#7) that excludes celibate gay Christians who might otherwise have been supportive. And there seems to be no representation of the African, Asian, and Latin American churches where theologically conservative Protestantism is actually growing fastest — nor of the Roman Catholic church, which only represents the majority of all Christians on the planet.

Moreover, the document is not merely unpersuasive — the authors aren’t even trying to change anyone’s mind. Otherwise, they would surely have started where Jesus would have us start: confessing logs before judging specks. As Matthew Lee Anderson (no progressive on issues of sexuality) pointed out, in explaining his decision not to sign:

…this statement fails to meet a minimal, biblical standard for expressing judgment. Jesus’s demand that those who seek to correct others examine the planks in their own eye is framed in an interpersonal context, to be sure. But the same principle is given ecclesiastical form when Peter suggests that “judgment begins at the house of God.” The latter verse is interesting because Peter frames such introspective judgment as a response to suffering. This statement, though, meets the possibility of ‘martyrdom’ that the “spirit of our age” presents with silence about our churches’ failures. Such silence is no more sanctified than the silence that evangelical pastors retreat to when asked about gay marriage. It is a silence that would be the equivalent of failing to acknowledge the many and diverse ways a church allowed or affirmed racism in a statement denouncing the KKK.

But then theology for the Age of Trump would naturally offer judgment without repentance.

Contrast the Nashville Statement’s resounding silence with what my own denomination’s president, Gary Walter, wrote in 2015, in reaffirming a traditional stance on sexual ethics:

We recognize the very real sense of pain and marginalization that can occur in our society around LGBTQ matters. I don’t doubt, whether intended or not, there are times Covenant churches, as others, may not have always been a safe place to ask questions and seek counsel. For this I grieve. As the church, our sentiment is not to fight a culture war but to love people. We believe it is possible to hold to our biblical view while acknowledging the humanity of all individuals, ministering to needs with pastoral sensitivity and graciousness.

Even if you disagree with the Covenant’s position on human sexuality, even if you think Gary didn’t go far enough in confessing and repenting of our failure to love our LGBTQ neighbors, hopefully you’ll at least hear notes of humility, love, and grace and want to continue the conversation with your sisters and brothers in Christ.

But then the Nashville Statement doesn’t allow for the possibility of Christians disagreeing on such issues. I’m sure anyone paying any attention already knew what these authors and signers thought about sexuality and gender identity. If that’s all it addressed, I’d just try to ignore the statement. But then there’s Article 10…

We affirm that it is sinful to approve of homosexual immorality or transgenderism and that such approval constitutes an essential departure from Christian faithfulness and witness.

We deny that the approval of homosexual immorality or transgenderism is a matter of moral indifference about which otherwise faithful Christians should agree to disagree. 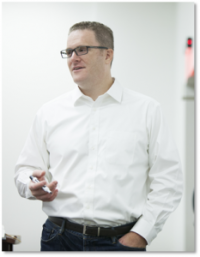 Wait, so… Is salvation at stake for queer Christians and their supporters? Is there to be any continuing communion or collaboration with those who have departed “from Christian faithfulness”? And are those of us who do think it’s possible to agree to disagree also making such a “departure”?

The statement itself seems oddly vague here on the implications of such an “essential departure from Christian faithfulness and witness.” But Burk tried to clarify matters in the blog post:

Readers who perceive Article 10 as a line in the sand have rightly perceived what this declaration is about. Anyone who persistently rejects God’s revelation about sexual holiness and virtue is rejecting Christianity altogether, even if they claim otherwise.

Admittedly, few people like to draw rhetorical lines in the sand as much as this particular Baptist leader. But the line of Article 10 runs straight through every Christian communion, denomination, and congregation in the world.

While we’re at it… Are we meant to think that a line being defined by this particular organization pertains to the articles on sexuality and gender identity, but not those on gender roles? In discussing the statement last week at the national conference of the Southern Baptist Convention’s Ethics & Religious Liberty Commission, Burk insisted that “We are not spinning our wheels about adiaphora or some issue of moral indifference. We are declaring what it means to be a male or female image-bearer. We are defining the nature of the marriage covenant and of the sexual holiness and virtue. To get these questions wrong is to walk away from Jesus not to him. There is no more central concern than that.”

What are “these questions” on which we risk walking away from Jesus? Questions about “sexual holiness and virtue,” or questions about that plus “what it means to be a male or female image-bearer”?

The CBMW might be rebranding itself as a “coalition for biblical sexuality” and refocusing on the language of gender identity rather than gender roles, but the Nashville Statement continues to affirm “divinely ordained differences between male and female” in multiple articles. (If you’re not sure what that means: read that group’s earlier place-named statement.) And if they weren’t “spinning [their] wheels about adiaphora” and instead declaring “what it means to be a male or female image-bearer,” then can we still believe that the signers believe egalitarianism to be a matter of moral indifference about which otherwise faithful Christians can agree to disagree? Is the male headship of families and the exclusion of women from pulpits any less essential for them?

I don’t know that I really want the authors and signers to draw their line even more clearly. For I do know this: anything that needlessly inflames divisions in the Body of Christ is an essential departure from Christian witness.

But then confusing divisiveness for integrity also seems like a hallmark of theology for the Age of Trump.

7 thoughts on “The Nashville Statement: Theology for the Age of Trump”