This isn’t exactly how I imagined my week going, but I’m honored to be quoted at some length in this morning’s Inside Higher Ed article on the Confessing Faculty statement. Here’s a taste of Colleen Flaherty’s article, including some of what I said: 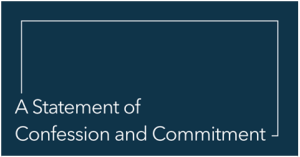 Academics largely lean to the political left. It’s unsurprising, then, that so many have spoken out against threats facing undocumented and otherwise vulnerable students in recent months. But a new letter circulating in support of marginalized students is unusual in that it’s from a subset of academics not always visible in debates about academe: professors at faith-based institutions….

“My first reaction was that the statement was just stating basic Christian beliefs,” [Gehrz] said — namely that all humans are created in the image of God, called to be good stewards of creation, valuing truth and humility, and grieving with the suffering. Because of those convictions, he said, cautioning that letter signers represent the political spectrum, “I’m deeply troubled by the current state of American politics, starting with the rhetoric, behavior and policies of our president.”

While Christians and especially evangelicals are increasingly associated with the “politics of anger, fear and injustice,” he said, “someone needs to scream out that to be Christian is not to hate Muslims or to demonize immigrants.” To be Christian is not to ignore the problems of racialization or climate change, he added, nor to put “America first” or pledge “total allegiance” to any nation or its leader.

If you want to read more from me on this subject, I first wrote about Confessing Faculty last week — then added some more thoughts yesterday at The Anxious Bench, on what the statement reveals about the importance of justice to Christian higher education and our colleges’ relationship to the Church. 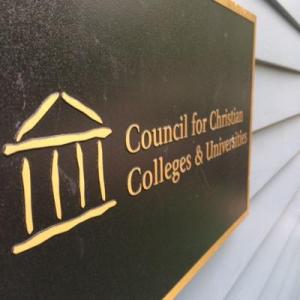 But read the Inside Higher Ed article to hear from other signers, including art historian Lisa DeBoer of Westmont College (one of the sources for this statement). And I’m grateful that not only has the Council for Christian Colleges & Universities (CCCU) posted the statement at their Facebook page, but CCCU president Shirley Hoogstra told Flaherty that “followers of Jesus believe that using one’s voice for those with less voice is a duty that comes with privilege,” with the Confessing Faculty statement reflecting “the engagement in the public square by those whose job it is to think, write and teach about issues of Christian faith that undergird healing, reconciliation and justice…”