If you couldn’t attend my lecture last week in Chicago, it’s now streaming online via North Park University. Entitled “The Pietist Option for (Current and Former) Evangelicals,” the talk suggested how Pietism might renew evangelicalism — by way of “a Pietist gloss” on the familiar evangelical themes of biblicism, crucicentrism, conversionism, and activism.

Click here to watch the video. (Sorry: WordPress won’t let me embed it directly.) If you want to skip around or jump ahead, here’s an index of each section of the talk past the introductory remarks, with a sample quotation or two:

“Like [Evangelical Covenant president T.W.] Anderson [speaking at Bethel College and Seminary in February 1957] I believe that ‘We are impoverishing ourselves if we try to extinguish the sacred beacon lights down the highways and byways of history. We are not the slaves of the past, but we are its heirs. Among the living springs of inspiration and guidance for us is the Pietistic Movement.'”

Autobiography: Life and Faith at the Intersection of Pietism and Evangelicalism (9:15)

“Meanwhile, I was learning what it meant to be a Christian college professor from Baptists. Baptists who had zero interest in fighting a ‘culture war’ and instead extolled the virtues of something they called ‘the irenic spirit.'”

“…as a Covenant intellectual, I feel like I’ve inherited Karl Olsson’s uneasy relationship with post-World War II ‘neo-evangelicalism.’ But I also share his affinity for the evangelicalism that was around long before Billy Graham and Jerry Falwell, Sr. and, God willing, will still be here long after Franklin Graham and Jerry, Jr.”

“…the ‘missional Pietists’ of the Covenant Church are biblicist; we are not bibliolatrous…. For Covenanters, like other Pietists, ‘Where is it written?’ is only a meaningful question in light of another: ‘How goes your walk with Jesus?'”

“It’s an error of emphasis, not omission. But making too much of crucifixion and too little of resurrection may have important consequences for our life and witness.”

Conversionism: Our Commitment “to the Call to Turn and Live” (37:20)

“If we are to be conversionist, let it be because we are ourselves being converted as much because we are converting others. In a season when we are again being tempted to believe that there are ‘areas of our life in which we would not belong to Jesus Christ but to other lords, areas in which we would not need justification and sanctification through him,’ let us instead embrace the death of our power and find new life in our resurrected Lord.” 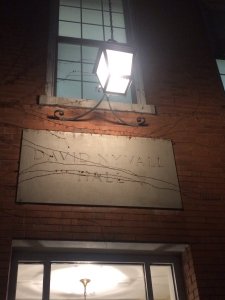 “Seeing the world through the eyes of this Christ, the suffering servant who stooped to wash his disciples’ feet, requires Pietists [in the words of Dale Brown] ‘neither to try to get on the top in order to make things come out the way we think or refuse to become involved at all,’ but to love the same world to which we refuse to conform.”

“When we recognize each other in this way — when we see the Body of Christ with the eyes of Christ — we suddenly remember that we bear the image of our triune God most fully when we are together, to the extent that we have ‘the same love’ and are ‘in full accord and of one mind.’ Conversely, we feel the distortion of this image most keenly when such love, accord, and unity are lost.”