I didn’t say it out loud, fortunately. But that’s what I asked myself a few years ago when I saw the list of upcoming small group Bible studies at my church.

Beth Moore, of course, is the best-selling author of Bible studies and other books, not one of which I’ve read.

Ditto the works of Ann Voskamp, #2 on a newly-updated list of Top 100 Christian Blogs. (Nope, I missed the cut again this year.)

I did quote Jen Hatmaker in our forthcoming book, even before her recent statements about same-sex marriage caused LifeWay Books to drop her titles from their shelves. But only because something she wrote for the Washington Post came up when I was researching a chapter on church culture.

So when I saw Anne Helen Peterson’s Buzzfeed profile today of these and other examples of “The New Evangelical Woman,” I had to take minor issue with the opening paragraph:

There’s a type of Christian woman you might not know about, particularly if you’re not a part of, or adjacent to, evangelical Christianity — an umbrella designation for those who believe in accepting Jesus into one’s heart (becoming “born again”) and spreading the word of God.

I am a part of evangelical Christianity — indeed, I like to think I’m a somewhat knowledgeable participant-observer in/of it — and yet I don’t know much about women who are arguably far more influential than most of the usual (male) suspects to whom media outlets head whenever they need an evangelical quote for a story.

(Consider that among famous Christian Moores on Twitter, Beth has approximately seven times as many followers as Russell.)

I admitted as much last month at the Conference on Faith and History, when I was live-tweeting Kate Bowler’s fantastic talk on Voskamp, Moore, Hatmaker, and other “women in megaministry.”

One thing for me to confess: I write about "evangelicalism" knowing little of these women, whose ministry reaches millions. #cfh2016

This gaping hole in my knowledge has become all the more apparent in the weeks since the Access Hollywood tapes came to light, when hugely popular, typically apolitical evangelical women received new attention as they took to task the Republican nominee — and, explicitly or implicitly, the male evangelical leaders who had written off his comments as mere “locker room talk.”

That’s what made women like Moore and Hatmaker so interesting to Peterson: “Several of the most visible and influential of these New Christian Women… have openly criticized Trump…. And they’ve watched, in dismay, as male leaders have continued to endorse him.” At the same time, Peterson found that most of them remained leery of Hillary Clinton, ostensibly because of the Democratic Party’s stance on abortion.

We’ll see if this dynamic has longer-term implications on the other side of tomorrow’s vote. This fall I’ve suggested that evangelical leadership ought to better reflect the demographics of a movement whose members are 55% women. But to a certain extent, that change in leadership is already happening — until now, mostly beyond the notice of evangelical men like me. 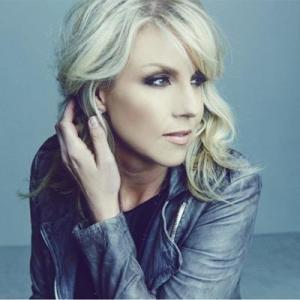 According to Peterson, Nichole Nordeman, a Christian contemporary singer and a speaker on the recent Belong tour along with Hatmaker, “believes that Evangelicalism is at a turning point. And wherever the new path leads, it will be forged by women like her and her fellow Belong speakers — even if it takes their followers some time to figure out their own way there” (emphasis mine). Likewise, Christianity Today editor-at-large Katelyn Beaty recently told religion journalist Emily McFarlan Miller that the Trump comments constituted a “tipping point,” especially among women who themselves had been victims of sexual harassment and assault. Miller continued:

And while “men who have a very clear institutional position of leadership” are viewed as spokespeople for evangelicalism, Beaty said, evangelicals themselves are more likely to look to writers and speakers, both men and women, as leaders.

That may be true. But I’m also struck by something that Bowler pointed out in her talk: that these women exercise enormous influence, but almost always refer to themselves as “speakers,” not “preachers.” (Something like 90% of pastors in evangelical churches are men.) And their wariness concerning the first woman to be a major-party nominee for the presidency reminds me again of a recent study finding that evangelicals — men and women — “are nearly twice as likely (as other voters) to believe that men make better political leaders than women.”

Even those of us evangelicals who are committed egalitarians, convinced by Scripture and experience that God gifts and calls women and men equally for leadership roles in and out of the church, have much work to do. For example, this year is the 40th anniversary of my denomination first ordaining women, but the note struck by The Covenant Companion‘s feature story on the occasion was bittersweet. Even after four decades, too few women in our denomination receive calls as lead or solo pastor; too many are confined to associate or children/family roles, or forced to seek out positions in other denominations, such as the United Methodist Church.

For that matter, one of the first two women ordained by the Covenant, Carol Shimmin Nordstrom, was also the first woman to receive an M.Div. from the university where I work. Bethel’s sponsoring denomination, Converge Worldwide, ordains women, but in the Minnesota-Iowa conference’s list of over 250 churches, only four women are named as pastors: three as co-pastors — two of those with their husbands — and one interim pastor.

So while I’m intrigued to learn more about women who are using their gifts as speakers and writers to shape the future direction of evangelicalism, I’m not sure we can call 2016 a “turning point” until we see more leadership positions opened to gifted, visionary evangelical women.

2 thoughts on “Women as Evangelical Leaders (But Not Pastors)”