• It’s been twenty years this fall since I started working on my doctorate at one of the universities that David Barton thinks is brainwashing Christian historians. He’s wrong, but it was worth thinking about how grad school does form its students.

• I shared three alternatives for evangelicals looking to rethink how they engage with the political system.

• Meanwhile, if you’re looking for some expert insight into this year’s election, check out a new podcast from some of my colleagues back at Bethel University.

• And I started a new series at The Anxious Bench on influential Christian writings that didn’t take the form of books — starting with a few of my favorite hymns.

• As if it’s not hard enough for me to keep a foot in evangelicalism these days… Scot McKnight shared how complementarians are not only making changes at the Evangelical Theological Society, but shaping revisions to the now-“permanent” English Standard Version (ESV) of the Bible.

• Alan Jacobs shares Scot’s concerns, but I can appreciate that he does admire the ESV for retaining “much of the linguistic and poetic excellence that the RSV had inherited from the KJV. For someone who has devoted much of his life to teaching and writing about poetry, this can’t not be a consideration.”

• My favorite Anxious Bench post this week was John Turner’s reminiscence about attending a church where “Jesus and I were the only white people in the room.” (He meant Warner Sallman’s famous painting of the “Head of Christ,” about which I’ll have more to say at Anxious Bench in two weeks.)

• Two omnipresent features of American churches that might be easy to underappreciate: “niceness” and coffee.

• Always glad when Jay Case gets a chance to share a blog post — in this case, one reminding Americans that the “idea that you should turn to the military to ‘solve’ a political crisis is not absurd to many people around the world.” 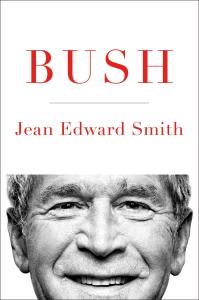 • HNN had an enlightening interview with presidential biographer Jean Edwards Smith, who emphasized the role of religion in shaping the decision of George W. Bush: “He believed that he and God were very close and that he was God’s agent here on earth just to fight evil.”

• Whether or not it was politic… was Hillary Clinton right to claim that half of Donald Trump’s supporters belong in a “basket of deplorables“?

• I think Norm Ornstein is right that the media have made too little of Clinton’s policy proposals and too much of other supposed controversies. But here’s why, for historians and archivists, her use of a private email server while secretary of state evinces a “colossal failure to understand the monumental responsibility she took on with her choice; namely, the direct duty to archive public records.”

• In any event, it’s becoming clear that the race has tightened considerably in recent weeks.

• If you were intrigued by my mention of Public Faith in the “three alternatives” post, read the trenchant analysis of that group by Ezekiel Kweku of MTV News: “What looks like an easing of tensions to Public Faith may look like war by another name to many of the people whom they seek to build bridges with.”