• This Saturday links wrap is quite a bit later in the day than usual because this morning I decided to join every other writer with a platform and muse about Prince.

• There’s no charge to read this blog, but occasionally I’ll invite you to support a worthy cause like Minnehaha Academy.

• On Tuesday we celebrated the 30th birthday of a Western Civ course. No, really: and you might even benefit from watching the video.

• In what might have been our best Pietist Schoolman Podcast yet, Mark and Sam and I talked about how Pietism inspires an irenic, or peaceable, spirit and what it takes to seek Christian unity.

• My two favorite pieces this week came from Nathan Gilmour, starting with a reflection on “the gift of the academic tradition” and then continuing with one on “learning for the sake of [your] neighbor.”

• I try to feature a lot of different authors in these links wraps, but I got to the end of the week and realized that I’d bookmarked three separate essays by Ed Stetzer: on the dangers of tradition, the necessity of vision, and living as exiles and missionaries.

• If you hear “Calvinist” and think John Piper or Al Mohler, meet Carol Howard Merritt, for whom “Calvinism is not about purity of belief. It is about the messy, Spirit-filled struggles and discernment of people who are Reformed and still reforming.”

• Speaking of “Spirit-filled”… Had you heard of the “West Coast Rumble,” a wave of Pentecostal revivals in California and Washington? It was news to this Midwesterner…

• Just the other day I turned the channel rather than watch an ad for Joel Osteen’s Sunday morning broadcast, but it turns out that the history of the church he took over from his father is quite fascinating, especially with regard to the complicated role of race and class.

• “This feels ominous,” said a colleague who knows his 20th century German Christianity, when I shared the news that the Garrison Church in Potsdam is being rebuilt. 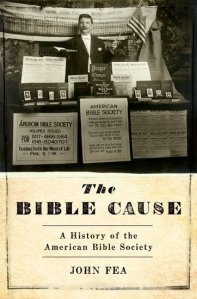 • Paul Harvey’s review of John Fea’s new book (on the American Bible Society) is full of insights into the challenges of writing institutional history.

• This weekend marks 400 years since the death of William Shakespeare.

• I hope, rather than believe, that this will be true: “…the nod of the Pulitzer committee [for Hamilton] will whet the public appetite for more history plays, and movies.”

• Learn more about the new face of the $20 bill from one of Harriet Tubman’s (relatively rare) biographers.

• Oh, and it’s not the first time in the nation’s history that African Americans have appeared on currency: early Confederate banknotes featured slaves prominently.

• Georgetown is far from the only university to have profited from the slave trade.

• John Wilsey is a voice from the right that the right ought to listen to, as when he explains why he both honors his Confederate heritage and affirms that black lives matter.

• And Conor Friedersdorf continues to be a voice from the right that the left ought to listen to: “Insofar as progressives succeed in remaking campuses into places unusually sensitive to psychological harms, where transgressing against ‘safe spaces’ is both easy to do and verboten, confrontational activism will no longer be viable.”

• In fact, a good college classroom is both a safe and uncomfortable place.

• An electrical engineer who teaches a classics course and boosts the humanities? I think the University of Southern California might employ my new favorite university president.

• Yes: “I think of teaching the same way I think of writing a novel. There’s lots of things we ‘know’ about writing a good novel. We can observe previously written novels and note commonalities, even develop theories of what makes a ‘good’ novel ‘good,’ and indeed, I both teach and attempt to practice these things. But then I will read a book that defies everything I’ve thought about ‘good’ novels and I am reminded that there will never be a formula.”

• Finally, a Platonic vision of education from a Catholic philosopher: “Whether in a school-room or the dining-room, youth must be the object of an intentional project of gaze-turning. Their gaze, and ours, needs to be turned-onto the truth: especially, the truths that really matter, in the seeing of which we discover the meaning of life. Such turning is most of all upward.”