Aside from sharing a new, hopeful episode of The Pietist Schoolman Podcast, this week I left blogging to others:

• One reason this blog was on hiatus was that I was trying to write a eulogy for G.W. Carlson. I’ll be delivering it this Sunday afternoon, at a kind of service that Carl Truman really wishes we wouldn’t call a “celebration of life.”

• The Southern Baptist Convention’s International Mission Board lost even more missionaries to fiscal problems than expected.

• An Anabaptist wondered why violence was so pervasive in video games.

• The debate over sexuality in Christian higher education may have seemed a bit hushed of late, what with all the attention being focused on the #DocHawk controversy at Wheaton College. But when it bubbled up this week, Wheaton was again in the spotlight.

• How do you become the “Protestant Notre Dame“? Hire one of the world’s leading Catholic philosophers.

• When Donald Trump wasn’t busy spreading apocryphal stories about how the U.S. military used to deal with Muslims, he was prompting a rare political statement from pastor-author Max Lucado.

The word "evangelical" no longer has any meaning. Just call me a gospel Christian.

• Trump’s antics led Biola University president Barry Corey to examine how he and other conservative Christians have contributed to incivility: “I am part of an evangelical culture that has too often opted for boycotts over reconciliation and culture wars over common-good collaborations. We’re often more interested in building revengeful walls than relational bridges. When we could be on the streets serving neighbors, we are on social media rattling sabers. We have used our hands less to serve than to shake our fists. We’ve used our voices far more than we’ve used our ears.” 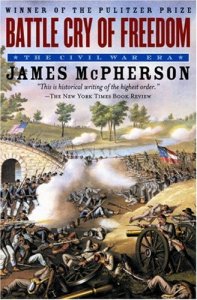 • John Piper was inspired to find himself roughly the same age as the Republican frontrunner and the two leading Democrats: “… if Hillary and Bernie and Donald want to bear the weight of the world for the next four to eight years out of man-centered, philanthropic motives, I find my seventy-something zeal for Jesus heating up. They only get to be president of a tiny territory called the U.S.A. I get to be an ambassador of the Sovereign of the universe. They only get to change the way some people live for a few decades. I get to change the way some people live forever — with a lot of good spill-over for this world in the process.”

• Meanwhile, James McPherson (age 79) inspired me with his Chronicle of Higher Ed interview about how historians can and should write.

• To that end… Should I continue to assign essays to my students?