First, if you haven’t yet had a chance to vote for The Pietist Vision of Christian Higher Education in the InterVarsity Press Readers’ Choice Awards, you can still cast your ballot today and tomorrow. Okay, back to the week that was… 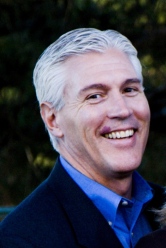 • I responded to Oklahoma Wesleyan president Everett Piper’s widely circulated post on why the university is not “day care.”

(Perhaps not surprisingly, this post sparked a fair amount of conversation in the comments section. Some responses were quite positive — though none so much as John Fea’s incredibly generous post on this subject — but I want to take seriously the critiques as well. Did I read too much into Piper’s original post? Was I too harsh in my criticism? Please consider adding your thoughts back at the “This Is Not Leadership” post.)

• What does it mean when people offer their “thoughts and prayers” in support of victims of tragedies like the recent mass murder in San Bernardino?

• And if you’ve got a history buff on your gift list and are looking for ideas, I curated some Best of 2015 books lists for you.

• Like my boss, Everett Piper came up through student development. But 20% of American college and university presidents now come from non-academic backgrounds, mostly business and law.

• Piper alluded to (and, in my view, dismissed too easily) the anti-racism protests at college campuses around the country. FiveThirtyEight analyzed student demands from fifty-one such protests and found that they varied greatly. Only two demands showed up at a majority of institutions: greater diversity of faculty and diversity training.

(For a much more thoughtful response to student activism — among other issues in higher ed — see Alan Jacobs’ recent American Conservative post on compassion and the humanities: “If you cannot see your fellow students, or colleagues, as engaged in a common and intrinsically human search for knowledge — maybe even wisdom — then you will have no incentive to cross the boundaries of race, gender, or culture…. If our young people are going to see that there are less confrontational alternatives, something other than zero-sum games, they’ll need instruction in the humanities. Some of us are prepared to give it.”)

• Then one more college president in the news: Liberty University president Jerry Falwell, Jr. (a lawyer, by training) speaking rather carelessly about conceal carry permits and Muslims… (H/T John Hawthorne)

• David Gushee’s challenge for Advent seems relevant here: are you becoming “the best version of yourself“? (Is your community or your nation doing likewise?)

• If Harvard president Drew Gilpin Faust is correct that “Many Americans in 2015 seem to be undertaking an unprecedentedly clear-eyed look at the nation’s past, at the legacy of slavery and race that has made us anything but a colorblind society,” then surely she’s also right that “There could be no more fitting tribute” to her fellow historian John Hope Franklin, who would have turned 100 this year.

• Curriculum reviews don’t often draw national press, but Notre Dame’s did when it was suggested that the committee might recommend doing away with its theology and philosophy requirements. (That was part of an earlier post on “Notre Dame and the idea of a Catholic university.”) Here’s what the curriculum committee finally recommended. (H/T First Things)

• At our university — and no doubt at many others — how to help students become better writers seems like a perennial challenge. John Warner suggested that a big part of that problem may be the way writing is being taught at earlier educational levels.

• One of the histories cracking multiple Best Of 2015 lists is Mary Beard’s SPQR. NPR offered a preview of her attempt to debunk myths about ancient Rome, from “Et tu, Brute?” to gladiators.

• 150 years of American history via a unique primary source: children’s letters to (and from) Santa Claus.

• My Conference on Faith and History colleague Barry Hankins offered a Christian perspective on the Woodrow Wilson debate at Princeton University: “If the controversy over Wilson results in a heightened awareness that all our heroes are flawed, it will be a debate worth having.”

• I appreciate Ulrike Elisabeth Stedtnitz’s wider historical perspective on a question I’ve asked recently: What do evangelicals think about refugees?

• And for something completely different… My (nearly six year old) children are such big fans of The Great British Bake Off that they’ve taken to calling their mother “Mum.” Will an American holiday version of #GBBO work?