Already I’ve read a couple of commentaries on yesterday’s announcement that Eastern Mennonite and Goshen had left the Council for Christian Colleges & Universities (CCCU) rather than continue on as affiliate members, a step that was opposed by 25% of CCCU member presidents. I’ll withhold my own reflections until I’ve had a chance to post my interview with CCCU academic VP Rick Ostrander, but I don’t think it would surprise anyone to know that I resonate strongly with John Fea’s conflicted take: 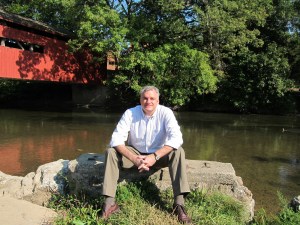 This is a sad day for the CCCU. Eastern Mennonite was a charter member of the council.  With both Eastern Mennonite and Goshen gone, the CCCU has lost much of its Mennonite voice–a brand of Christianity committed to social justice, peacemaking, and a cautious approach to nationalism. (Bluffton University, Fresno Pacific University, and Tabor College are Mennonite schools that remain in the CCCU).

The bottom line is that the CCCU has always maintained, in writing, a traditional view of Christian marriage. (Or at least that is how I understand this statement).  By resigning, EMU and Goshen did the CCCU a big favor.  The CCCU dodged a bullet this time, but I don’t think this issue is going away anytime soon. In the meantime, its membership will continue to embrace traditional marriage as a mark of fellowship.

John was also quoted to this effect in Scott Jaschik’s story this morning in Inside Higher Ed. That story added some interesting comments from Loren Schwartzendruber, the outgoing EMU president who had to resign from the CCCU board:

Asked if the departures of Eastern Mennonite and Goshen from CCCU might have allowed less tolerant institutions to win a battle over equity, Swartzendruber said, “That’s a valid perspective, but I don’t worry about that too much. We’re attempting to follow our mission as founded by the Mennonite Church and our goal is to be faithful to our own mission. My own perspective is that Christian witness is strengthened by diversity.”

Jaschik contacted Everett Piper, president of Oklahoma Wesleyan, to ask if that school would return to the CCCU, a step that council president Shirley Hoogstra had left open as a possibility:

But the president of Oklahoma Wesleyan said in an interview that his university would not be coming back. He said that he was concerned by how CCCU handled the issue, and that the failure to immediately take action when two member colleges accepted same-sex marriage troubled him. “The propensity to engage in prolonged conversation with the apparent desire to come to a creative consensus or compromise has made me feel uncomfortable, and I think we’ve made the right decision,” he said.

1. How many CCCU members would have left had the two Mennonite schools not withdrawn? 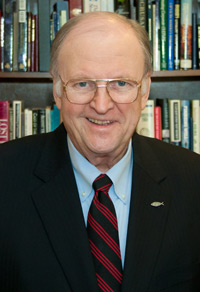 Opinion was widespread, even among some of their critics, that Goshen and Eastern Mennonite had spared the CCCU significant damage by leaving. Colorado Christian president Bill Armstrong told WORLD Magazine that he “made a point of saying to my colleagues on the conference call [of CCCU presidents yesterday afternoon] that I really commend Goshen and EMU for doing the honorable thing…. If they had not done so, they would have left the board and the membership of the council in a very difficult position.”

Two weeks before his school preemptively withdrew from the CCCU in August, Union University president Dub Oliver had told WORLD that upwards of forty members might leave the council if it did not respond quickly to Goshen and EMU. The CCCU statement yesterday said that when the board surveyed member presidents during the consultative process, a quarter (about 30) indicated that they would not support retaining the Mennonite schools even as affiliate members.

But how many would have actually followed Union and Oklahoma Wesleyan out the door had EMU and Goshen remained in the CCCU in some capacity? Fea estimated that “probably more than a dozen” conservative schools would have left. Schwartzendruber wouldn’t give a number, but he told IHE that “a major split” most likely would have resulted, a schism “substantial enough that clearly it would result in major financial revenue losses” for the CCCU.

Cedarville University would have left if Goshen and EMU had remained, according to both Inside Higher Ed and WORLD, and the latter publication suggested the same of Colorado Christian and College of the Ozarks.

2. Are other CCCU members considering a Goshen/EMU-like change to their employment policies?

One in five CCCU presidents approved of Eastern Mennonite and Goshen retaining full member status. That, by itself, does not necessarily signal changes in those institutions’ hiring policies with respect to sexuality. But the CCCU statement did at least anticipate the possibility of such scenarios, in setting up a task force to clarify the council’s “associational categories” by next year:

During the task force working period [progress report due in January, final recommendations by next July], if any member institution changes its hiring policies relative to the historic Christian view of marriage, that institution will move to a “pending” status and be referred to the task force. While the task force will not decide, it will recommend to the Board how the pending institution could fit into the new categories.

WORLD reporter J.C. Derrick said that several CCCU members presidents told him “they are not aware of any other member schools considering similar changes.”

As I wrote yesterday, stay tuned…